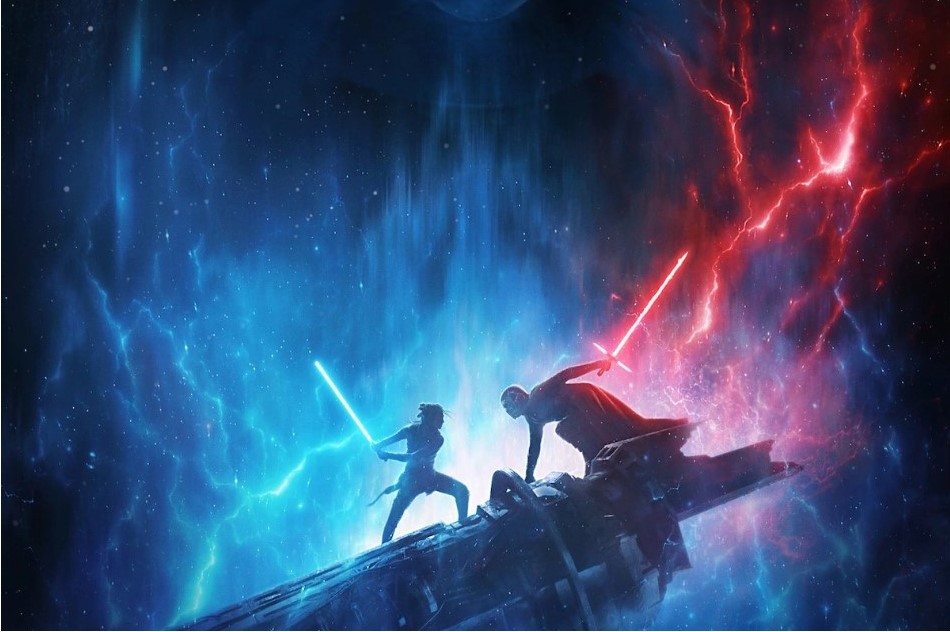 The sci-fi tale of Star Wars is about to conclude the saga with its longest movie in the entire 9 episode chronicle. Here’s the final trailer showcasing some key moments.

As viewers might have noticed, the trailer confirms that Rey and Kylo Ren will both join forces in the final installation of the saga. Rey and Kylo Ren are seen smashing an effigy of Darth Vader, but Kylo Ren is still seen wielding a red lightsaber, the colour synonymous to the Sith.

Up until today, details of the plot are still vague, yet like death, taxes and hatred of ewoks, leaks are bound to happen. We’ve stumbled upon one major story element which pretty much spoils the upcoming conclusion like how Jar Jar spoiled The Phantom Menace.

Spoilers abound. And in case you ain’t clear about it, we’ve prepared nine lines of ‘Spoiler Warning’ to coincide with the ninth instalment of the saga.

Leaks have surfaced online, indicating that the relationship between Rey and Ren goes deeper than it seems.

According to the source of the leaks, Reddit user u/Josh_Den_of_Nerds, these newly leaked images are allegedly in the concluding arc of the film, showing Kylo Ren with his mask off wielding a new lightsaber in a colour typically associated with the Jedi.

We have found theories suggesting that Ren is wielding Anakin Skywalker’s lightsaber while Rey proudly wields General Leia’s previously unrevealed lightsaber. Could this scene be moments before fighting a resurrected Emperor Palpatine? Who knows.

Alright, feast your eyes upon these holy leaks that might last a few hours before Disney decides to execute this article.

These pictures were reportedly confirmed by leaker Jason Ward of Making Star Wars. Leaks regarding the movie have been quite wild recently. There were even spoilers revealing many of the images and key moments from the final trailer before it was released on Monday.

So far, Disney has been very fervent on taking these leaks down. For example, most of these pictures were taken down off of the Star Wars Leak subreddit only a few hours after the pictures were posted. There’s no telling if this post will get the same treatment.

The conclusion will finally be revealed when Star Wars: The Rise of Skywalker hits your local screens on 20 December. Save the date.

[Report] Project Scarlett Next-Gen Xbox Is Only One Console