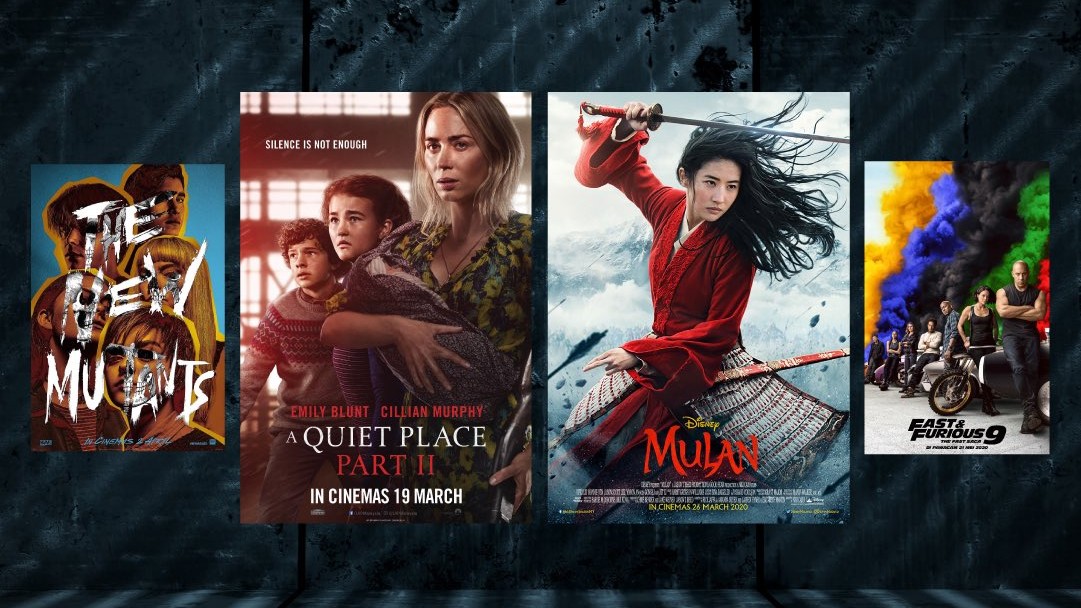 Now that the Covid-19 Coronavirus has officially been declared a pandemic, the entertainment industry is taking more dire precautions, including postponing and delaying the release dates for major upcoming movies. These include four that was supposed to premiere sometime in this month and the next.

Disney’s Mulan was originally slated to premiere on 27 March 2020 but has since been postponed indefinitely to an unspecified date. This was confirmed by the director, Niki Caro, who post the following message on her Instagram:

“We are so excited to share this film with the world, but given the current ever-shifting circumstances we are all experiencing, unfortunately, we have to postpone the worldwide release for Mulan for now.

Our hearts are with everyone the world over who is affected by this virus, and we hope that Mulan’s fighting spirit will continue to inspire those who are working so hard to keep us safe.”

Meanwhile, The New Mutants (which has previously been delayed several times in the past few years) and A Quiet Place Part II have also been postponed to an unspecified date. The former was initially slated for 2 April 2020, while the latter was supposed to premiere on 19 March 2020.

Last but not least, United International Pictures has announced that Fast & Furious 9 will now be releasing next year in April 2020, instead of its initial release date of 22 May 2020.

These are the major upcoming movies that have been postponed and delayed due to the Covid-19 Coronavirus outbreak so far: