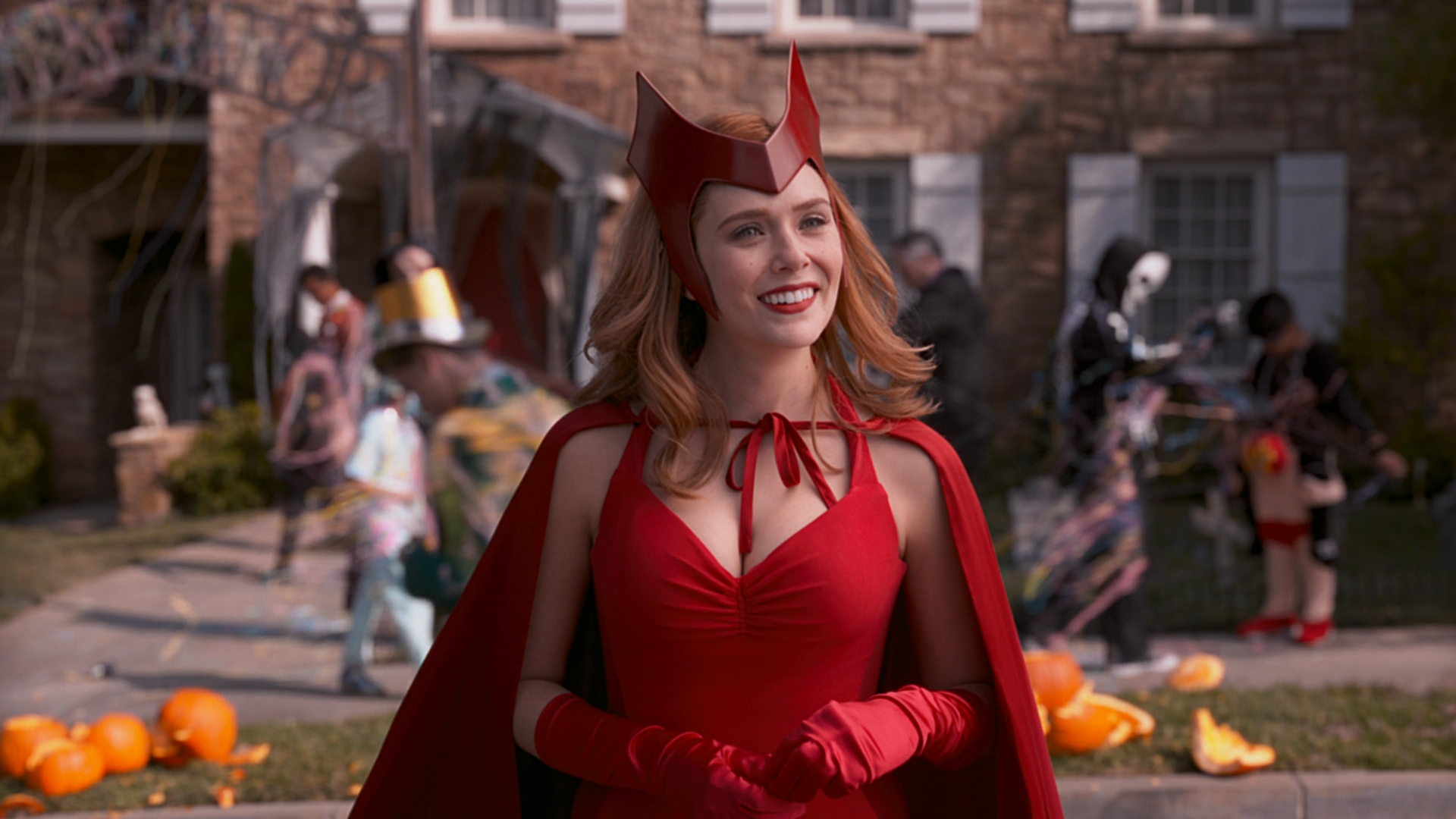 In WandaVision Episode 6, we’ll finally see what will happen following that shocking ending from Episode 5.

Iâ€™ll be discussing heavy spoilers fromÂ WandaVision Episode 6 so if you havenâ€™t seen them or want to avoid spoilers, nowâ€™s your chance to stop reading. If you havenâ€™t, you can check out my previous articles on the first two episodes,Â Episode 3Â andÂ Episode 4.

Several of the characters wear their comics-accurate costumes for Halloween, including the following:

Tommy And Pietro (Speed And Quicksilver)

Speed Gets His Powers

We finally get to witness Tommy AKA Speed’s powers in action, and just like in the comics, he has super speed like his uncle, Pietro AKA Quicksilver.

SWORD Director Hayward Has His Own Agenda (And What Is Project Cataract?)

SWORD director Hayward is tracking Vision for some reason (via his unique Vibranium body) and he’s not telling anyone else about it. In WandaVision Episode 6, we can also see him exhibit clear antagonism and prejudice towards superpowered individuals, as he blames them for the Blip.

Even though Jimmy, Monica and Darcy have decided to go against Hayward’s wishes, not even they understand what the SWORD director is trying to do. Why is he only tracking Vision? Later in the episode, he doesn’t even try to help Vision when the Avengers attempts to escape from Westview. What are his plans?

Most importantly, what the hell is project Cataract? It’s some sort of weapon? I don’t think there’s any precedent for anything called Cataract in the comics, but I could be mistaken. We’ll have to wait and see.

After speaking with her brother Pietro, Wanda suddenly says the word Kick-Ass, which might be a reference to the 2010 movie Kick-Ass. What’s the connection, you ask? The movie starred both Aaron Taylor-Johnson and Evan Peters, both of whom have played different versions of Quicksilver. With how meta WandaVision is at times, it wouldn’t be surprising if the writers sneaked in this sly easter egg into the dialogue.

People On The Edges Of Westview Are Barely Alive Or Aware

It looks like Wanda’s powers have limits. Vision (and the SWORD trio Jimmy Woo, Monica Rambeau and Darcy as well) discovers that people who live on the edges of Westview (whom Wanda rarely directly interacts with) are barely moving or aware. Perhaps she’s not powerful enough to sustain the Hex for everyone in Westview.

… Agnes, who is seemingly in the same boat as the other denizens of Westview. She knows that Vision is supposed to be dead, but it seems like she herself is under the same Hex and apparently can’t do anything about it. If this is true, then perhaps she’s not who we think she is. maybe she’s not Agatha Harkness, or maybe she’s pretending to be confused. We still don’t know yet.

What’s interesting is that Vision can also return Agnes back to her Hex state by touching her again.

I might be wrong, but this looks like an easter egg reference to acclaimed comic book writer Warren Ellis. I’m not entirely sure why he’s been included as an easter egg. He hasn’t written much for Marvel, but perhaps the clues lie in the comics he’s previously done. For now, though, I have no idea if this means more than just a shoutout to the writer.

Darcy points out that Monica’s cells have been re-arranged on a molecular level twice, which means that she might have been permanently altered by her experiences in Westview. In the comics, Monica Rambeau has the power to transform herself into any form of energy within the electromagnetic spectrum.

What’s interesting is that even in the comics, she unlocked her powers after getting bombarded and exposed to extra-dimensional energies, which is very similar to what’s happening to her in WandaVision.

Will we see the birth of a new Captain Marvel (she has also gone by the names Photon and Spectrum)? Time will tell.

Pietro Somehow Already Knows That Wanda Is Causing The Hex

Somehow, Pietro already knows that Westview is fake and that Wanda is causing the Hex effect. How does he know? Is he even Pietro, or some kind of entity? It’s still possible that he might turn out to be something else (my predictions are Mephisto, Chthon or Enchantress).

Vision tries to escape Westview but fails as he finds himself bound to the Hex energy (which is probably what’s sustaining him). Perhaps it’s true after all, he can’t leave the boundaries of Westview without dying.

Billy Gets His Powers Too

Billy manages to stop Tommy with his hands, confirming that he also has powers. However, his is similar to Wanda’s, just like in the comics. In the MCU, his energy has a blue hue, in comparison to his mother’s reddish hue.

Wanda Can Expand The Borders Of Westview

When Wanda finds out that Vision is dying outside the boundaries of Westview, she accomplishes something astonishing. She can expand the borders of Westview, thereby absorbing and assimilating most of the SWORD agents, including Darcy.

As a conclusion, WandaVision Episode 6 was an eventful one, but it doesn’t really answer any of our biggest questions yet. However, things will most assuredly be very, very different in the next episode. With three episodes left, it’s getting more and more epic. Stay tuned for next week, true believers.