Thankfully with the positive reviews,, Nier Replicant ver 1.22 will get the recognition it deserves for 2021’s gaming market. So what actually led to Square Enix letting developer Toylogic work on the remake?

Simple: Toylogic had a number of folks from Cavia, the team that made the original 2010 Nier and its prequel Drakengard, according to Saito.

“There were various reasons, but the most decisive one was that some of the members of the original NieR Gestalt/Replicant development team were working at Toylogic.”

Saito also said that there wasn’t much changed up in terms of world-building and setting since all that was established in a concrete manner since 2010. However, the game’s quality basically followed what made Nier: Automata good. None of this would be possible if the sequel and its success didn’t exist.

“We wanted to allow players who discovered the NieR series through NieR:Automata to get as much enjoyment out of playing this first game. It was important to let those people enjoy this original setting in the same way they did Automata – with high-quality, fast, and dynamic action in three dimensions. I think the game has become much easier to play now”. 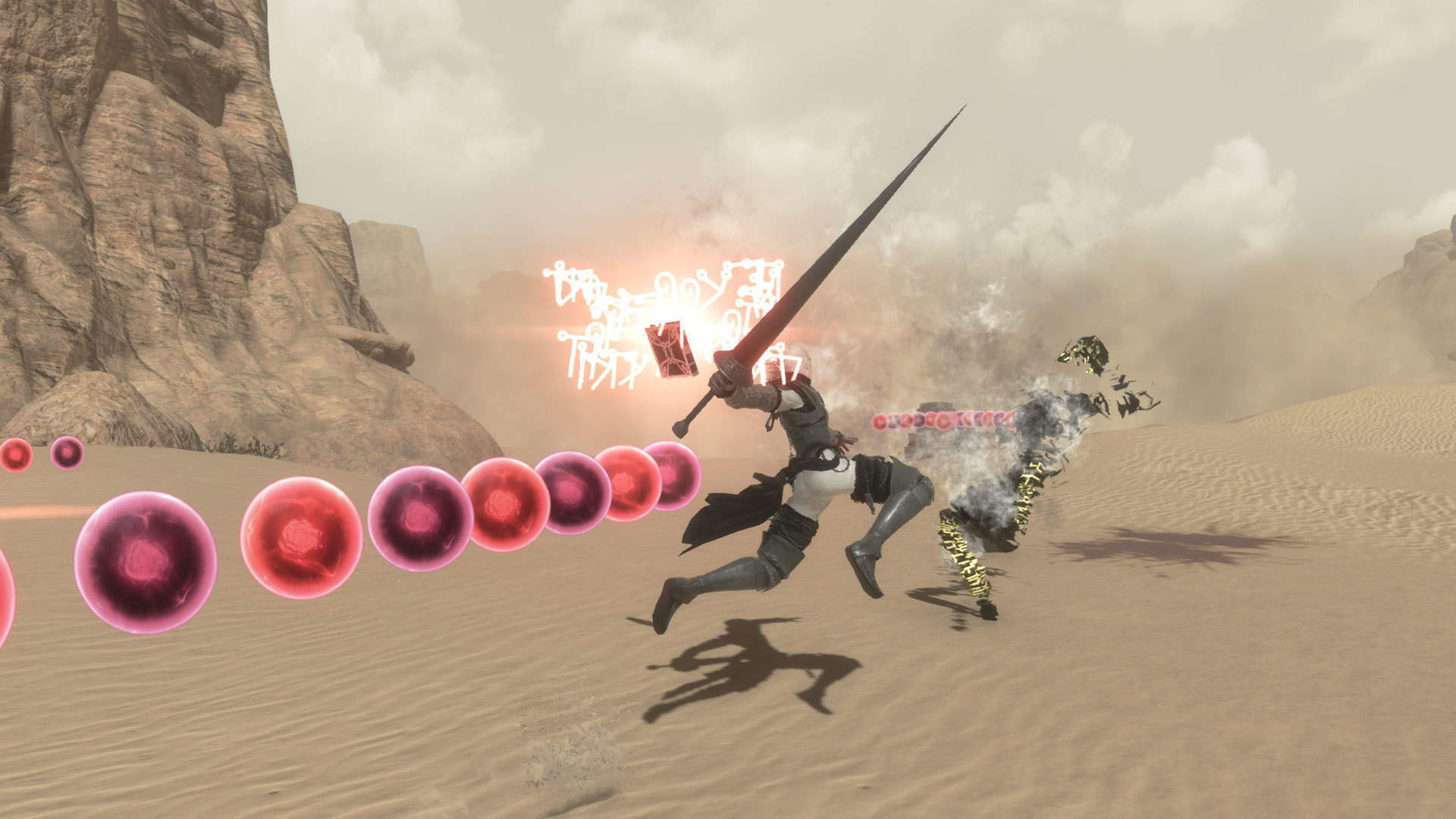 “We wanted the gameplay to feel like it was our own experience,” said Ito, “in sync with the story of our protagonist, â€˜who uses his own sword and his own evil magicâ€™ to â€˜slaughter monsters for what he cares aboutâ€™. Many of these changes are in the form of modifications to the player actions.”

Updating battle mechanics & making the story/gameplay balance work in the remake was quite a feat for the Toylogic team, but they succeeded. Saito Ito said this is because they had to make a system that is in-sync with the main character’s self-taught nature who happens to wield dark magic from a talking book. Who also happens to hate the world’s shades with a passion.

“In order to create a sense of immersion in the “heartbreaking story” that is one of the most appealing aspects of NieR, we created a combat system that allows you to synchronise with the main character, so that you feel as if you are naturally using the sword and magic.

You can now mix and match swordplay and magic in a free, versatile, and speedy manner. For example, if you shoot the Dark Lance while dashing, you’ll slide sideways with the same momentum, or if you unleash the Dark Hand after a weapon attack, it’ll turn into an uppercut that launches the enemy.

These are just a few of the ways in which the magic will respond to your actions in different ways. The reason for these changes is that NieR: Automata was a great game that lets you enjoy a fast, free, and three-dimensional style action.

We thought it was essential that this game, which is part of the same series, had the same kind of feel.”

The other tough parts in making Nier Replicant’s combat work? Adjusting enemy AI to fit with what the player does, since it’s now on a brand-new combat engine. And also raising the quality of the action to satisfy Taura Takahisa of PlatinumGames, who happens to be part of the Nier Replicant project as an advisor.

Both Saito and Ito were rather cagey and quiet about the future plans of Square Enix in regards to the franchise, future co-developing partners for future games, and the next plans from Toylogic. Still, they did share which character they resemble the most from the franchise:

Yosuke Saito: The old villager who owns a dog. I have a dog myself and I think I would be very sad if he disappeared.

Saki Ito: I’ve never thought about it… I don’t know, maybe Tyrann? A cynical person who doesn’t believe in goodness – a tease, but also pure and single-minded. Also, dies of evaporation when exposed to the sun. I am basically a person who likes to stay in my room……

Keeping true to the brand known for having its director Yoko Taro going out in public wearing Emil’s face. After all, if the game doesn’t sell well, they may have to start selling copies from the back of a van. True story. 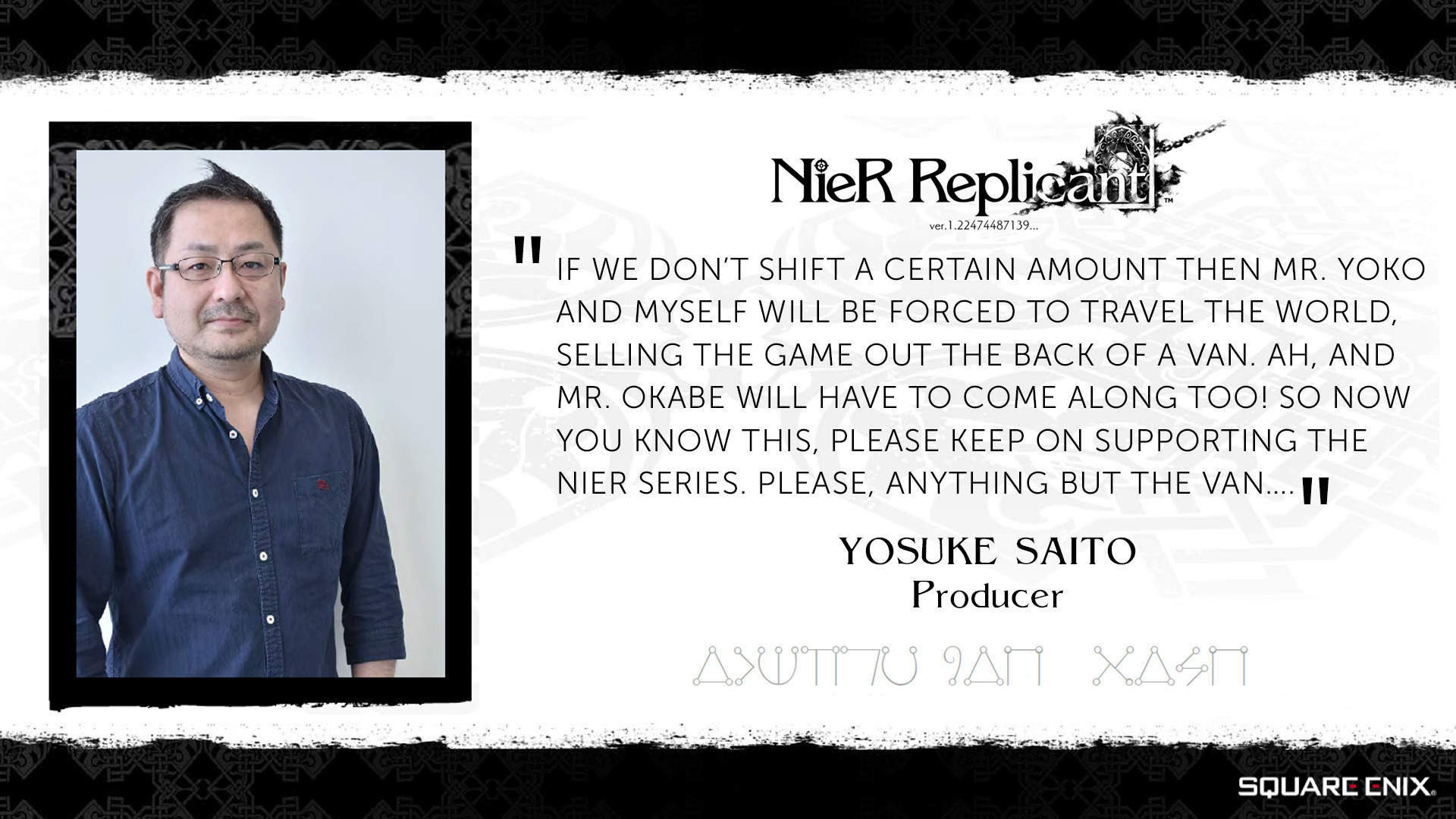 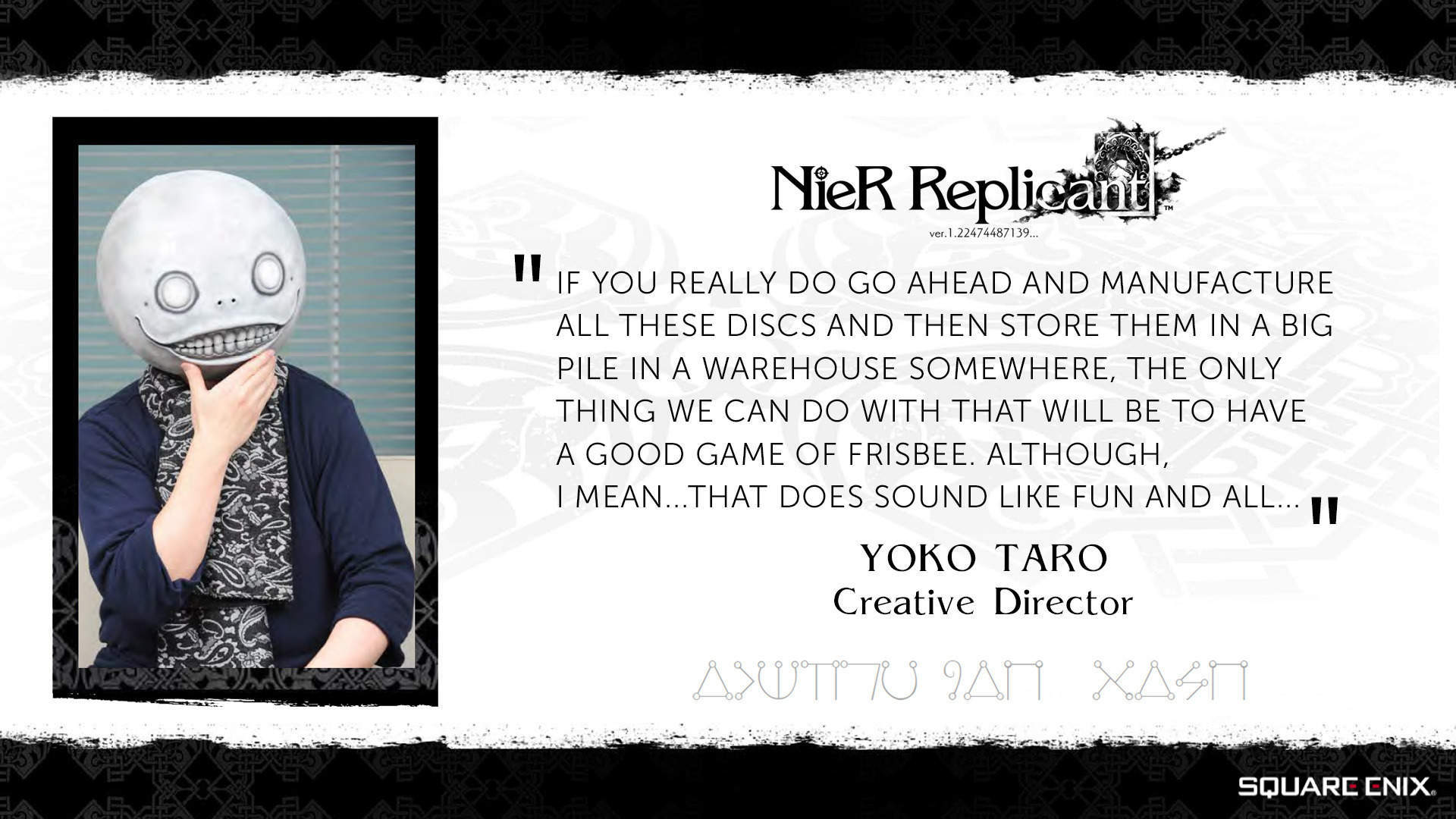 For more Nier Replicant gameplay videos and walkthroughs, head over to our YouTube channel. Mind the spoilers.

*This article originally appeared on Spout360.comÂ  We met Kazunori Yamauchi a.k.a the â€œGrandfather of Gran Turismoâ€ at the recent PlayS...

Platforms: Xbox Series, Xbox One, PC, PS5, PS4 Genre: Online-only looter shooter from the folks behind Bulletstorm To my horror, the gamertags at the ...

Feature
Jurassic World: Dominion Ends On A Satisfying Note For Fans; Here's How

Jurassic World: Dominion is out now in Southeast Asian cinemas, and if you love dinosaurs and action, you'll love the show. If you love organic plotli...