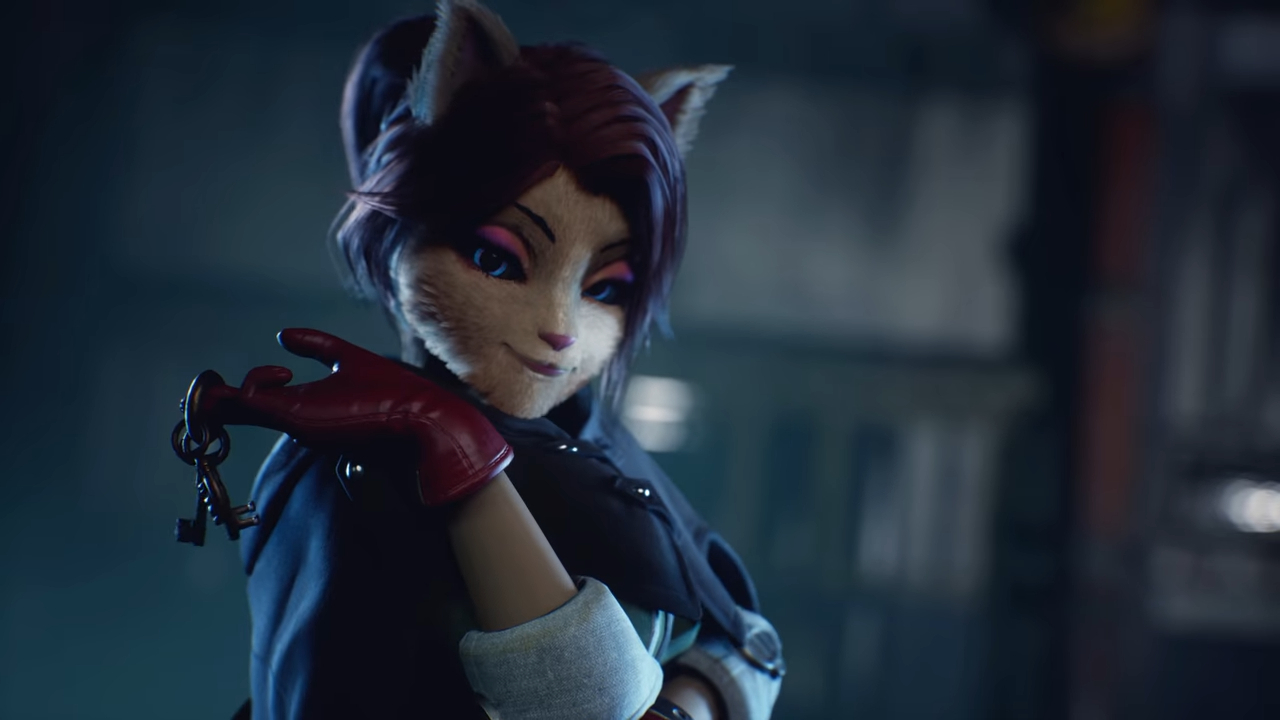 Prowling stealthily across rooftops or tearing through the streets of Blackreef in a hail of bullets. Finding a hidden entrance or busting in through the front door. There are many ways to reach your targets in DEATHLOOP. Our target in this extended look at the game is the Visionary Aleksis â€œThe Wolfâ€ Dorsey.

Watch Colt infiltrate his well-guarded nightly party and take him down.

Death Stranding Director’s Cut releases for the PS5 on 24 September 2021.

In the future, a mysterious event known as the DEATH STRANDING has opened a doorway between the living and the dead, leading to grotesque creatures from the afterlife roaming the fallen world marred by a desolate society. Take on the trials of Sam Bridges with advanced combat, explore new locations with extra missions and minigames, experience an extended storyline and much more.

Here is an overview of the game, via Polyarc:

Quill is back! InÂ Moss: Book II, the story picks up right where things left off following the successful rescue of Quillâ€™s uncle Argus. Your adventure continues with the revelation that a winged tyrant leading the Arcane forces has turned its focus on Quill and is now on the hunt for her within the hexed castle where her uncle was held captive.

Lined with dangerous terrain, challenging puzzles, and enemies twisted in fire and steel, Quillâ€™s journey will be tryingâ€”filled with triumph and heartbreak alikeâ€”but new allies, old friends, and the very nature of the castle itself can help as she works to save the world from a great unmaking.

Here is an overview of the game, via IllFonic:

Rise up and play with up to three friends in this ever-evolving cooperative multiplayer shooter. Explore multiple biomes, mini-games, find hidden chests, and defeat numerous enemies and bosses.

Gilly, the owner of a local arcade, is trying to save his business from a faceless mega-corporation. To do so he takes all the top arcade games and connects them all to make a super game, unfortunately, the mega-corporation, Fun Fun Co. hacks the game and injects a virus. You and your friends need to save the game and the last hometown arcade.

This ever-evolving multiplayer shooter allows you and up to three friends to explore multiple biomes, mini-games, find hidden chests and defeat numerous enemy types and bosses. Arcadegeddon is a cooperative multiplayer experience that provides a mix of PVE and PVP experiences that allows for all different speeds of play. As you continue to play you can take on additional challenges from the local â€œgangsâ€ that hang out in Gillyâ€™s Arcade. These will earn you much more than street cred. Speaking of street cred, earn your spot on the leaderboards.

Here is an overview of the game, via Gearbox Publishing:

Tribes of Midgard is set in the colourful world of the ancient Norse. Since the dawn of the Nine Realms, the Seeds of the World Tree Yggdrasil have protected and nourished Midgardâ€”what we know as Earth. These seeds are now scattered and hidden throughout the realm. Ancient evils and enemies of Asgard seek to extinguish these flickering remnants of life to bring about Ragnarokâ€”the end of the world. Your mission? Protect the Seeds, Viking!

Youâ€™ll take control of an Einherjar, a glorious Viking hero in Valhalla, hand-picked by the Valkyries to protect the Seeds and save Midgard.Â Tribes of Midgard is designed from the ground up with both solo and co-op play in mind, so bring as many as nine other Einherjar with youâ€”the game automatically balances the challenge based on your party size. Youâ€™ll work together to bolster your defences, venture into the unknown wilderness, defeat monsters and Giants, and more! Choose among eight different classes and numerous combat styles that suit your playstyle.

F.I.S.T.: Forged in Shadow Torch will launch for Ps5, Ps4, and PC via Steam on 21 September 2021, publisher Bilibili and developer TiGames announced.

Here is an overview of the game, viaÂ PlayStation Store:

After the animals of Torch City were defeated by the invading Robotic Legion in the Resistance War six years ago, former Resistance fighter Rayton the rabbit has kept a low profile. The arrest of a friend meant he had no choice but to put on his giant metal fist and fight against those oppressing him. Little did he know that he would soon be caught up in a maelstrom of conspiracies involving the Legion, the Resistance, and the Rat Gang.

Hunterâ€™s Arena: Legends will exit Early Access for PC and launch for PS5, PS4, and PC via Steam on 3 August 2021, developer Mantisco announced.

Here is an overview of the game, via itsÂ Steam page:

In ancient Asia, once existing peace was shattered by Demons set free by an unknown power. Sensing great danger, Hunters around the world gathered as one to stop the spreading chaos.

However, the Hunters soon found out that none other than one of their own, a Hunter, has broken the seal and released the Demons into the world.

With no one to trust, the Hunters must now fight off demons as well as point blades at each other.

Art of Timing and Decision Making

Hunterâ€™s Arena: Legendâ€˜s combat system resembles the fighting action of a martial arts film. The core gameplay centres around aerial combos against enemies and decisively countering your opponent to turn the fight around.

There are many ways to get around and stay on top of your enemies.

Use Quickstep at the right moment to bring the fight to your pace or use Martial Arts to neutralize enemy guard.

However, there are always high risks to using these abilities. Being countered while using Martial Arts could instead put you in a Groggy state and using Quickstep away from your enemies could leave you prone to enemy projectiles.

Threats of PvP and PvE

Hunterâ€™s Arena: Legend is designed to provide a one of a kind experience in a battle royale. Being said, you will encounter both PvP and PvE elements in your gameplay. For fans of PvE, you will be able to explore dungeons and slay boss demons to loot rare items and grow stronger. For fans of fast-paced PvP battles, you can hunt other Hunters to level up and prove yourself as the ultimate Hunter.

In Trio Mode, you will team up your friends or other players in a team of three to achieve victory. You will enter the arena in Trio to show off your teamwork or spread out to scout enemies. It all comes down to planning strategies and working as a team in Trio Mode.

Ultimately, your goal in Hunterâ€™s Arena is to survive. Therefore, going straight into a life or death battle could not always be the best strategy. Hide in a bush and wait for the right time to ambush or Drop Strike from higher grounds to deal massive damage to unsuspecting enemies.

We look forward to your personalized strategies.

You will be able to choose from 17 unique Hunters each time you enter the arena.

Each Hunter has a distinct combat style and is a master of Eastern swordplay and powerful spells. Try customizing your Hunter and show off your style in battle with countless weapon skins and emotes.

Prove yourself as the ultimate Hunter by surviving in this treacherous world. InÂ Hunterâ€™s Arena: Legend, you can temporarily team up with your enemies to hunt boss demons which can soon turn into a deadly battle for rare loot. Conquer the arena to survive as the last remaining Hunter.

Slolap has delayedÂ Sifu from its previously planned 2021 release window to early 2022. It will be available for PS5, PS4, and PC via the Epic Games Store.

Here is an overview of the game, via Sloclap:

Sifu tells the story of a young Kung Fu student who has spent their life training for a day of reckoning after the brutal murder of their entire family by a mysterious assassination squad. Hunt down the murderers one by one as you explore gang-ridden suburbs, hidden corners deep within the city, all the way to the cold hallways of corporate towers. Adaptation and careful positioning are the keys to your survival and you must use everything at your disposal to succeed in your lifeâ€™s mission.

Sifuâ€˜s unique gameplay sits at the crossroads of two established and popular genres, mashing the intensity and timeless thrill of beat em ups with the gripping design of 3D character action games. Set against a detailed backdrop of a fictional Chinese city, you will uncover an ancient mystery via a series of difficult confrontations that will test your skills to their limit. To overcome the odds that are heavily stacked against you, youâ€™ll need to rely on your mastery of Kung Fu, and on a magical pendant that will revive you after death. The cost of magic is dear, however, and you will age significantly every time you come back to life: time is the price you will pay for your revenge.

Kung Fu is a path for the body and the mind. Learn from your errors, unlock unique skills, and find the strength within yourself to master the devastating techniques of Pak-Mei Kung-Fu. Your familyâ€™s legacy depends on it.

Here is an overview of the game, via Superbrothers and Pine Scented Software:

JETT: The Far Shore invites you on an interstellar trip to carve out a future for a people haunted by oblivion in this cinematic action-adventure. As scout and â€œanchoriteâ€ Mei, be the first to deploy to a mythic ocean planet. Take the helm of a â€œJettâ€ and explore a vast unknownâ€”skim low over waves, roar up pristine coastlines and carve through otherworldly woods. Adapt to an intricate, systemic open world and persevere through adversity alongside an intimate ensemble in this story of courage, wonder and regret.

Take up the sword as Tanjiro Kamado, a Demon Slayer who is on a journey to avenge his murdered family and restore his sister Nezuko; who was transformed into a demonâ€”back to human form, and defeat the demons that threaten humanity!

Lost Judgment, the sequel to hit legal thriller Judgment, releases worldwide on 24 September 24 2021 for PS5 and PS4. Pre-order the Digital Premium Edition or Digital Ultimate Edition and get early access to Lost Judgment starting from 21 September 2021.

From the creators of the Yakuza series, Lost Judgment weaves noir narrative and action-packed investigations into a mystery thriller. With fresh cases to crack in a new location, take control of street-fighting detective Takayuki Yagami in Ryu Ga Gotoku Studioâ€™s upcoming action game. Do you have what it takes to solve the perfect crime? And also balance your undercover school life featuring bike rides, dance-offs, dog-walking, and amateur boxing?

Capcom Accused Of Copying Movie Director's Monsters For RE Village