Merdekaverse Lets You Celebrate Merdeka & Malaysia Day In The Metaverse

2022 marks the 65th anniversary of Malaysia’s independence on 31 August 2022, and the 59th anniversary of the formation of Malaysia on 16 September 2022. This year for the first time ever in history, Malaysians will have the opportunity to celebrate our country’s Merdeka and Malaysia Day in the metaverse.

Here’s what you can look forward to in the Merdekaverse; there is a myriad of Malaysia-themed games, an NFT Gallery, Tuanku Abdul Rahman’s momentous Merdeka address and chant, a Merdeka Day parade, a Sudirman concert and more.

Having launched on 30 August 2022, www.MERDEKAVERSE.com allows anyone and everyone to experience the Merdeka celebrations at the virtual Xanadu City and Xanadu Beach, which is described by Xanadu.Asia as a phygital realm (a portmanteau denoting the combination of the physical and digital realms). Xanadu.Asia is Malaysia’s first complete and operational experiential metaverse platform. Founded by its parent company Ministry XR in 2021, they aim to host large-scale quarterly events to first and foremost, entertain Malaysians, and subsequently guide them into a new era of spatial computing within Web3.

So, what’s there to do in the Merdekaverse metaverse? First and foremost, it’s simple and easy to access because you don’t need to register or pay anything beforehand. Plus, you can head straight to the Merdekaverse from your browser; no downloading or installations are required so it won’t take up any space on your PC or laptop.

First, let’s talk about Xanadu City, which is the area that you’ll spawn in when you head over to the Merdekaverse link. You can customise your Avatar and change your name by going into the menu and selecting Avatar Customisation. There’s honestly not much in terms of variety but at least they’re still offering some customization options in terms of gender, head, top clothing, bottom clothing and shoes. 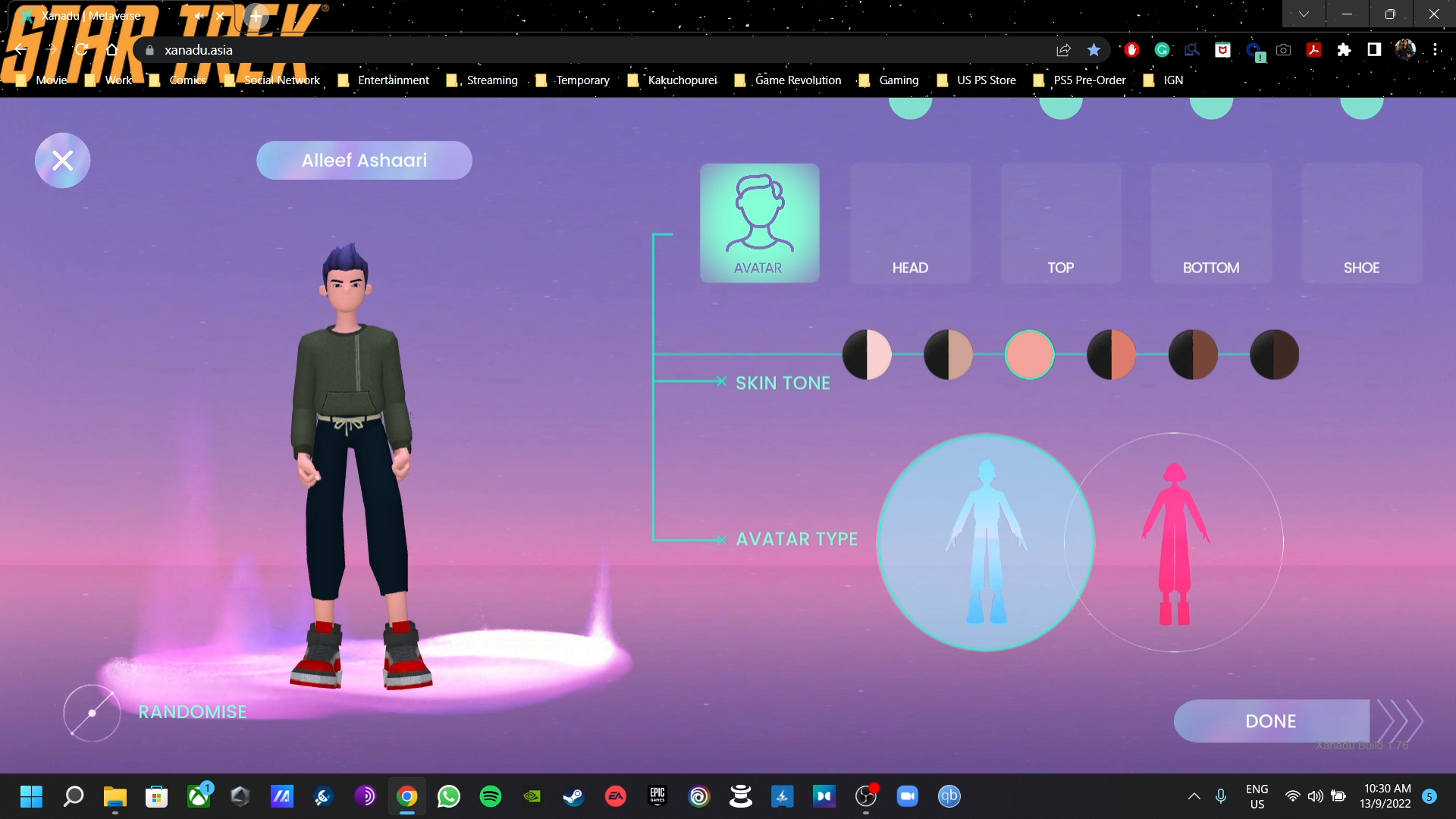 One of the first things you’ll notice after wandering around is the games. The ones that I discovered and tried out were KLCC Climb, Banjir Surf (Flood Surf) and Lari Sampai Pengsan (Run Until You Faint). They’re all fairly simple but fun little games, similar to those mobile runner titles. In all three, you basically only have to either move from side to side (KLCC Climb) and simply jump or duck to avoid obstacles in both Banjir Surf and Lari Sampai Pengsan. In all of these games, you can sync your digital wallets and stand a chance to receive Tezos Coins, a form of blockchain currency. However, you can choose to just ignore all that if you don’t want to get into all that stuff. 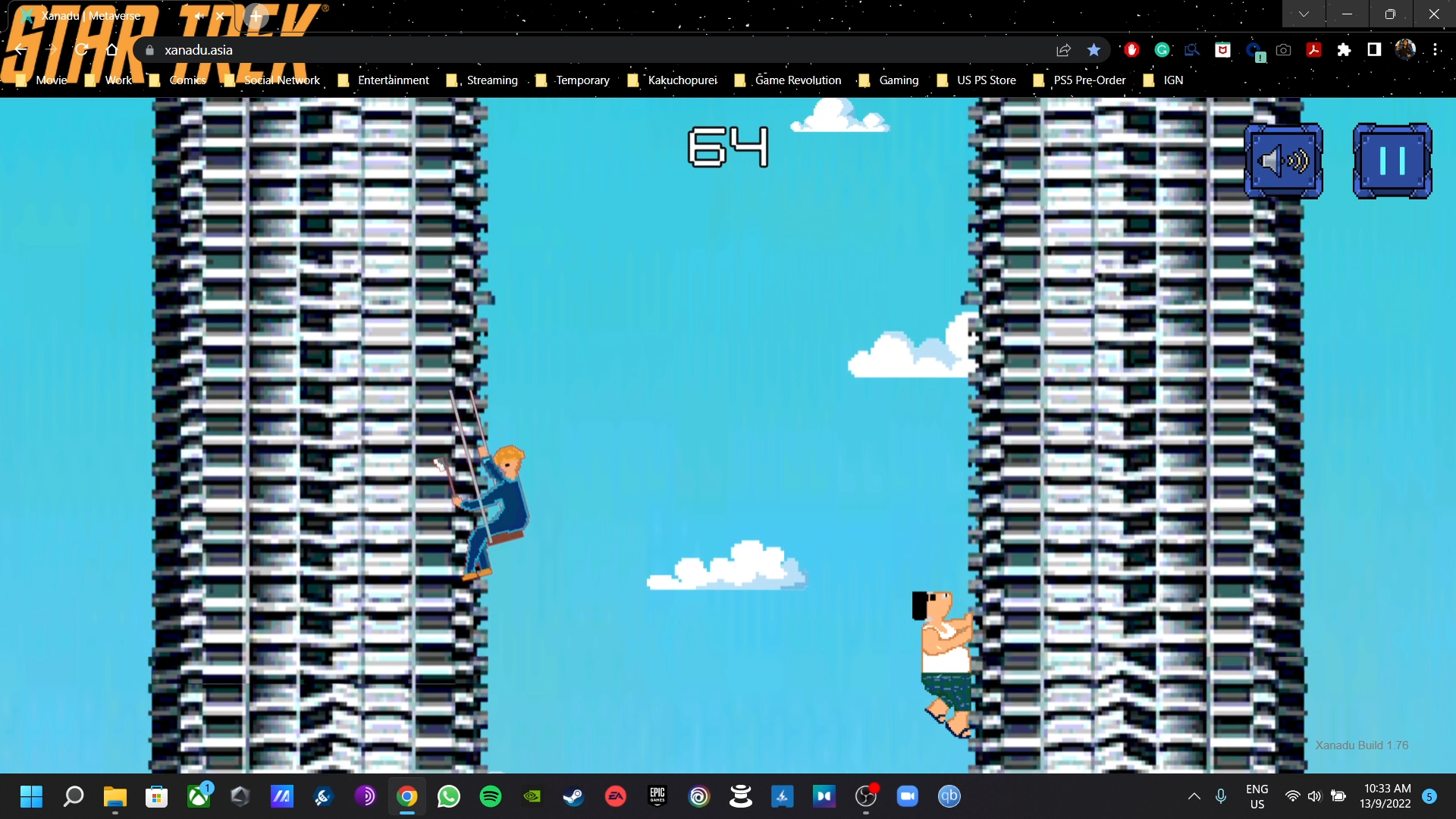 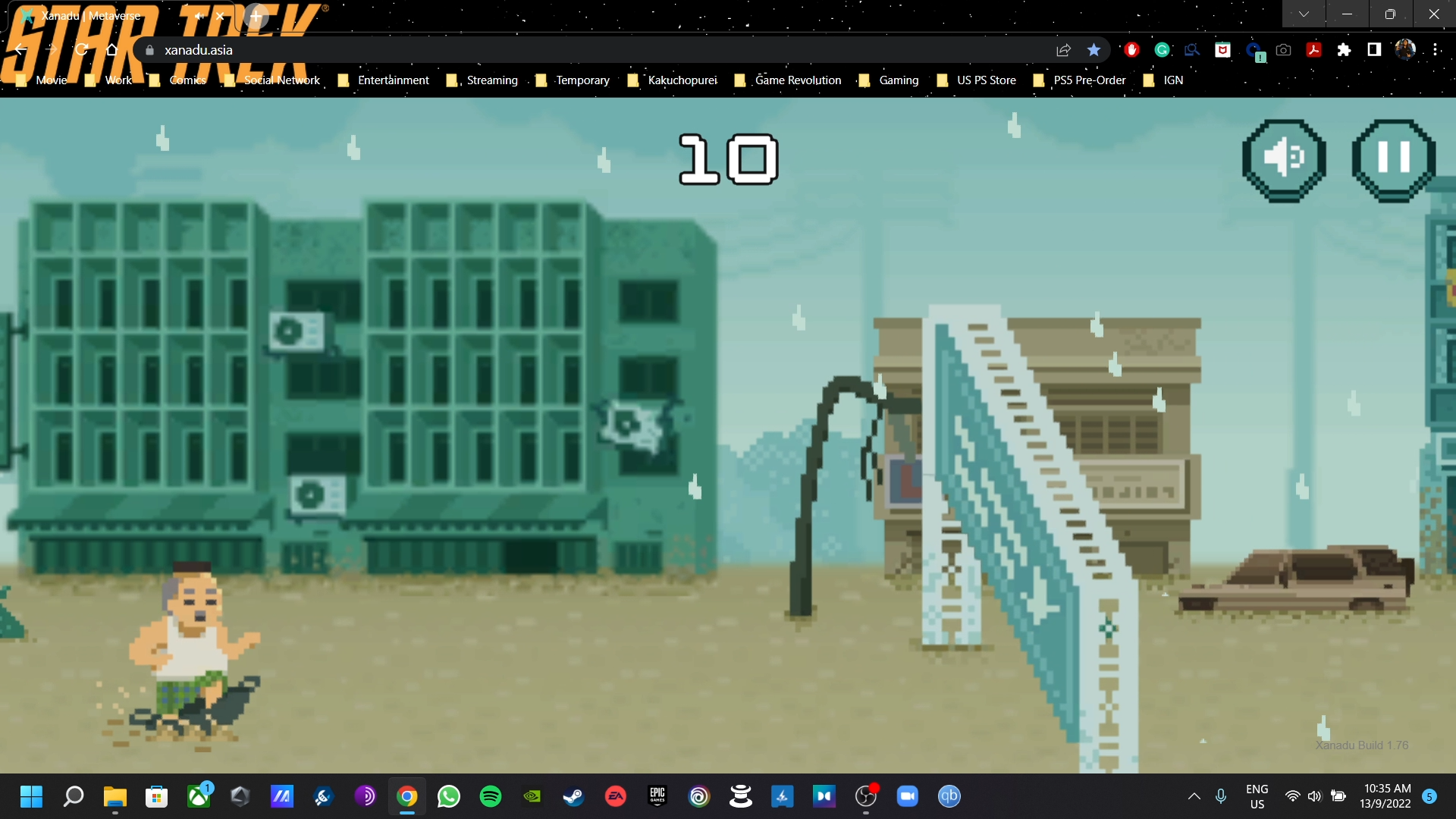 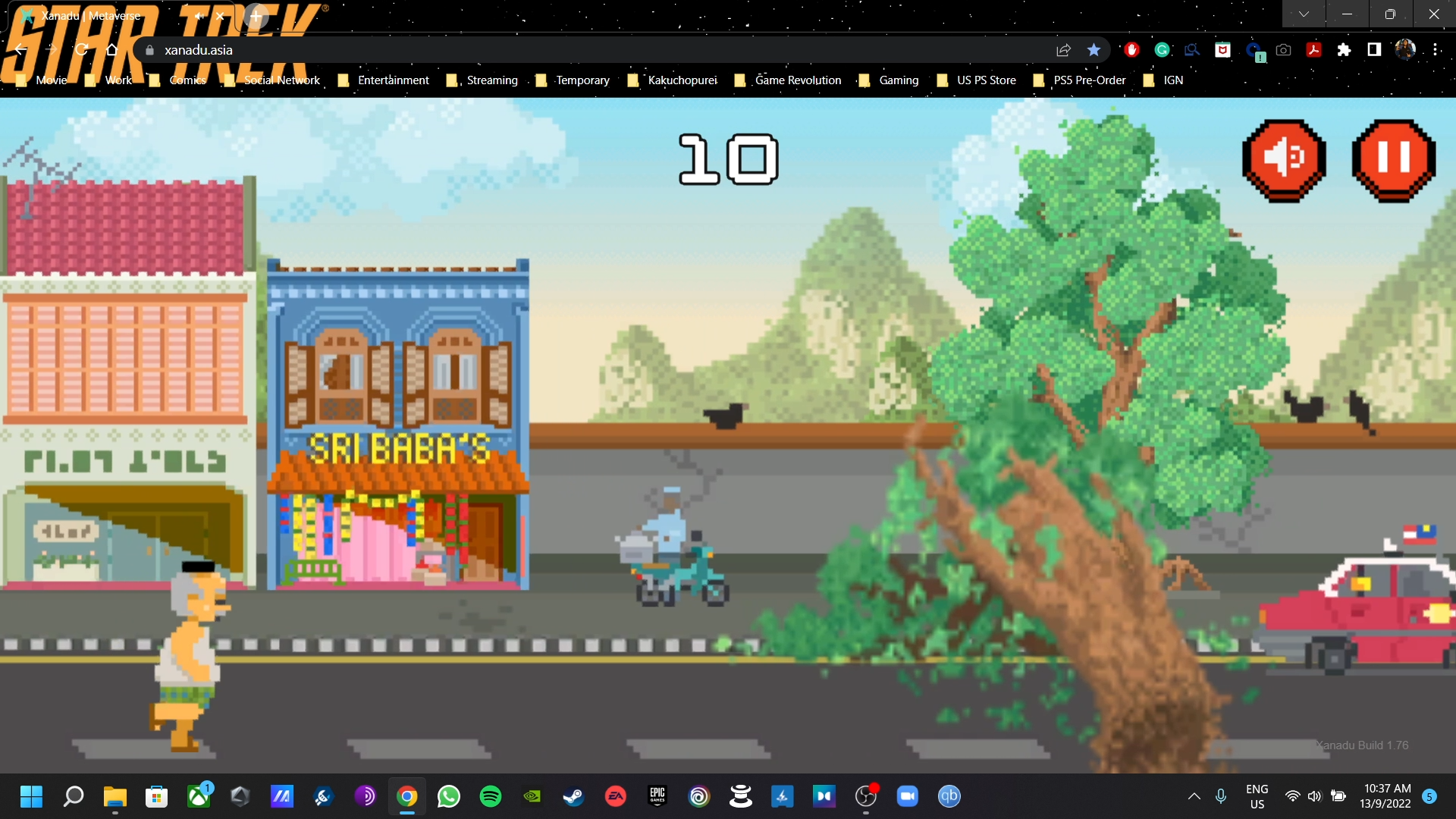 The Merdeka Parade actually starts near where you spawn in Xanadu City, and the parade will move to a marching band rendition of several patriotic songs, including Inilah Barisan Kita and more. You should follow the parade, which will end around seven minutes in, and that’s when the digital Tunku Abdul Rahman will step off his car and perform his famous Merdeka address and chant. I’m not gonna lie, hearing Tunku Abdul Rahman’s voice chanting Merdeka seven times in the metaverse could have felt cringe-worthy, but I couldn’t help feeling a sense of pride as a Malaysian. 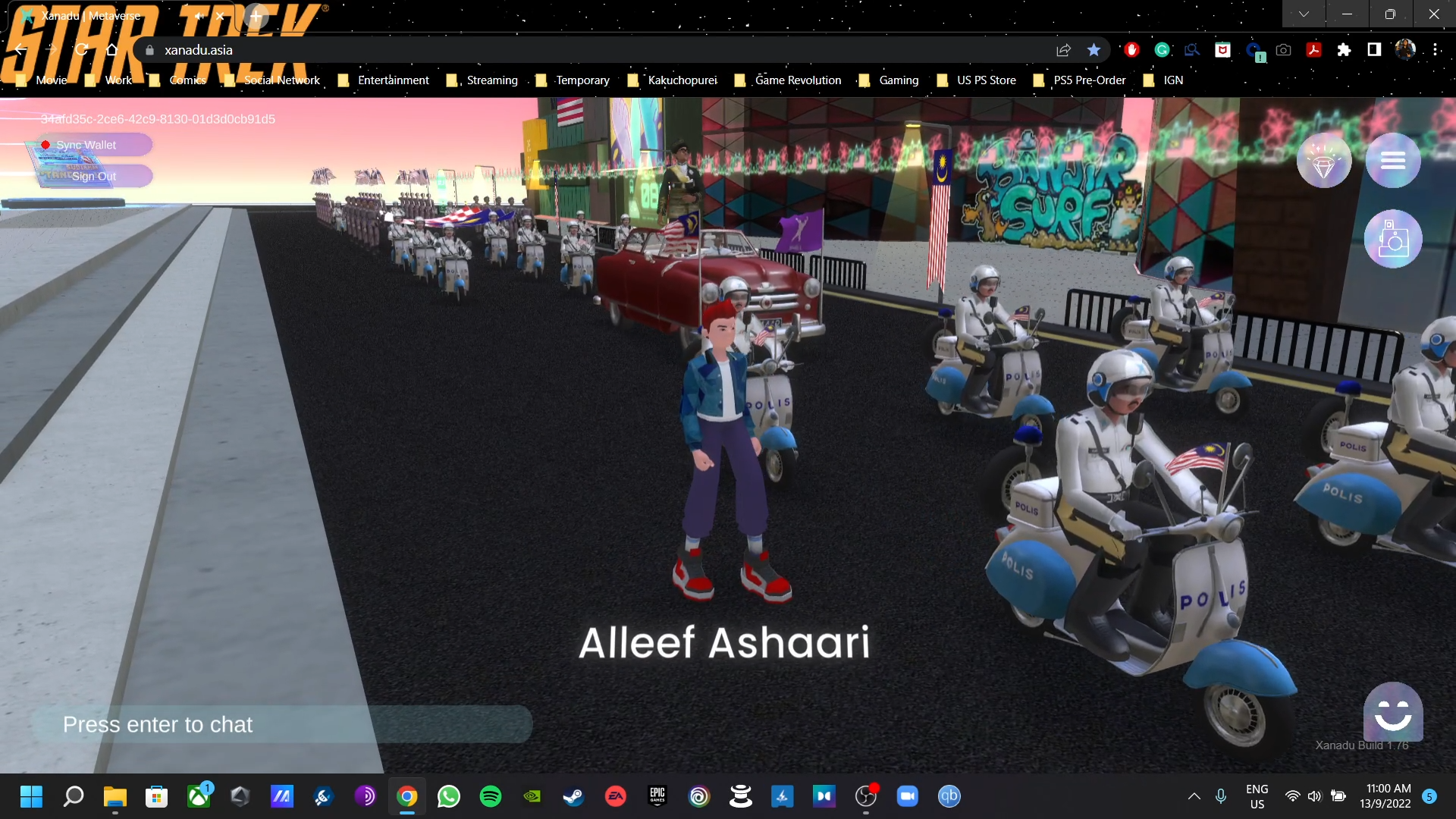 As for what else is there in Xanadu City, you could see the sights and just hang out. There’s even a digital Sony Pictures billboard showcasing trailers from their latest and upcoming movies that will be releasing in Malaysia. The massive arena in the middle of Xanadu City isn’t open yet, but there will be a digital performance by Malaysia’s DJ Raohu at 10.30 pm every night from 16 to 18 September 2022. This will be Malaysia’s first DJ concert in the metaverse, so visitors to the Merdekaverse can look forward to that later this week.

From Xanadu City, you’ll find one portal heading to the NFT Gallery and another portal that will bring you to Xanadu Beach. Xanadu Beach is where you can catch Sudirman’s performance of the legendary Tanggal 31, a patriotic song that every Malaysian knows by heart. The Sudirman performance will take place hourly from 7.15 am to 2.15 am every single day at Xanadu Beach until 18 September 2022.

The Sudirman performance is less elaborate than the Merdeka parade, but it’s fun to see a digital recreation of the late Sudirman himself performing in the metaverse. I can say the same thing about the Merdeka parade and Tunku Abdul Rahman’s Merdeka address. Those really are the voices of the late Sudirman and Tunku Abdul Rahman, which was achieved thanks to a collaboration between Xanadu.Asia and the folks at Arkib Negara and Sudirman Asset Management. 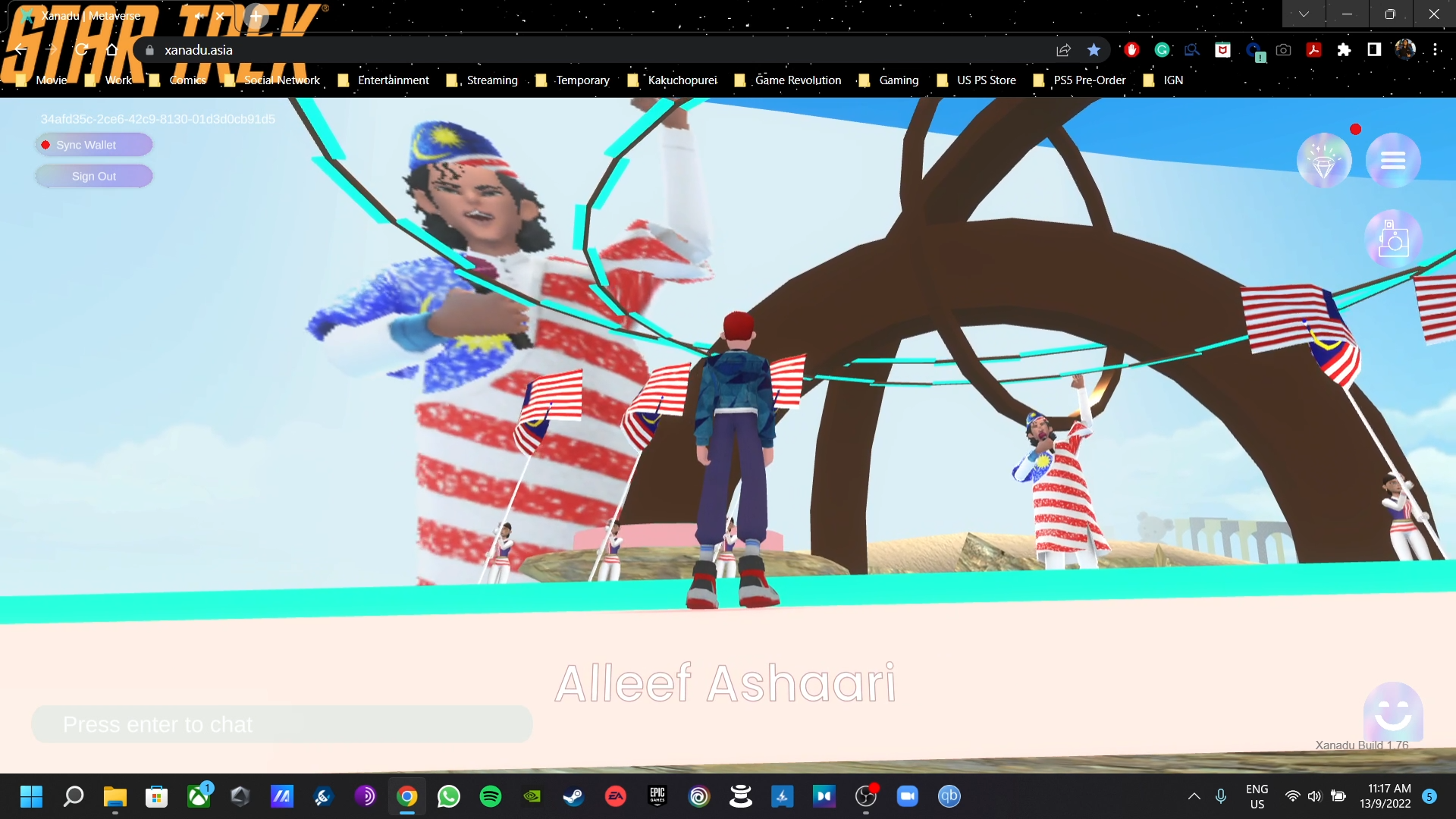 Last but not least, there’s also sort of a Treasure Hunt activity where you can pick up collectibles scattered throughout Xanadu City and Xanadu Beach. However, it’s unclear what reward awaits you if you manage to pick up 65 of these Malaysian-themed items, including the hibiscus, nasi lemak, durian and others. Oh, and there’s also a rudimentary Photo Mode in Merdekaverse which you can access by clicking on the camera icon near the top right of the screen. There aren’t any filters but it’s fine. 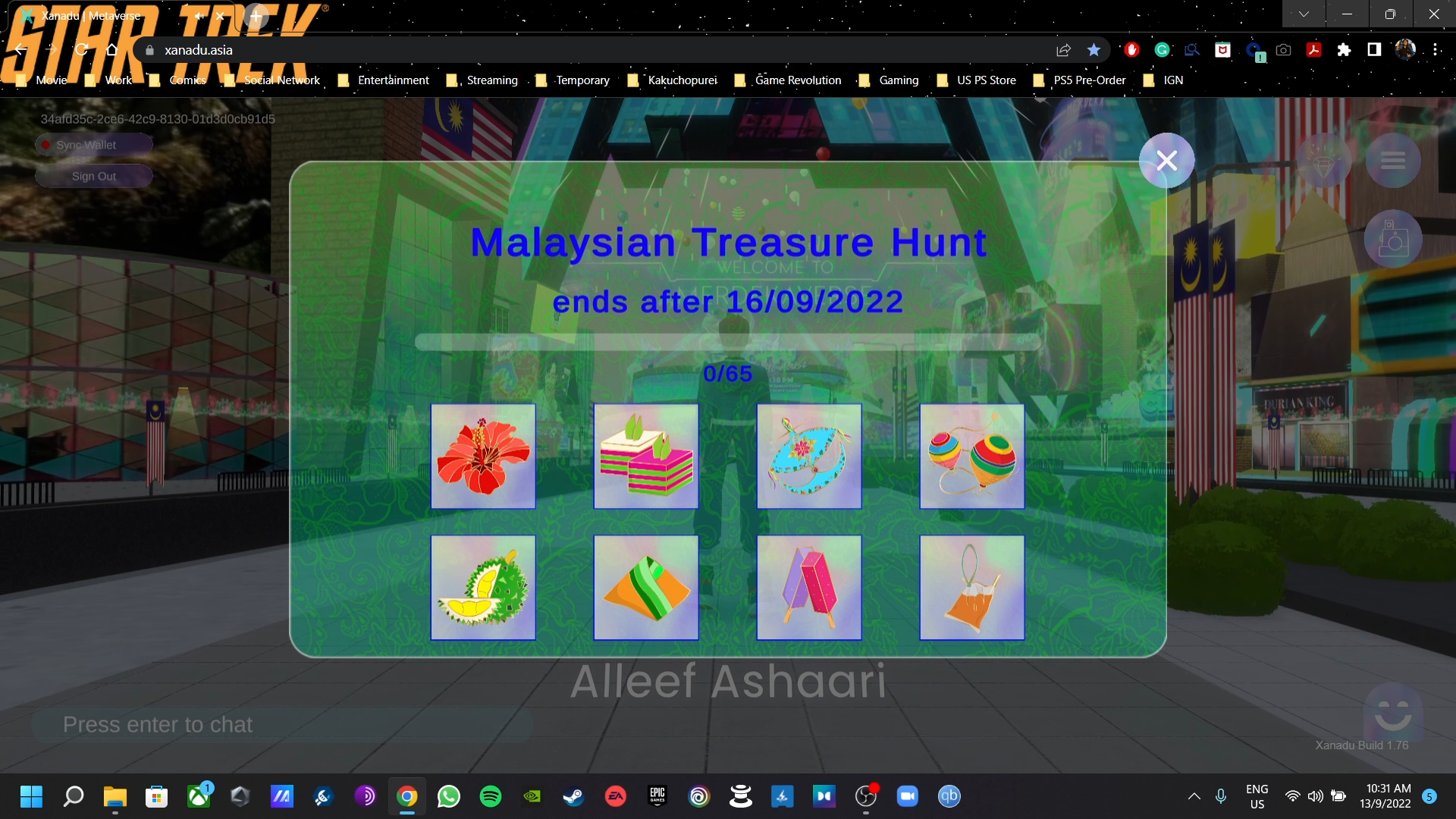 I’m the type of guy who’s still cynical of anything related to NFTs or the metaverse, but I admit that the Merdekaverse can be a fun and interactive way for all Malaysians to join in the Merdeka and Malaysia Day celebrations, especially since it’s free and doesn’t require any registration at all (unless you want to collect the previously mentioned blockchain currency).

The Merdekaverse is also a nice alternative to actually physically heading to Dataran Merdeka in Kuala Lumpur and attending the celebrations there. Some people don’t want to have to spend time in bustling crowds under the hot Malaysian sun, so the Merdekaverse is something that you can join from the comfort of your own home. All that being said, when I visited the Merdekaverse in the morning on 13 September 2022, there was literally no one there, so it all felt like a ghost town. The experience would be so much better if more people get into the Merdekaverse as Malaysia Day looms closer.

The Merdekaverse can be accessed from right now until 18 September 2022, absolutely free of charge, with no registration required, by heading on over to www.MERDEKAVERSE.com. For more details and information on Xanadu.Asia, check out their official website here.

You can also check out the Merdekaverse schedule and highlights below: 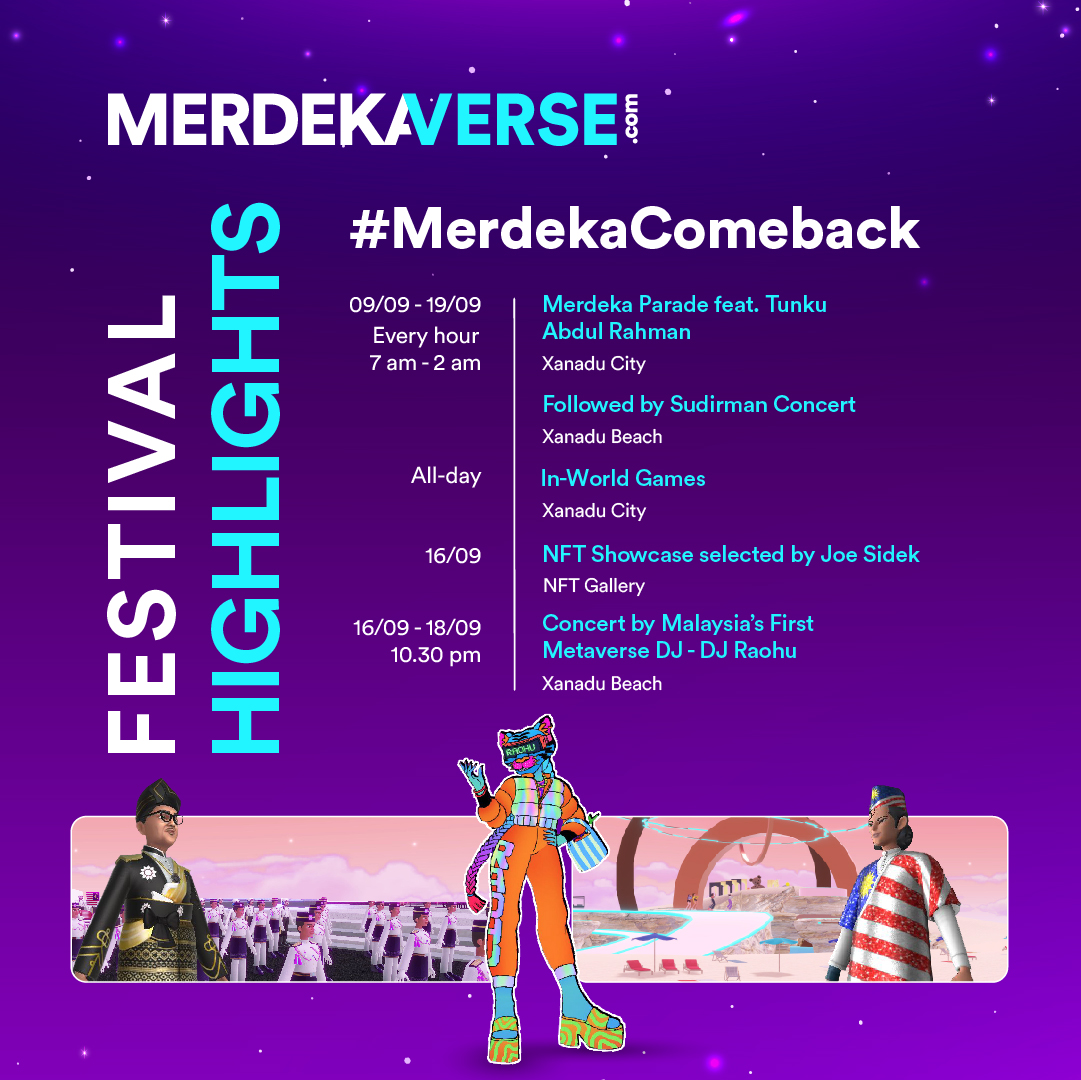 Government-involved kerfuffles aside, many of us are excited for this year's Philippines 2019 30th SEA Games, largely because it's the first time we'l...