Here are my personal recommendations and highlights for Netflix Malaysia’s November 2022 lineup and how to fill up your free time with worthwhile content at home: 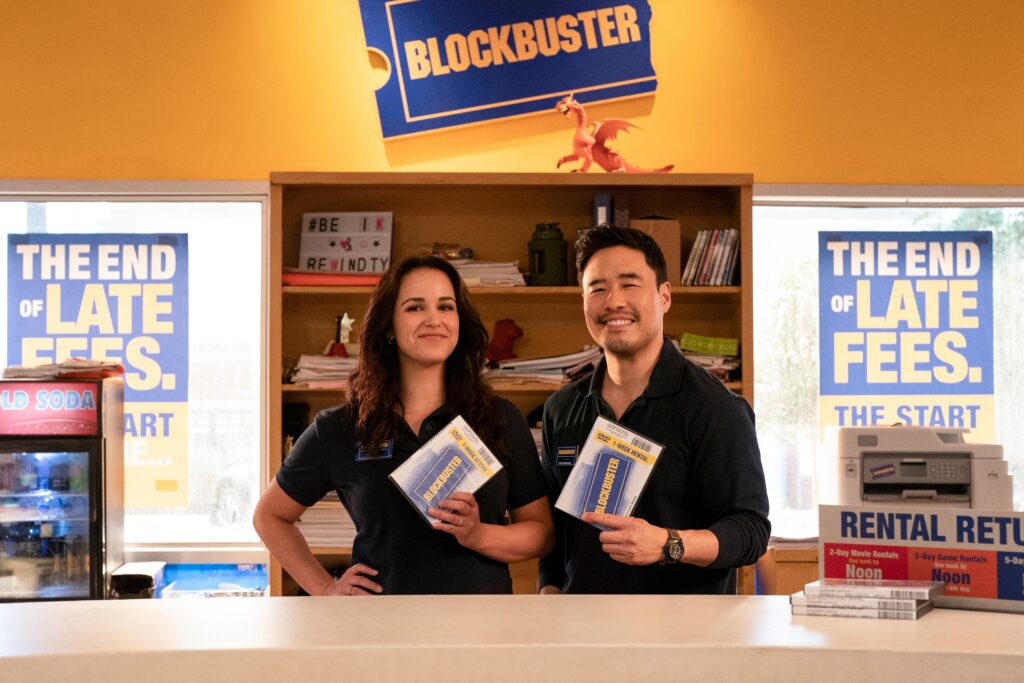 After learning he is managing the last Blockbuster Video in America, Timmy and his employees fight to stay afloat. Blockbuster Season 1, starring Randall Park and Melissa Fumero, premieres November 3, only on Netflix. 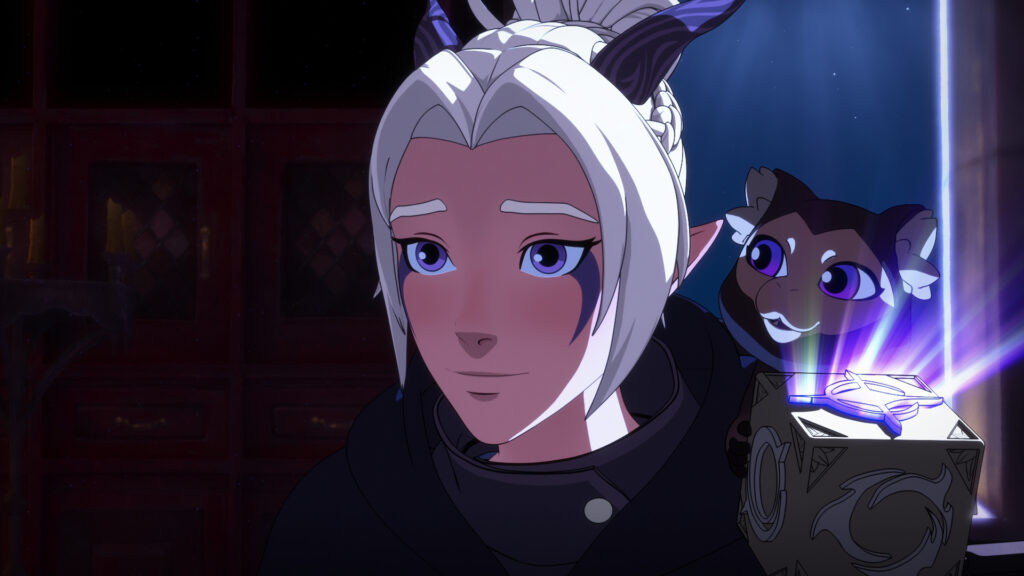 Two years later, as Claudia ventures deeper into the world of dark magic, Callum, Ezran and friends race to stop her from freeing the powerful Aaravos. 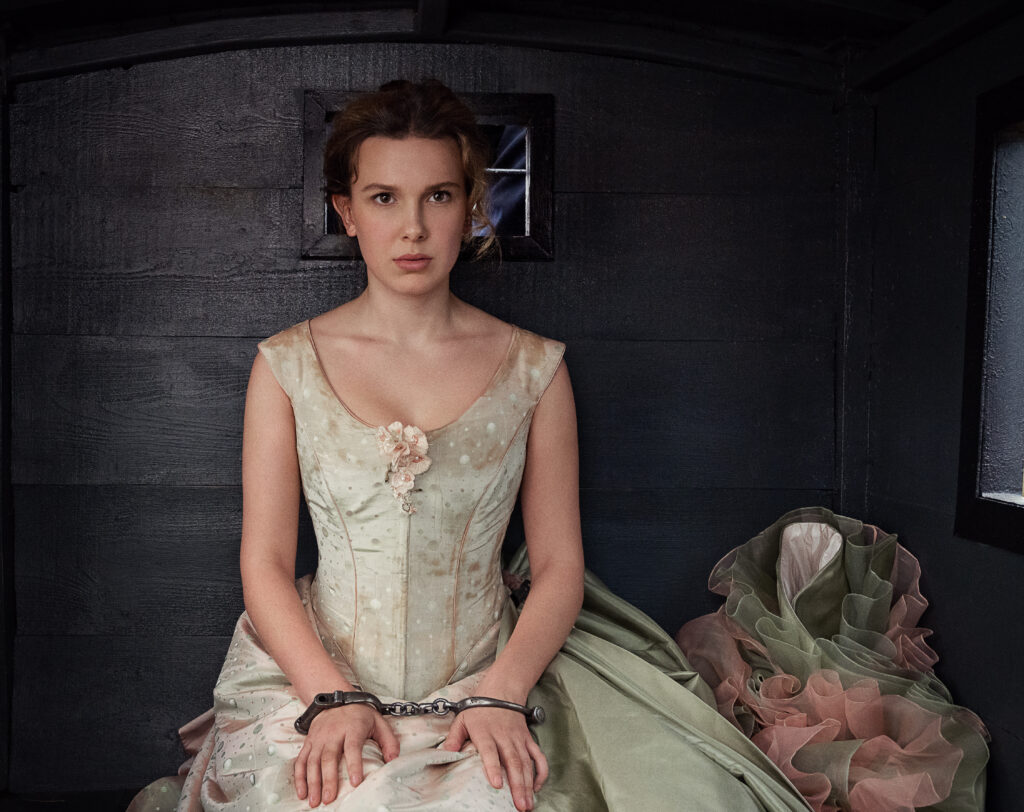 Fresh off the triumph of solving her first case, Enola Holmes (Millie Bobby Brown) follows in the footsteps of her famous brother, Sherlock (Henry Cavill), and opens her own agency — only to find that life as a female detective-for-hire isn’t as easy as it seems. Resigned to accepting the cold realities of adulthood, she is about to close shop when a penniless matchstick girl offers Enola her first official job: to find her missing sister. But this case proves to be far more puzzling than expected, as Enola is thrown into a dangerous new world — from London’s sinister factories and colorful music halls, to the highest echelons of society and 221B Baker Street itself. As the sparks of a deadly conspiracy ignite, Enola must call upon the help of friends — and Sherlock himself — to unravel her mystery. The game, it seems, has found its feet again! 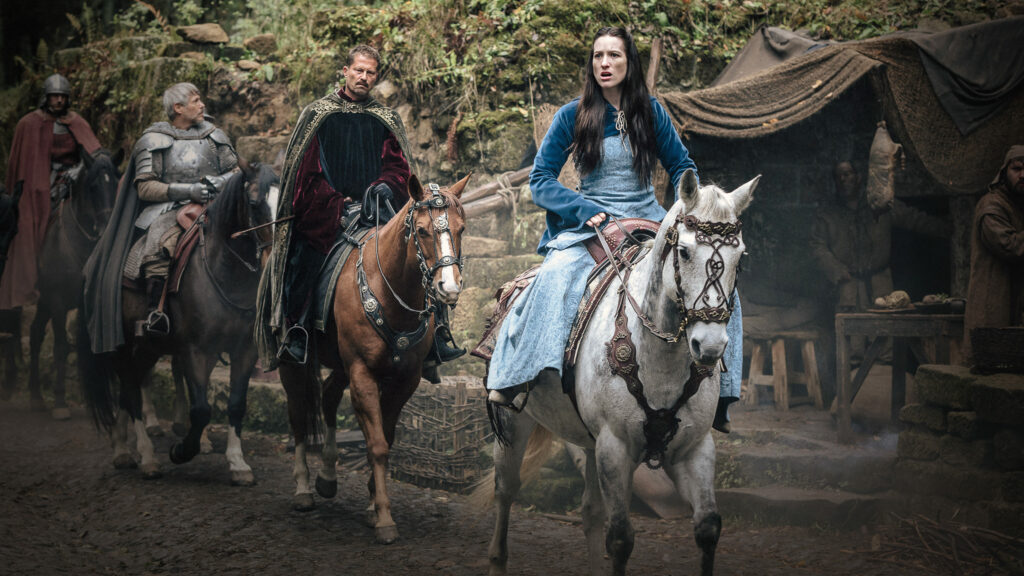 Inspired by the true story of Jan Žižka, one of greatest warriors in history. After the death of its reigning emperor, the Holy Roman Empire is plummeting into chaos while feuding brothers King Wenceslas of Czech and King Sigismund of Hungary battle for control of the empty throne. Daring and righteous mercenary leader Jan Žižka (Ben Foster) is hired by Lord Boresh (Michael Caine) to kidnap the powerful Lord Rosenberg’s (Til Schweiger) fiancée, Lady Katherine (Sophie Lowe), to prevent Rosenberg’s rise to power alongside the corrupt King Sigismund. Jan believes that Kings are the right hand of God and should be respected and obeyed, no matter what. As Katherine becomes caught in a dangerous political game between the monarchs, Jan falls in love with her strong spirit and dedication to saving the people. In a brave attempt to liberate her, he fights back with a rebel army to battle the corruption, greed and betrayal rampant amongst those clawing for power. 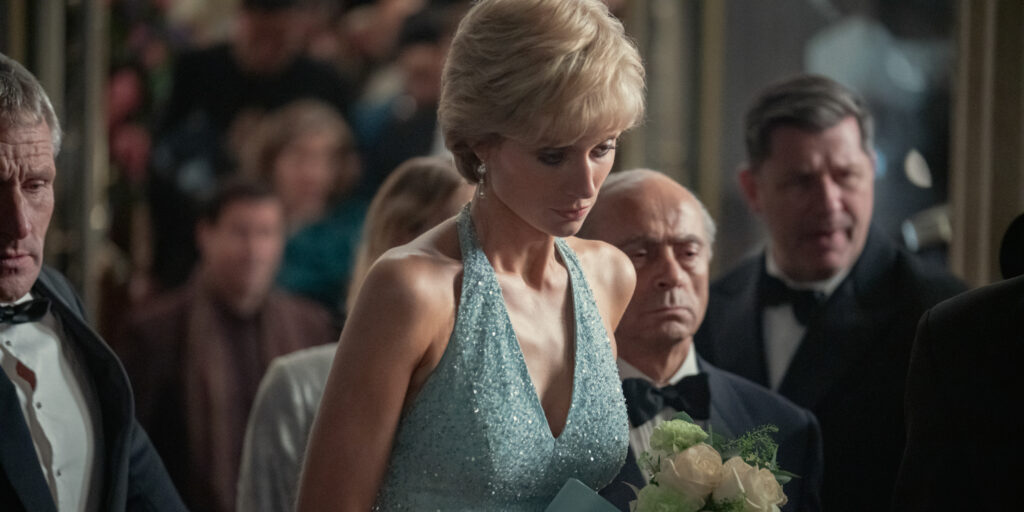 Inspired by real events, this fictional dramatisation tells the story of Queen Elizabeth II and the political and personal events that shaped her reign.

It’s a new decade, and the royal family are facing what may be their biggest challenge yet: proving their continued relevance in ‘90s Britain. As Diana and Charles wage a media war, cracks begin to splinter the royal foundation. 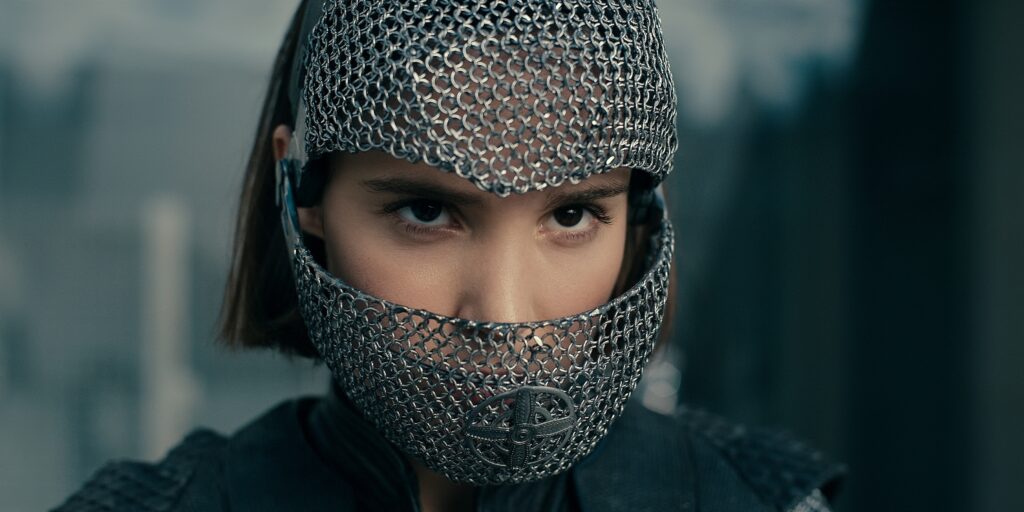 Ava and the Sister-Warriors of the OCS must find a way to defeat the angel, Adriel, as he attempts to build his following into the dominant religion on the planet. 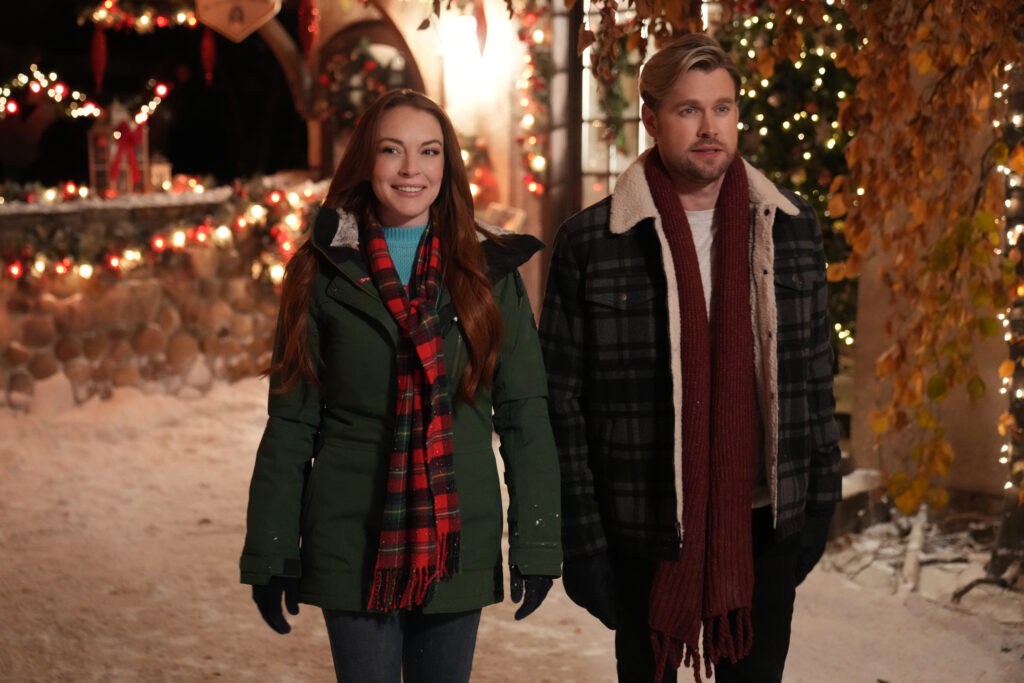 A newly engaged, spoiled hotel heiress (Lindsay Lohan) gets into a skiing accident, suffers from total amnesia and finds herself in the care of a handsome, blue-collar lodge owner (Chord Overstreet) and his precocious daughter in the days leading up to Christmas. 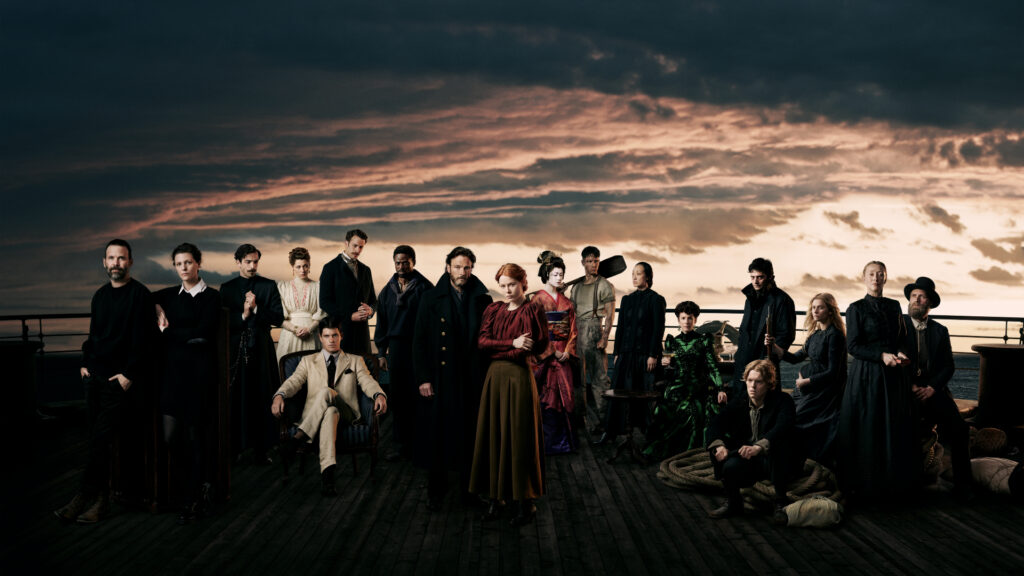 On their journey across the vast and treacherous Atlantic Ocean, the passengers of the Kerberos encounter the biggest mystery of their lives. Welcome to 1899, a deeply immersive new series from the creators of Dark. 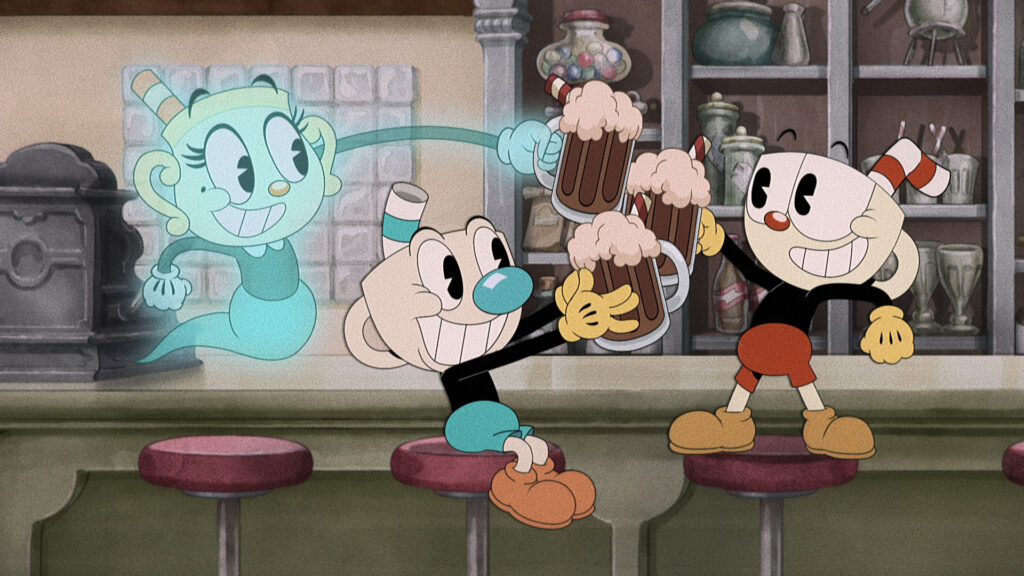 From hijinks and heebie-jeebies to holiday cheer: this season’s got it all as the boys go big to trick the Devil — and stir up trouble all over town! Follow the misadventures of the impulsive Cuphead and his easily swayed brother Mugman in this animated series based on the hit video game. 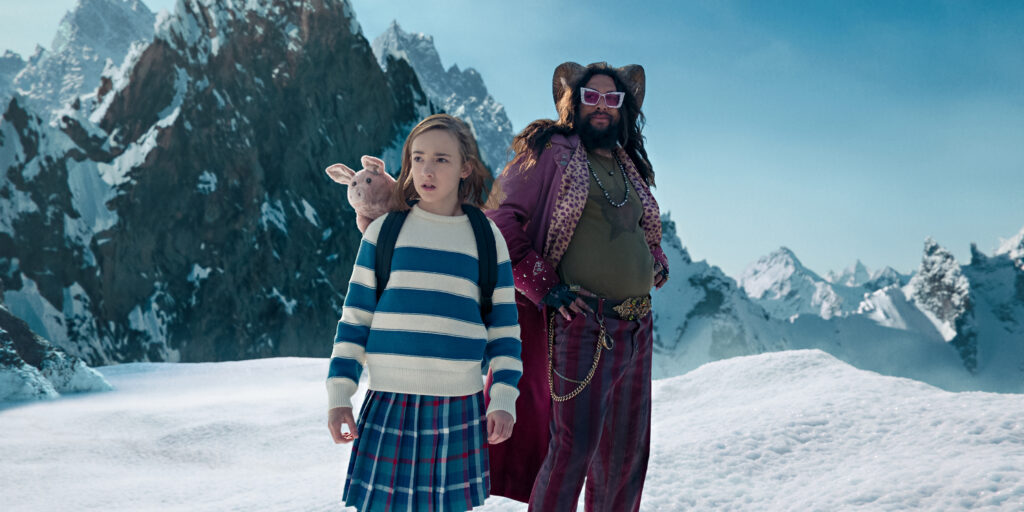 Welcome to Slumberland, the world of dreams! Jason Momoa plays “Flip” an eccentric outlaw on a mission to help a young girl (Marlow Barkley) travel through dreams and flee nightmares, in hopes of reuniting with her father. From the Director of the Hunger Games: Catching Fire and Mockingjay, Slumberland comes to Netflix on November 18. 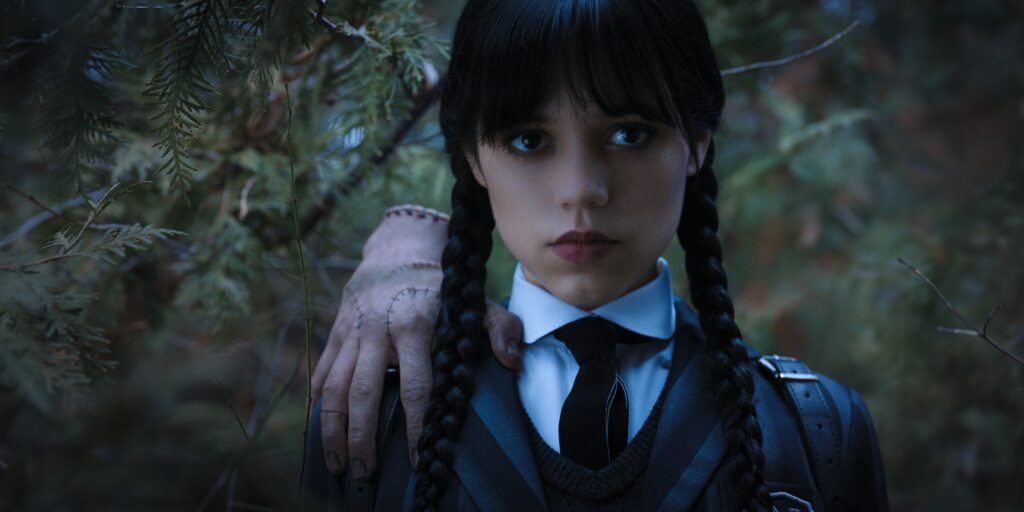 Those are just several selected highlights from next month’s offerings of new TV series and movies on Netflix. Now you can plan your Netflix binge-fest for November 2022.

News
Sackboy A Big Adventure Is Coming To PC This October

A new PlayStation Latin America trailer has revealed that Sackboy A Big Adventure will launch on PC via Steam and the Epic Game Store on 27 October 20...

News
PlayStation 5 Release Window Isn't Budging, Even With COVID-19 Around

COVID-19 sure has wrecked a lot of plans, be it offline events or game development schedules. At the very least, it's not affecting the upcoming relea...