Waves of Steel launched in Early Access on Steam on 21 July 2021 but is set to leave Early Access next year on 6 February 2023 where it will be available on Steam followed by Xbox Series X | S at a later date.

Developed and published by TMA Games, Waves of Steel is a fast and accessible naval combat simulator that is currently in Early Access on PC. In the game, you can build your ultimate warship, and use it to fight off hordes of enemy ships, planes, and submarines, as well as ludicrous enemy superweapons like a flying battleship and a gun made out of a volcano. 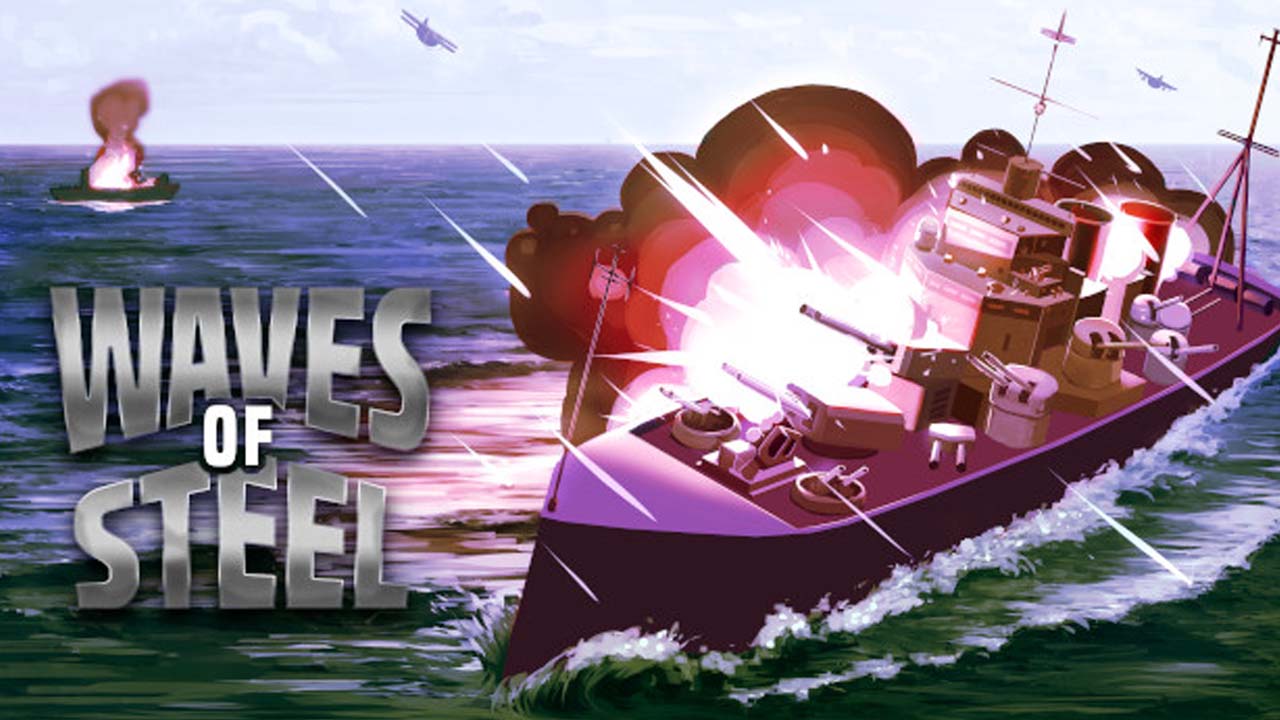 With this announcement, TMA Games also announced what’s to be expected with the update that comes with the official launch of the game. The upcoming content in version 1.0 of Waves of Steel pits naval captains against the “Gale Barrier Ultimate Weapon,” a transforming warship that pays homage to classic anime mecha franchises. Once it’s been sent to the scrap heap, confront the overwhelming power of “The Biggest Gun”, which needs to be seen to be believed, and things continue to escalate from there.

Customize cruisers to blast through the high seas against an eclectic cast of maniacal supervillains and their unconventional naval weaponry. Support Captain Quinn on a mission to save planet Earth from the mysterious armadas of Jörmungandr. Progress through more than 30 missions full of traditional and outlandish challenges to earn new tech and equipment. Build a bigger and better battleship, a match for every deranged superweapon that these antagonists can dream up.

Equip each ship from a selection of over 400 different parts, including massive naval artillery, torpedo launchers, anti-aircraft guns, lasers and railguns, plasma lances, giant sawblades, and more. Skillfully use game-changing superpowers like an invulnerable energy shield, ramming drill, time-stopping bubble, and yes, a kickflip, among many, many others. Bring flair to the fight with an in-depth cosmetic editor offering endless paint jobs, alternate-universe flag designs, decals, lights, and more audacious adornments.

Take advantage of a wealth of accessibility options. Rebind controls, adjust HUD colours, change the game speed and difficulty, and even configure any and every weapon to acquire targets and fire automatically. Waves of Steel strives to allow everyone to express themselves while enjoying over-the-top destructive naval combat.

In a press release, the founder of TMA Games, Chris Weisiger said:

“It has been so hard to keep my mouth shut about these last missions. They really embody what I like most about Waves of Steel: fast-paced naval action that goes in completely ridiculous directions. There’s one more surprise waiting for you once you finish those final boss fights. Alongside all the minigames, bonus missions, and other secret content, we’re delivering an incredibly over-the-top experience next year!”

Overwatch League events for March and April have been cancelled, with Covid-19 once again being the reason. "Concurrently, we are working hand-in-han...

News
Hot Toys Boba Fett Comes With His Own Throne

The Book Of Boba Fett is slated to premiere in December 2021. We haven't received a new look at the upcoming series since the end of The Mandalorian S...

We finally have a date and location for the highly anticipated 2022 Call of Duty: Mobile World Championship which will take place in Raleigh, United S...