As Pokemon Scarlet & Violet’s very first 7-Star Raids are beginning to pop up all over Paldea, many trainers are scrambling to find out the best strategies and best Pokemon to bring into these all-new raids.

Before we dive deep into some theory-crafting, here are some details about these 7-Star Raids.

Now with the essential details out of the way, let’s get into the guide for the Charizard 7-Star Raids!

We’re fully aware that not everyone has managed to play through the entirety of Pokemon Scarlet & Violet. So here’s your first and only warning: These 7-Star Raids are not for the faint of heart!

These exclusive raids are specifically designed to test the most dedicated trainers. For context, players are only able to unlock 6-Star Raids after completing the main game and some post-game content, and even those raids require some amount of coordination or luck to complete.

So if you’re still a while away from completing the game, fret not as Charizard will be returning again in mid-December. Go out there, take down the Gym Leaders, defeat the Titans and conquer the Elite Four, then come back stronger, ready to take on the mighty Charizard!

HOW TO UNLOCK 7-STAR RAIDS

If you haven’t completed a particular post-game activity, you most likely will not see these exclusive raids pop up around your map, here’s why.

In order to unlock 6-Star Raids and above, you will need to have defeated the Elite Four, rematch every single Gym Leader and finally participate and win the Academy Ace Tournament. After you’ve successfully completed these, go complete some raids after which your Biology teacher, Mr Jacq, will give you a call alerting you to the appearance of 6-Star Raids which will appear on your map as black crystals. 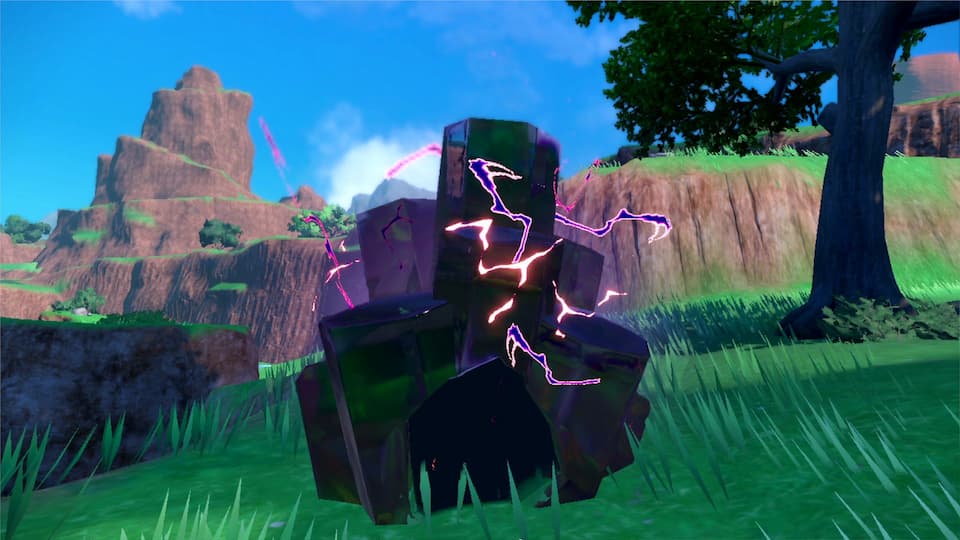 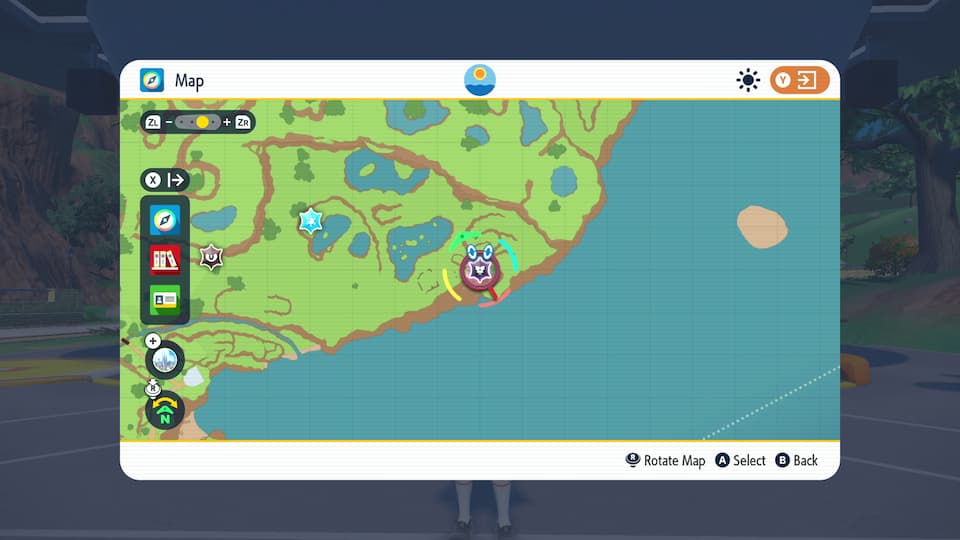 Once you’ve reached this stage, you should have the all-new 7-Star Raids showing up on your map indicated by a unique black raid icon.

However, if you haven’t had the luxury of completing the post-game yet, you can still join these high-tier raids via the Tera Raids lobby screen. As mentioned above, you’ll have to come sufficiently prepared. Read on and find out what you’ll need to take on the mighty Charizard! 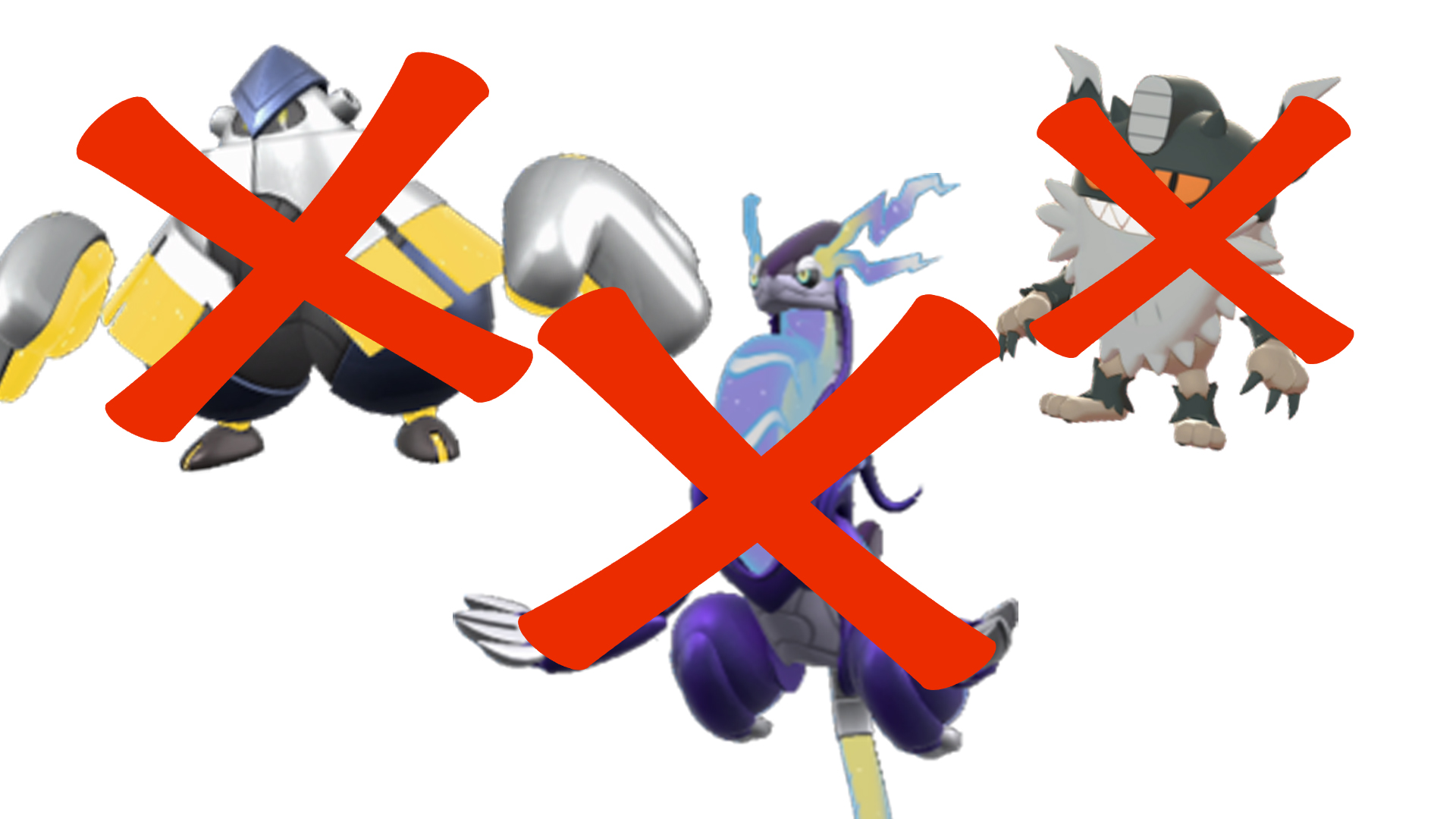 Pokemon Scarlet & Violet has only been out for less than a month but the end-game raiding meta has already taken shape. If you’ve been doing raids around your map using online mode, you’ve probably seen other trainers using Pokemon like Iron Hands, Perrserker and Miraidon/Koraidon.

This is no coincidence. These particular Pokemon have formed the current raid meta because of their insane damage potential. Let’s cover why these particular supposedly high-tier raid Pokemon won’t cut it and why brute force might not be the solution to defeating Charizard.

So first off, Charizard is an insanely versatile Pokemon with an incredibly wide moveset, and as of now, no one really knows what moves in particular Charizard will have in these raids. What we do know is that its moves can be randomized with each raid that you enter and that it can use more than four moves.

Early testing has shown that Charizard has been seen using the following moves:

Despite the above, Charizard has access to a myriad of moves ranging from Flying, Ground, Dragon, Fire and even Steel. Unfortunately for these meta Pokemon, Charizard possesses moves that would take them out instantly! Iron Hands, weak to Flying and Ground moves. Perrserker, weak to Fire moves. Miraidon/Koraidon, weak to Dragon moves. Whatever way you slice it, these Pokemon aren’t surviving all that long to do significant damage.

But let’s say, for argument’s sake, that your Pokemon survive and you’re able to buff up your team with offense and defense, brute force and big damage numbers might not actually prove to be a viable solution. It has been theorized that Charizard in these 7-Star Raids might have up to 30 times more HP than usual! So if by some miracle your team doesn’t get wiped in the first 30 seconds of the raid, Charizard will eventually be able to wipe them in the next 30 seconds.

In a nutshell, this raid is a challenge of endurance and strategy. In most 5-Star Raids and some 6-Star Raids, you can go in guns blazing with these heavy hitters, but you’ll need to treat Charizard with respect. Keep reading and find out what Pokemon we suggest bringing to the Charizard pummel party.

SUGGESTED POKEMON TO TAKE ON CHARIZARD

Alright, so your usual big damage Pokemon won’t make the cut, what Pokemon SHOULD you be turning your attention to?

The general community’s consensus is that a dog made of hot buns will be the champion to take on Charizard. Our frontrunner for best Pokemon for 7-Star Raids is none other than Dachsbun! 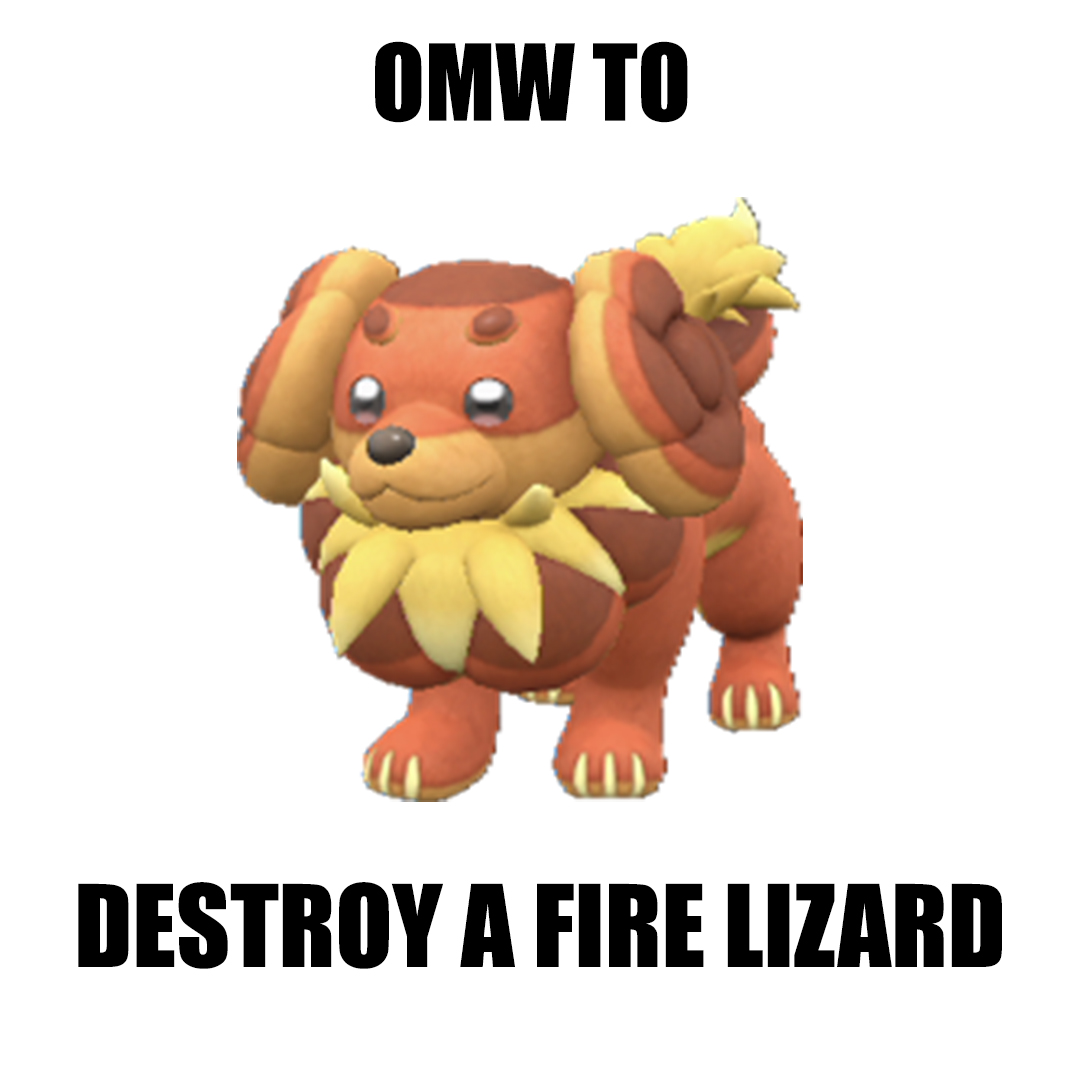 Here’s a breakdown of why Dachsbun will be the most viable Pokemon.

This strategy however comes with a few caveats.

If you do decide to try out this hot cross dog, here is the suggested moveset:

It’s recommended that your entire lobby be using Dachsbuns for this to be successful. The strategy is as follows:

One of the Joiners can also opt to have Rain Dance handy to negate Charizard’s usage of Sunny Day which significantly boosts its Fire damage. Setting up Rain Dance also reduces Charizard’s Fire damage in return. Seeing as early testing has shown that Charizard uses more Special moves, you can opt to remove Charm in favour of Rain Dance or even Tail Whip to help reduce Charizard’s defense.

HOW TO PREPARE FOR 7-STAR RAIDS 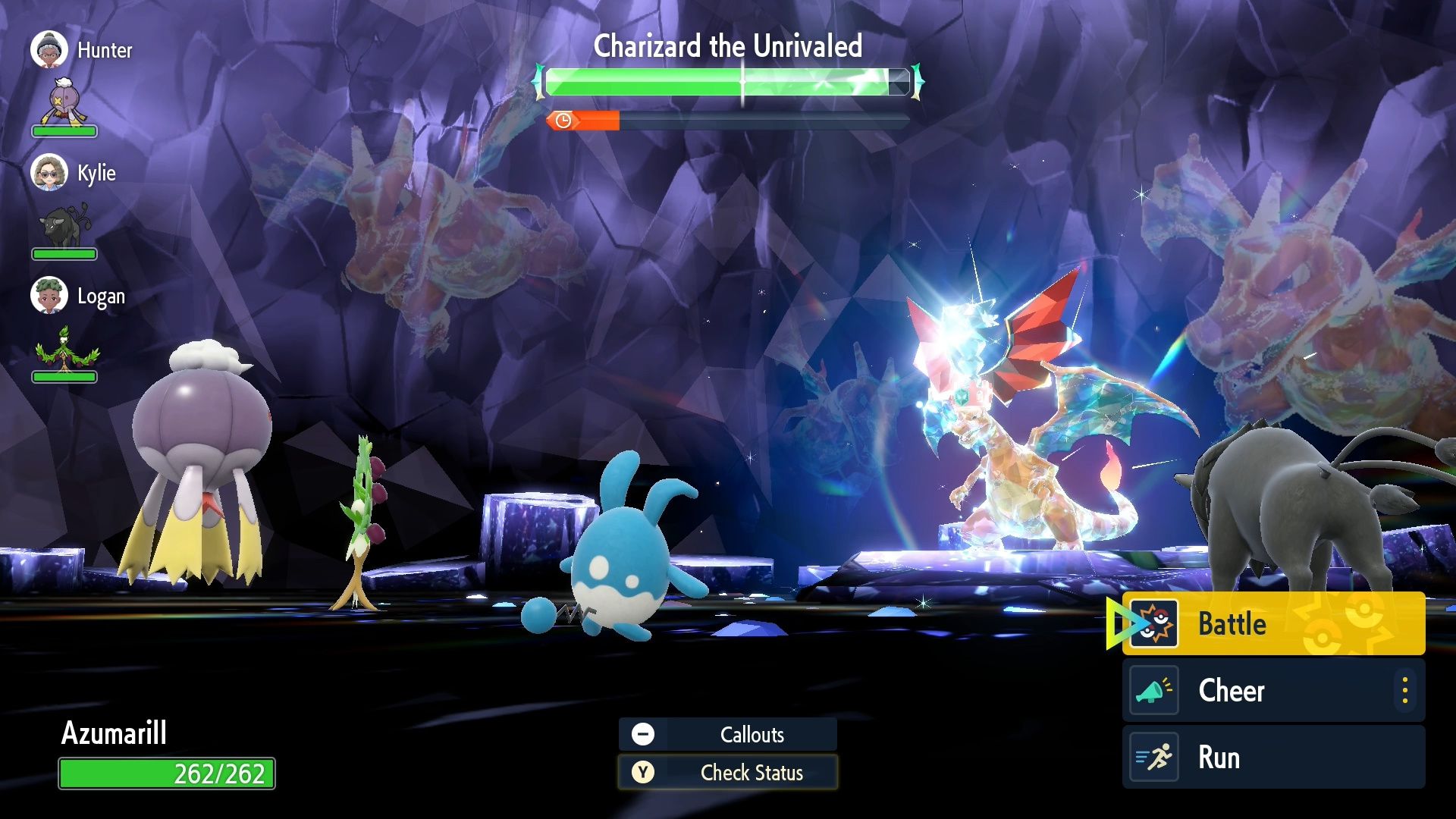 Right off the bat, level up your desired Pokemon to level 100.

With how big Charizard’s health bar and damage will be, your Pokemon has to be able to withstand some hits while also being able to dish out enough damage. While levelling to 100 may be an obvious step for most, you’d be surprised at how many people will be joining these raids with level 70-80 Pokemon thinking that they’ll be fine.

The best way to do this is to collect EXP Candy from Raids, so get out there and clear out every Raid you can see on your map and chuck those candies down your Pokemon’s food hole!

Next, EV train your Pokemon.

EV training is a little-known or extremely well-known method of strengthening your Pokemon, really depends on who you ask. To explain briefly, EV stands for Effort Values. Every time your Pokemon battles a certain Pokemon, they’ll gain some Effort Values that will translate to raw, hard stats for your Pokemon. If you wanna be fully prepared, do take some time to look up some guides about EV training on YouTube, there are plenty! Alternatively, you may use EV vitamins like Iron, Protein etc in order to increase your base stats.

Lastly and possibly the most difficult, find some friends.

These raids will be definitely much easier if you’re able to coordinate with a dedicated group of players to best optimize your strategies. Lest you wish to try your luck with randoms, if you do, we wish you and your sanity, the best of luck.

News
XCOM-Like Mafia Game Empire Of Sin Has Been Delayed

Empire Of Sin was originally announced during E3 2019, a turn-based game in the style of XCOM, but with a distinctive setting; Prohibition-era Chicago...

Robot and mecha fans who like to see their favourite anime battle machines duke it out in turn-based fashion: Bandai Namco has news for you. The ne...