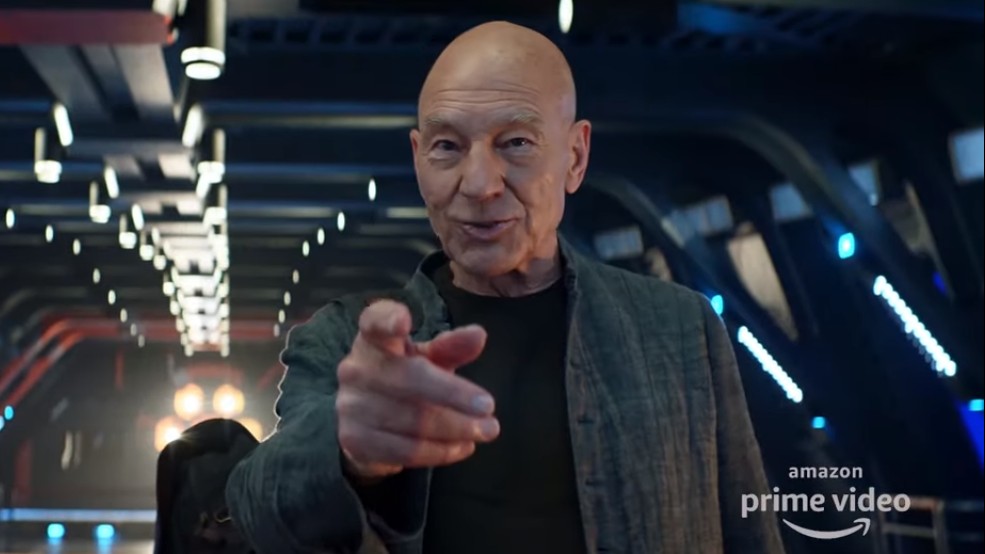 As a Star Trek fan who has watched every single episode (all 700+ of them) and movie in the franchise canon, the new Star Trek Picard trailer blew my mind. Personally, I think that it’s the best trailer to come out of San Diego Comic-Con 2019 yet, with its absurd levels of sheer fan-service.

The first full trailer for Star Trek Picard looks like the most expensive show in the franchise to date, with visuals and production value seemingly on par with the feature-length movies. However, that’s not the most surprising thing about the trailer.

What made the Star Trek fan in me leap out of bed at 4 am in the morning was something more, and it was glorious. The trailer confirms the return of beloved and iconic characters from Star Trek The Next Generation and Star Trek Voyager, including Brent Spiner’s Data and Jeri Ryan’s Seven Of Nine.

The SDCC Star Trek Picard panel also announced that Jonathan Frakes and Marina Sirtis will be reprising their roles as Will Riker and Deanna Troi, respectively, albeit being absent from the trailer.

The new series will take place 18 years after the events of Star Trek Nemesis, with Jean-Luc Picard (Patrick Stewart) having left Starfleet in the time since then after being promoted to the rank of Admiral.

In the trailer, a mysterious girl meets Picard and asks for his help, which prompts Picard to come out of retirement and embark on another mission. To do so, he has to recruit crew members consisting of brand new faces and old ones.

We also get a glimpse of a Borg cube, which means that the sentient race of cybernetic beings will return as a threat once again.

I don’t likeÂ Star Trek Discovery due to being too far removed from the core elements of what makes a true Star Trek series. Star Trek Picard seems like it will restore fans’ faith in the franchise, by returning to its roots.

Star Trek Picard will make the franchise great again. While the trailer doesn’t reveal a release date, the series is slated to premiere on CBS All-Access and Amazon Prime sometime later this year (as initially revealed earlier this year).

In the meantime, check out the Star Trek Picard trailer below. It made me cry and I’m not ashamed.