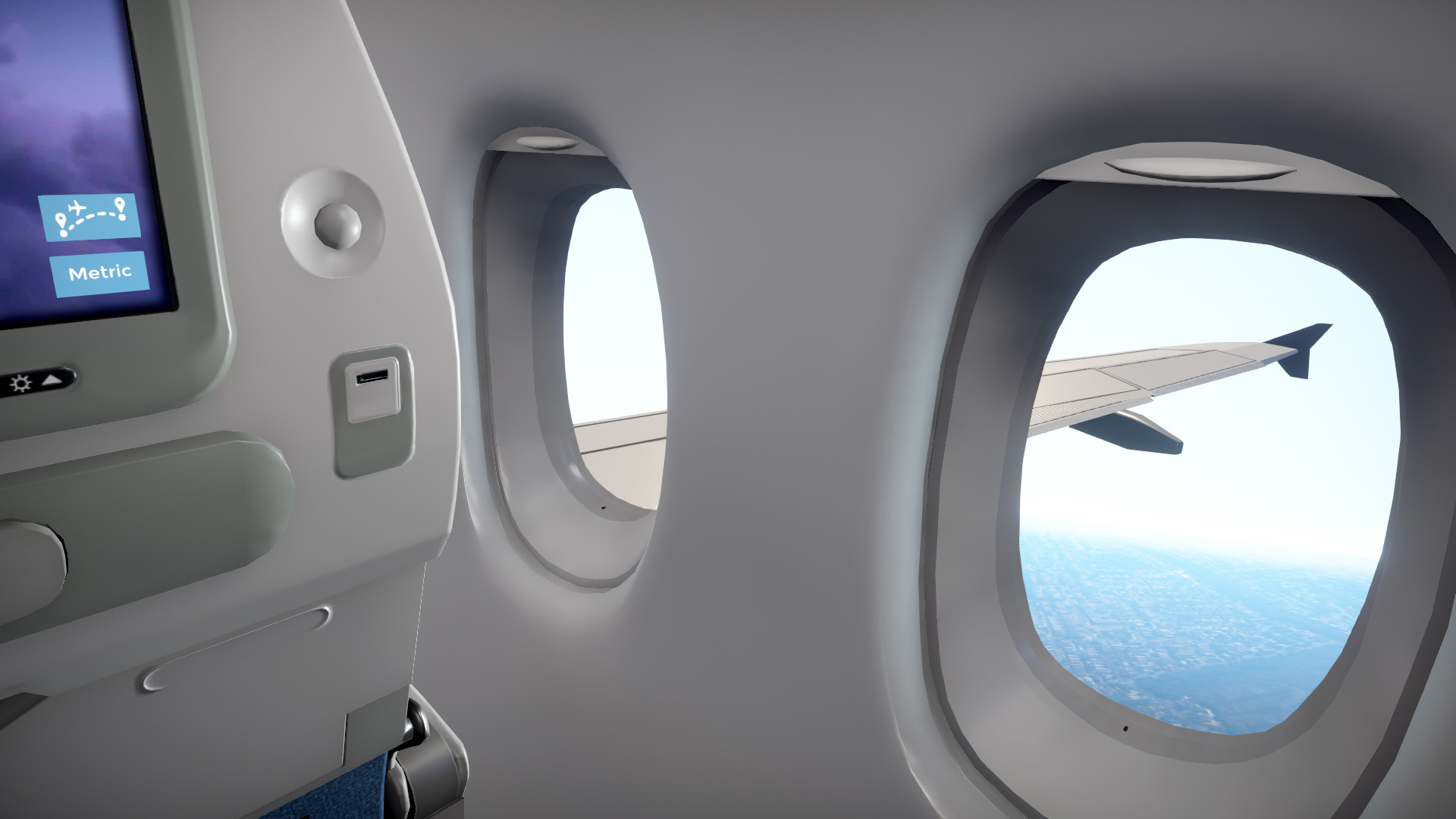 Microsoft Flight Simulator 2020 has been taking the world by storm, with budding pilots everywhere showing off their fancy new flight simulator game. However, Airplane Mode might be the sim game for the rest of us plebeians, considering that it lets players sit through the experience of a six-hour economy class flight in first-person and real-time.

Developed by Bacronym and published by AMC, Airplane Mode is inspired by Penn and Teller’s infamous sim game Desert Bus, in which players are tasked with driving a slightly defective bus for eight hours in real-time on a single strip of road between Arizona and Nevada.

Airplane Mode is aiming to deliver the full and authentic long-haul flight experience, which means that players will contend with other passengers and the cabin crew, as well as randomised events including delays, turbulence, bad wifi, and screaming babies.

According to the Steam page, players will have access to a pen, book, and headphones in their carry-on luggage, a complimentary aircraft information card (and overhead reading light), a fully functioning in-flight entertainment system (providing a flight safety video, satellite journey tracker, and “hit movies of the 1930s”) and even an in-flight magazine, with articles, crosswords, and Sudoku.

Oh, and in-flight cuisine too. Yummy. See, it’s the full economy class flight experience like we all experienced in the days before the COVID-19 pandemic. If we could have an additional Air Asia experience, though that will probably only be added in a post-launch DLC purchase. Typical.

Airplane Mode is slated to release on PC and Mac sometime in fall 2020. In the meantime, check out the trailer below.

New Borderlands 3 Vault Hunter To Be Revealed At E3 2019