WandaVision Episode 4 was definitely different from the past three episodes. It’s a helluva ride, let’s just say that.

Iâ€™ll be discussing heavy spoilers fromÂ WandaVision Episode 3 so if you havenâ€™t seen them or want to avoid spoilers, nowâ€™s your chance to stop reading. If you haven’t, you can check out my previous articles on the first two episodes, and Episode 3. 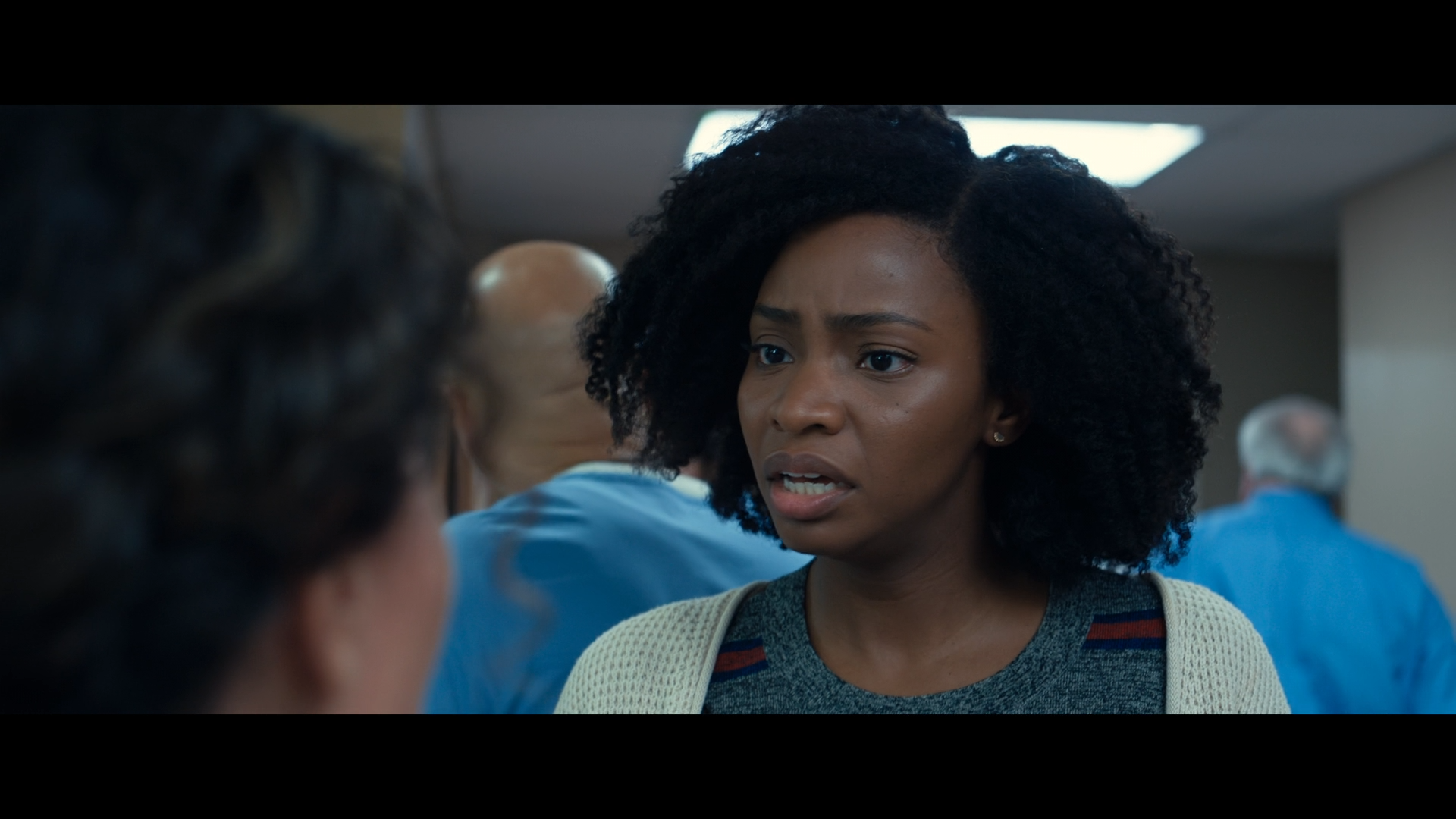 The opening sequence of WandaVision Episode 4 reveals that Monica Rambeau was a victim of the Blip (also known as Thanos’ Snap). This means that she has been away for five years. Her mother, Maria (who was Captain Marvel’s best friend) died during the five years of time between 2018’s Avengers Infinity War and 2019’s Avengers Endgame.

After coming back to life, she immediately returns to work at SWORD (Sentient Weapon Observation and Response Division), which is officially introduced into the MCU in this episode. It is also revealed that SWORD has been established even before 2018’s Avengers Infinity War (since Monica is just returning to her old job after disappearing for five years due to the Blip) and that Monica Rambeau is already a captain, which brings her on par with the military rank of Carol Danvers AKA Captain Marvel. 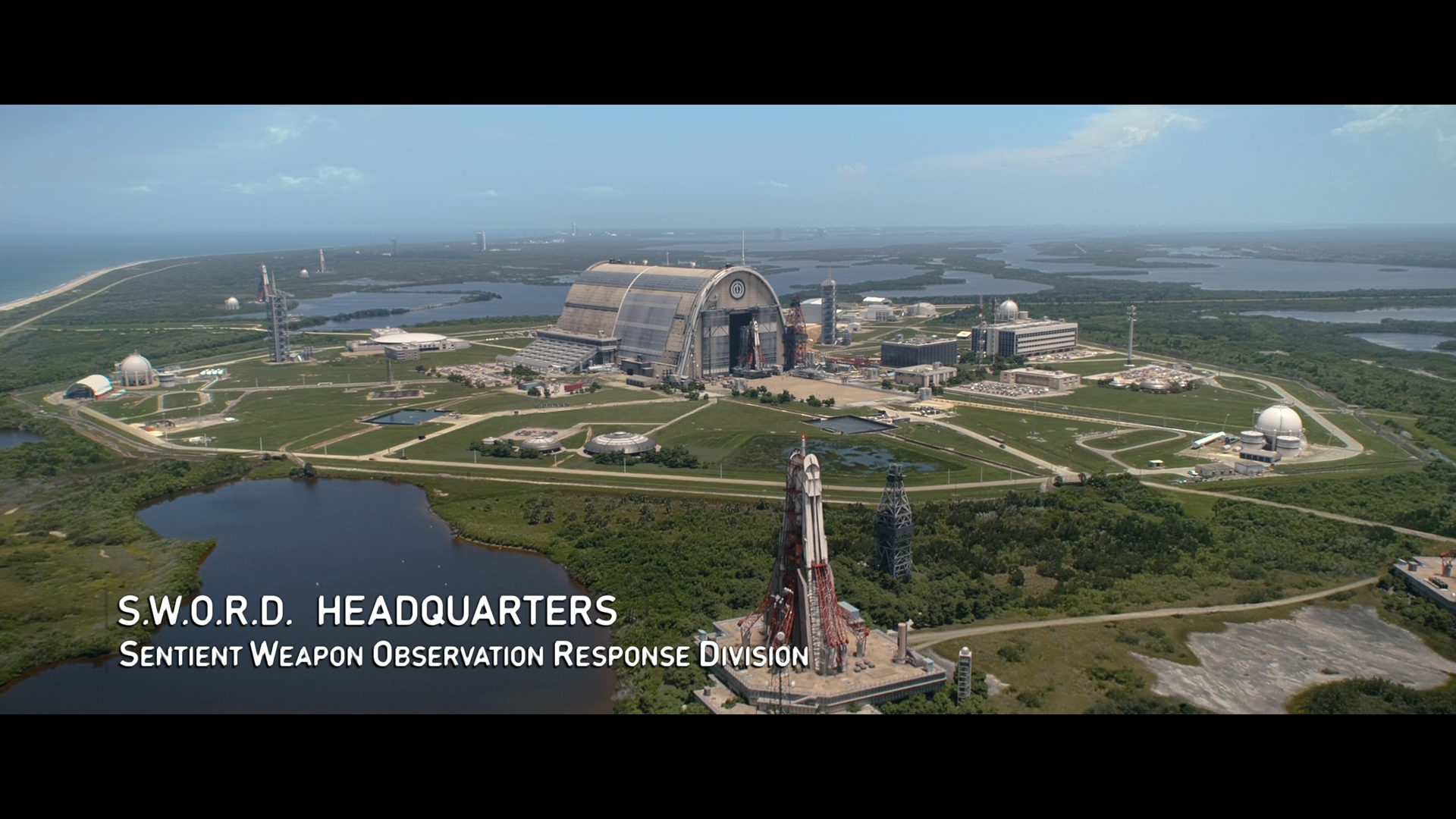 It is also revealed that the pre-Infinity War SWORD was more comics-accurate, focusing on space “manned missions”, according to SWORD Acting Director Tayler Hayward (played by Josh Stamberg, who is also introduced in this episode). Now, post-Endgame, SWORD is more focused on “robotics, nanotech and AI”. 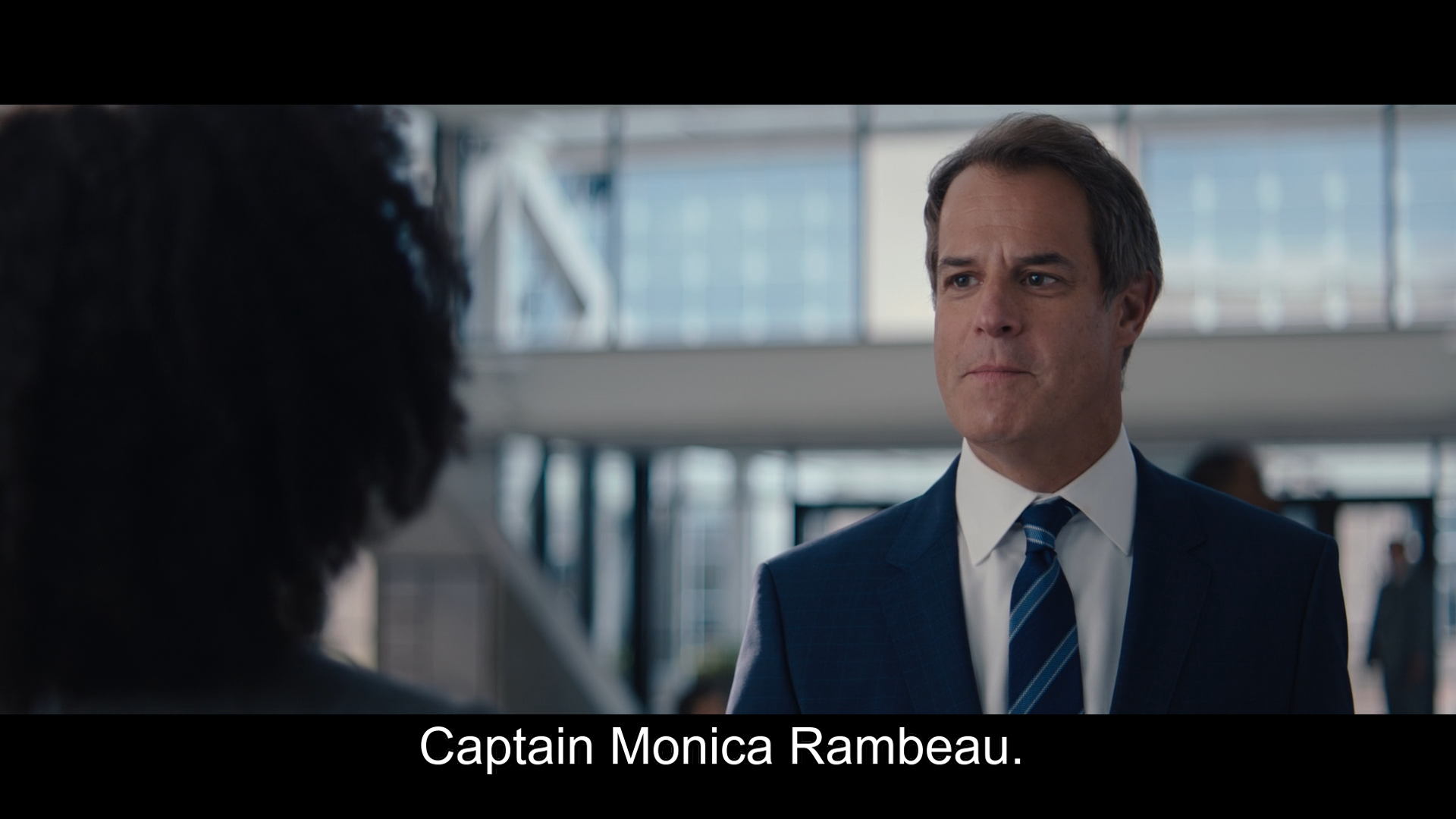 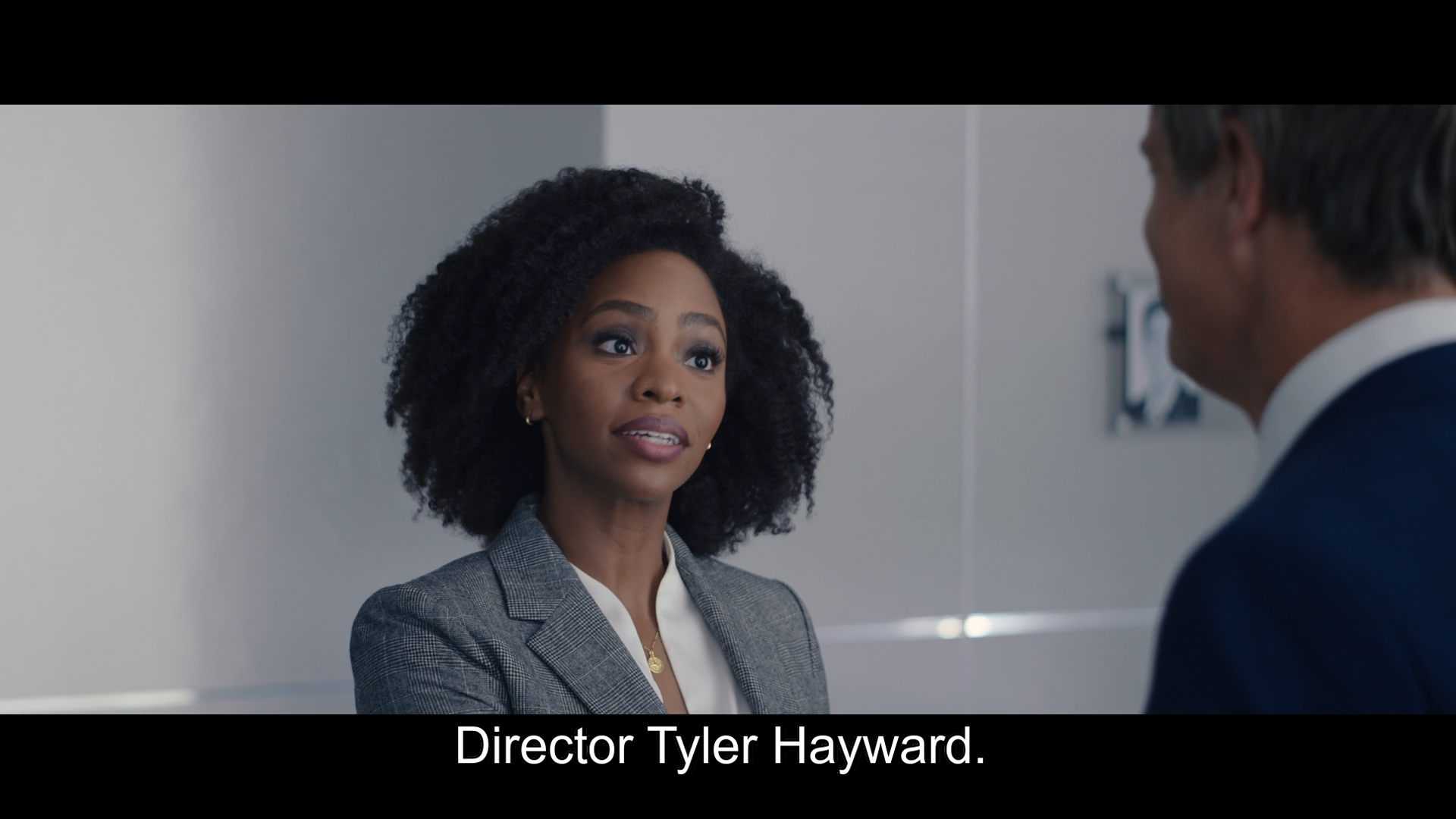 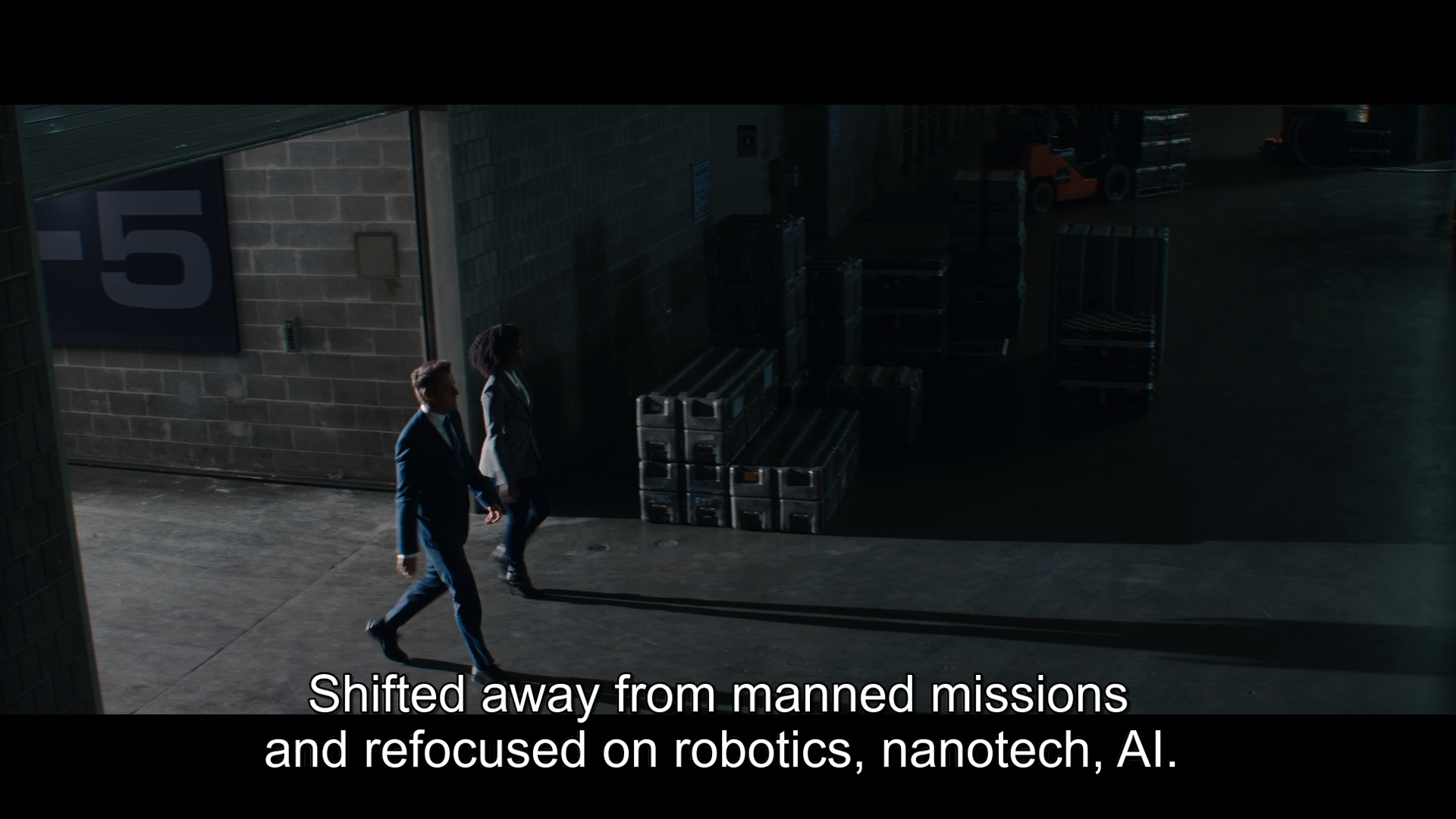 Also, another bombshell: Maria Rambeau founded the MCU version of SWORD, and she was the Director. 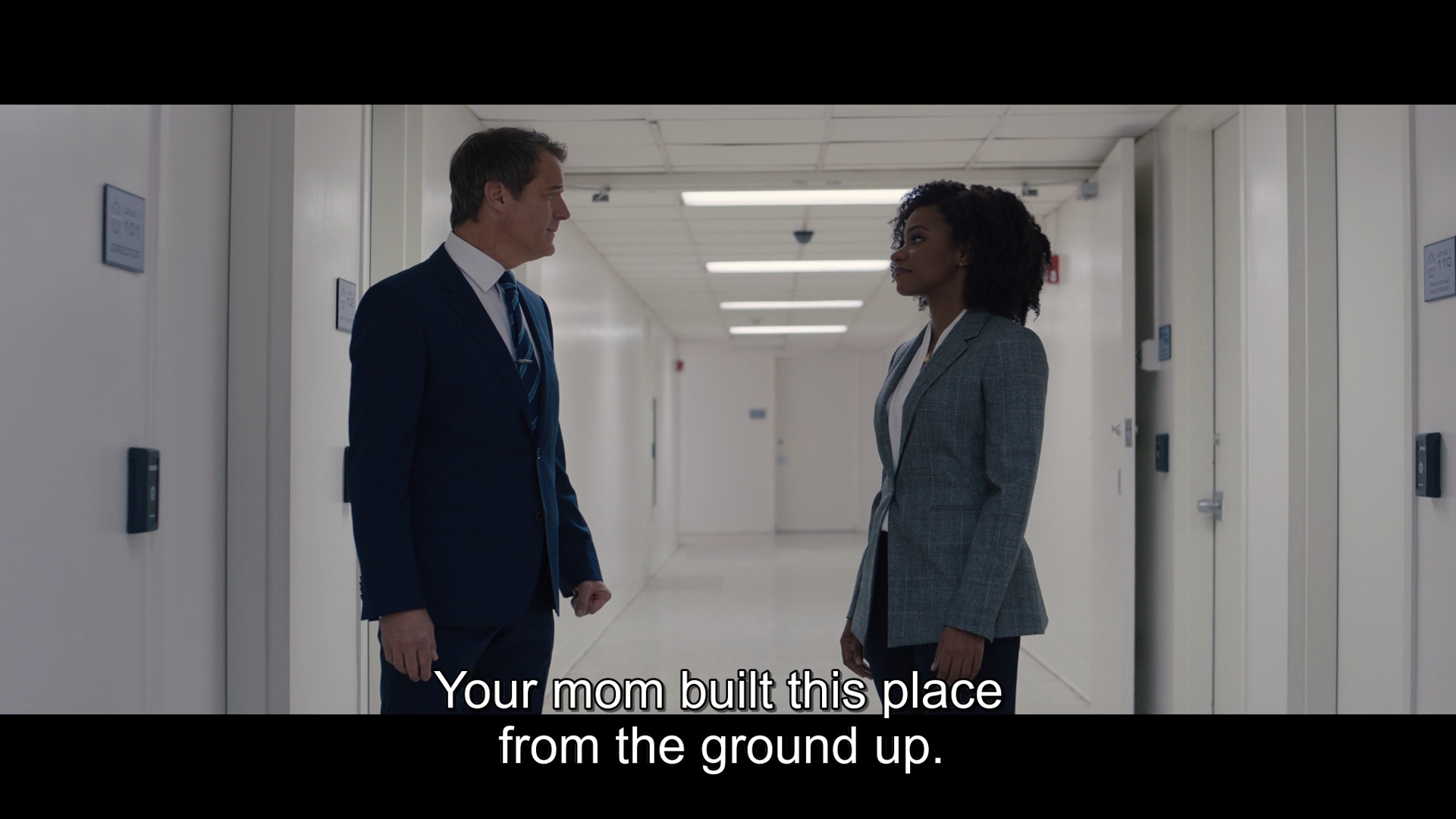 Monica Rambeau first job is to be SWORD’s liaison to the FBI, who are investigating a “missing person’s case” in New Jersey and she meets up with…

The Return Of Jimmy Woo And Darcy Lewis 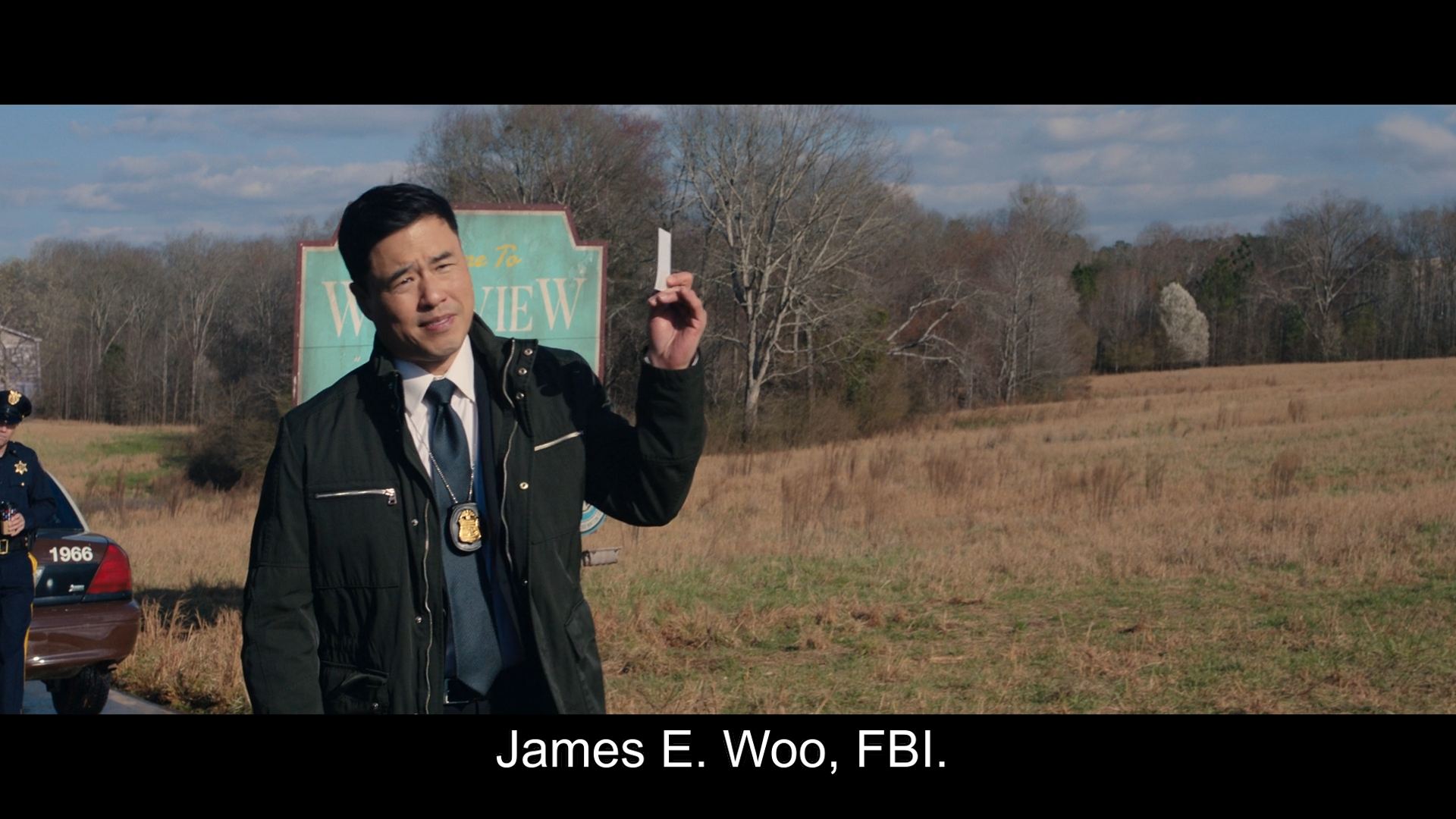 It seems that Wanda didn’t create a fictional town. Instead, she took over an existing town (and its entire population) to remake and recreate in however she likes.

This episode also confirms that Monica was the one that sent the drone helicopter in Episode 2. 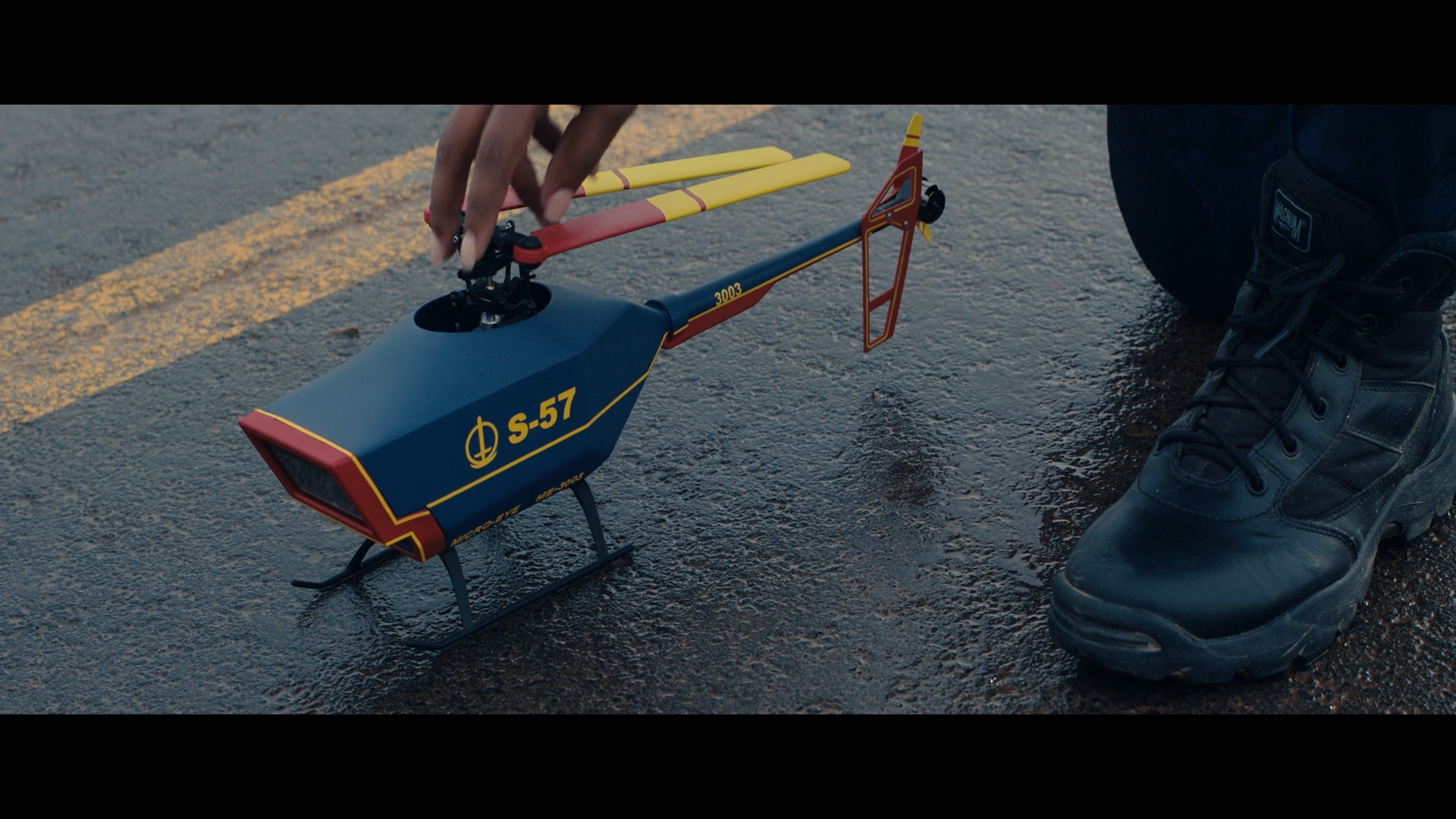 It also looks like Monica Rambeau wasn’t undercover as I insinuated before, but she was sucked into Westview and somehow assimilated into the fake reality created by Wanda. 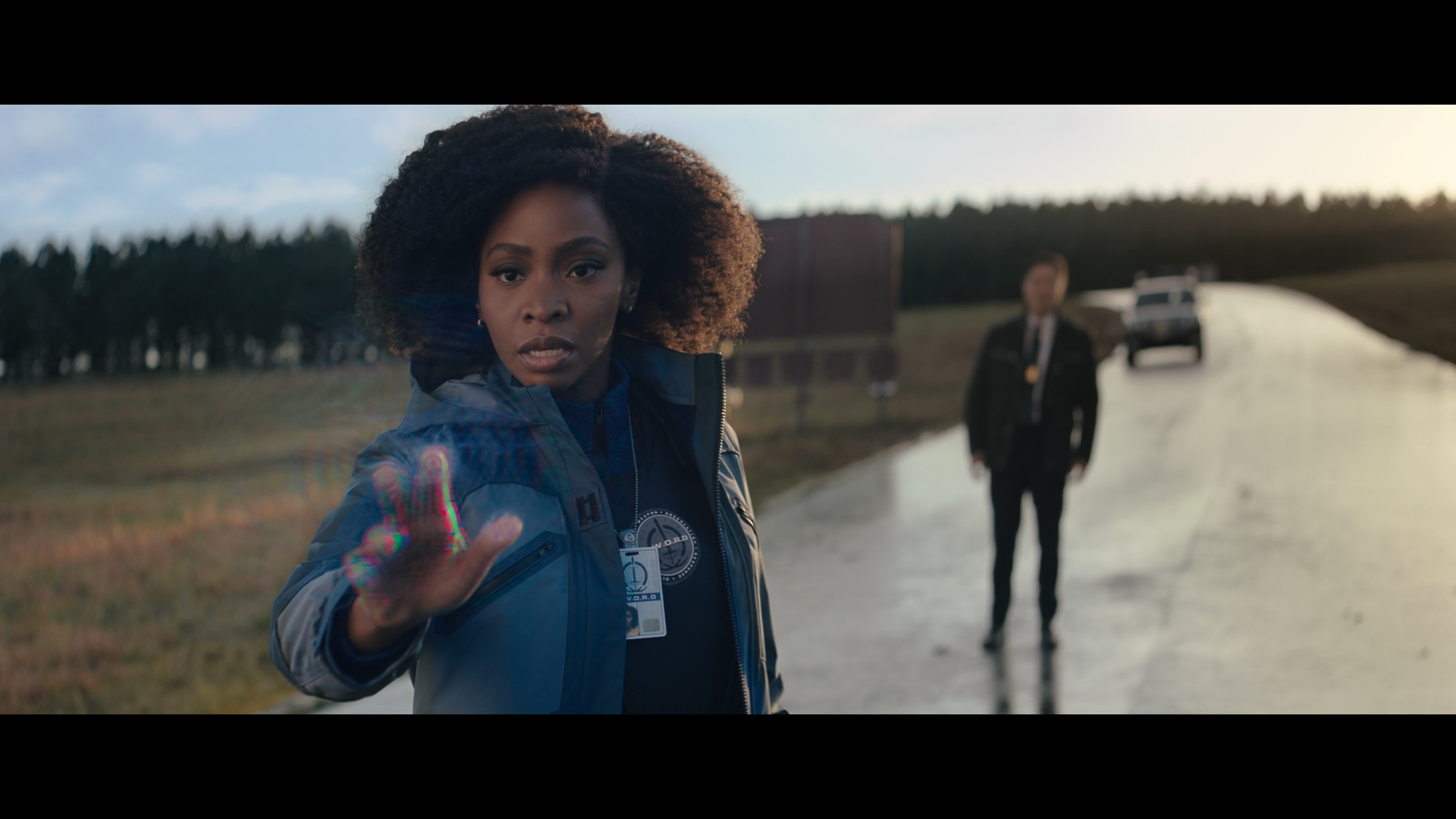 We also reunite with Darcy Lewis from the Thor movies, and she is now an astrophysics expert (and a full-fledged Dr.) brought in by SWORD to investigate the Westview mystery. 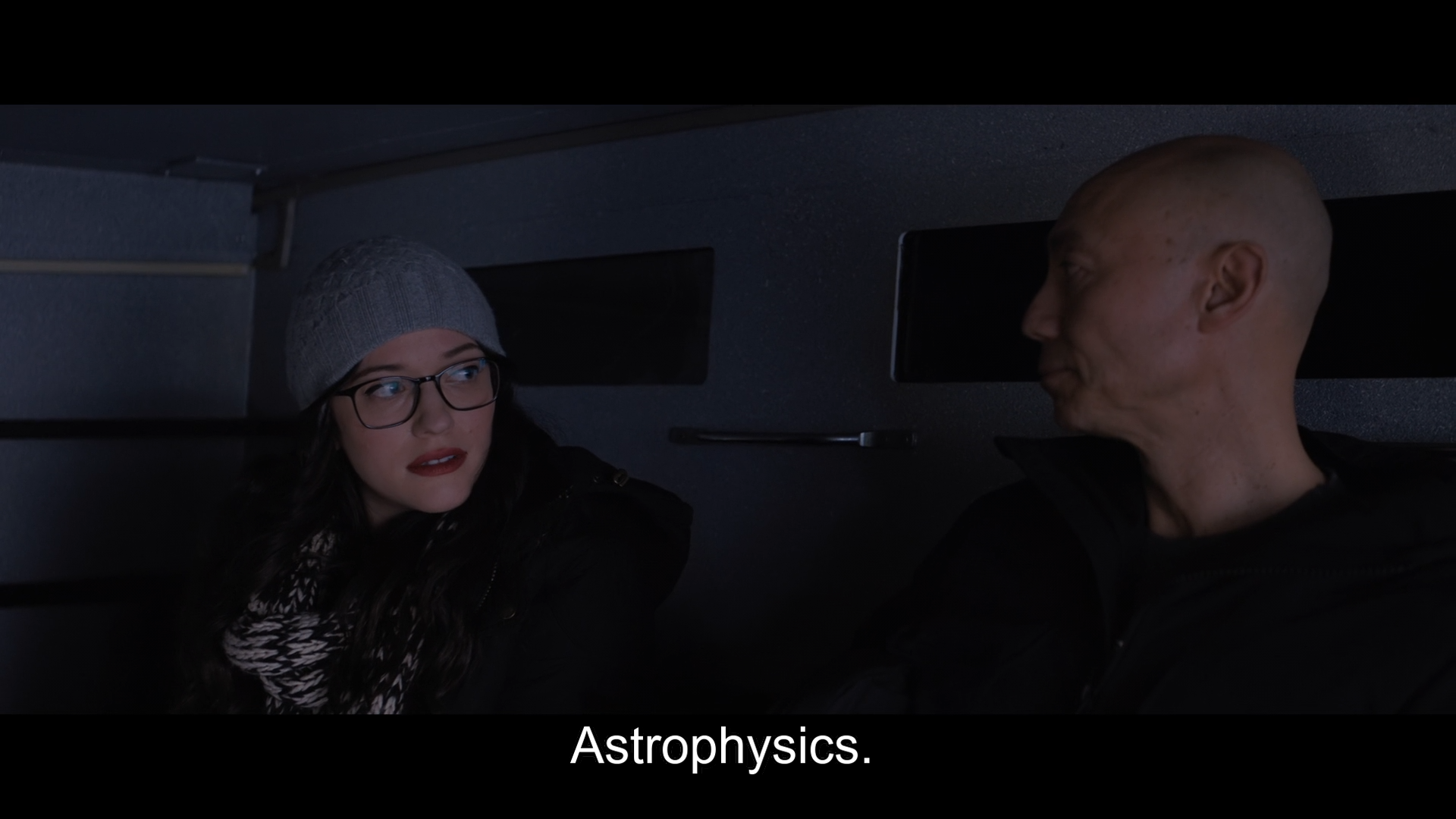 The Introduction Of The Power Cosmic In The MCU

Well, this is interesting. The Power Cosmic is an important concept in Marvel comics, but it’s never been mentioned before in the MCU (I might be wrong). Until now, that is. The Power Cosmic is the name of a vast source of limitless, godly, cosmic energy utilized by characters like Galactus, the Silver Surfer, the original Captain Marvel (Mar-Vell), and others.

Now it looks like whatever’s powering this fake reality is described as “Cosmic Microwave Background Radiation”. While it hasn’t been explicitly mentioned, I’m sure that this is no coincidence. Perhaps Wanda’s power to alter and change reality is based on the Power Cosmic. If so, that’s a huge revelation for the MCU moving forward, making it possible for more “cosmic” powered individuals in the future.

And yes, the Power Cosmic can be used restructure and transmute matter. In other words, changing or altering reality as we know it, just like Wanda is supposedly doing in WandaVision.

That Beekeeper From Episode 2 Was A SWORD Agent 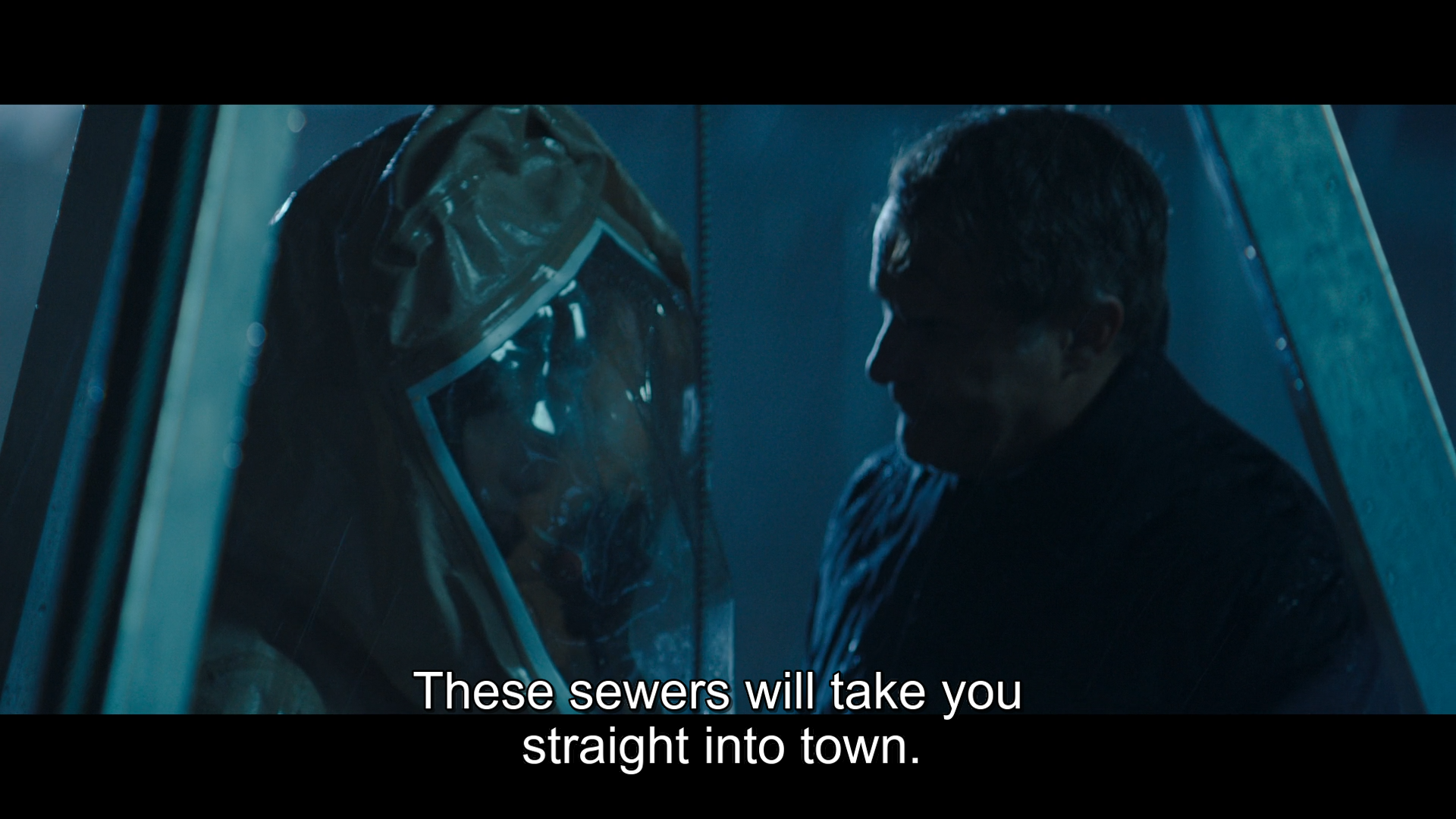 No, he’s not from AIM or HYDRA. He’s just an agent of SWORD whose last name is Franklin. He only looks like a beekeeper in Westview, because apparently everything that enters this fake reality gets altered and assimilated for some reason. 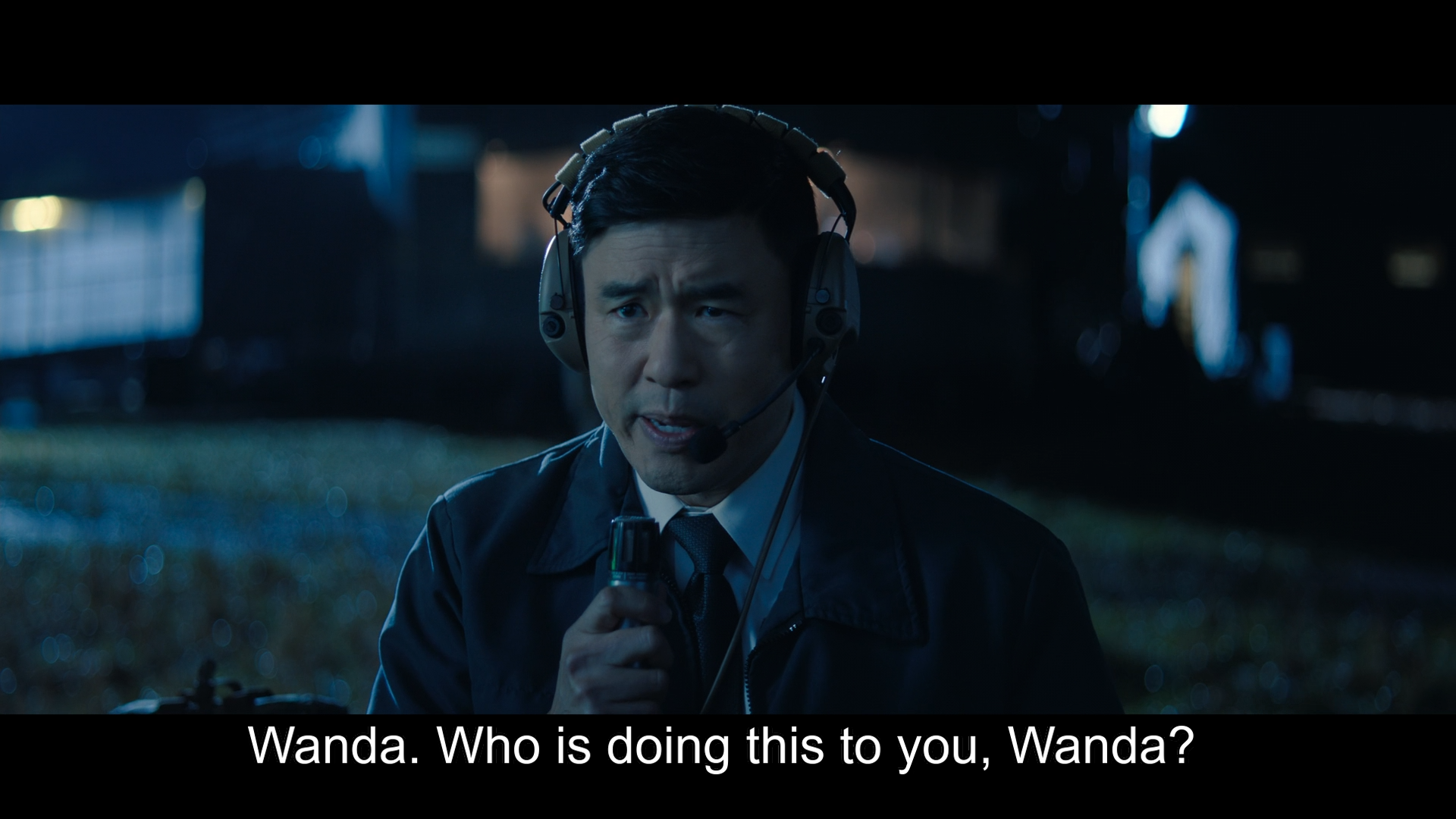 I Might Have An Answer On Why The Map Of Westview Is Hexagon-Shaped; Possible Chthon Connection? 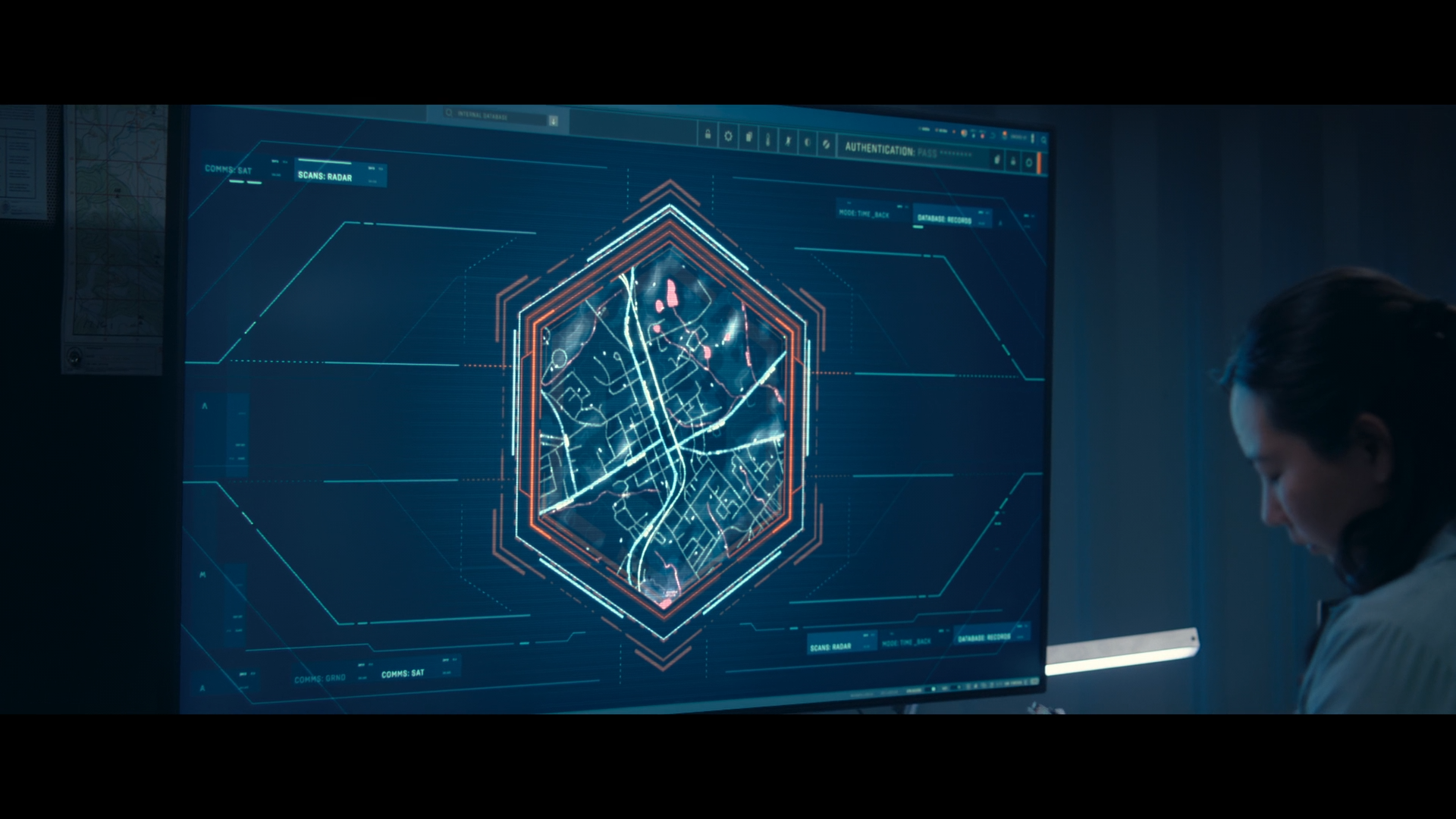 This might seem like a farfetched idea, but maybe the hexagonal shape of the fake Westview’s map is a reference to the fact that in the comics, Wanda’s original powers were described as “hex powers” that could cause random and unlikely events to take place. This was later retconned by writer Kurt Busiek so that Wanda’s powers are now based on “chaos magic” instead due to manipulation from the Marvel villain and demon Chthon.

Maybe Chthon is somehow involved in making Wanda’s powers more powerful in the MCU, especially considering that she’s never previously exhibited this level of power (changing reality) in the MCU. 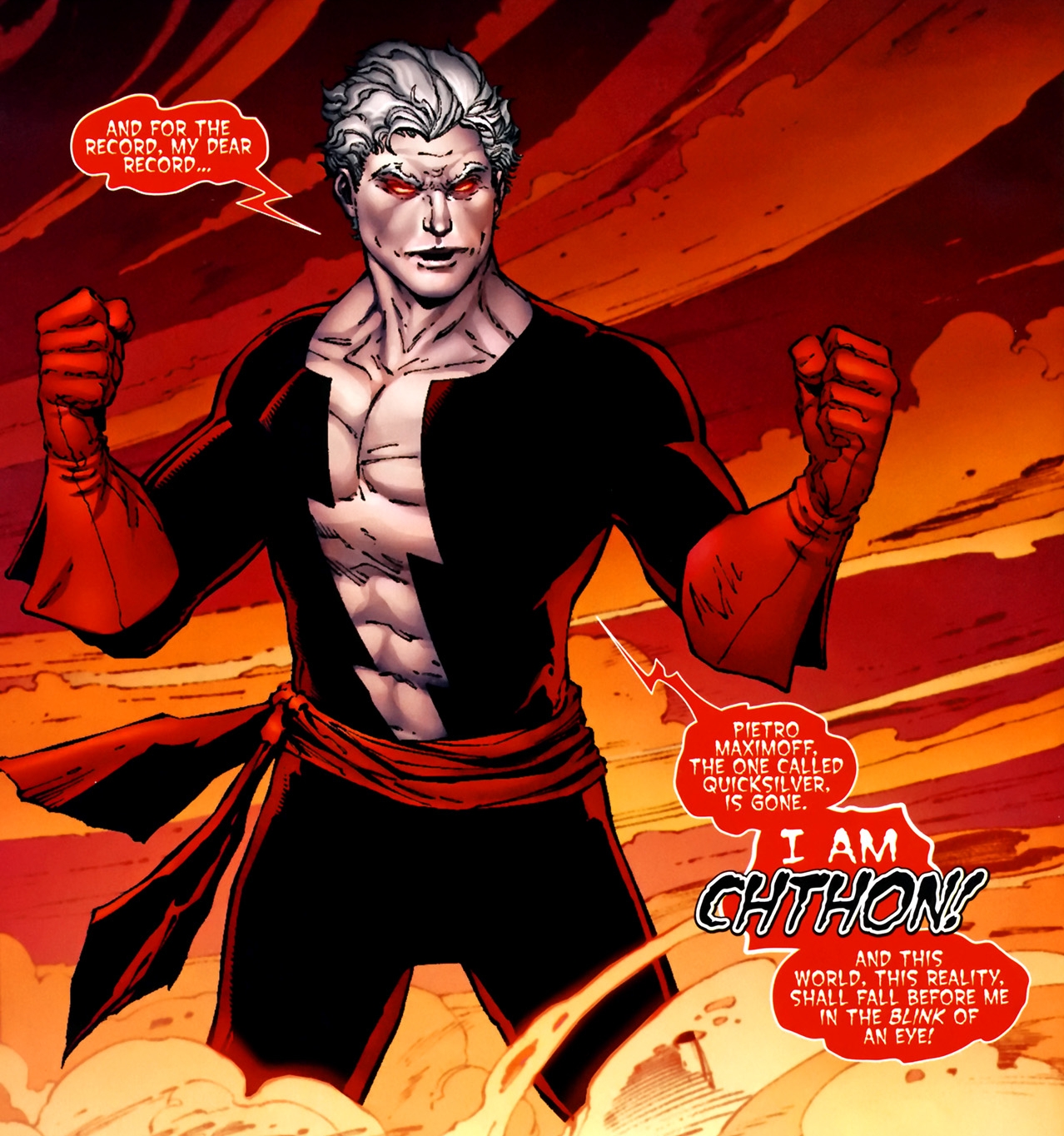 This is the comics version of Chthon.

Also, a mention of Skrulls, as SWORD lists them as one of the possible suspects. 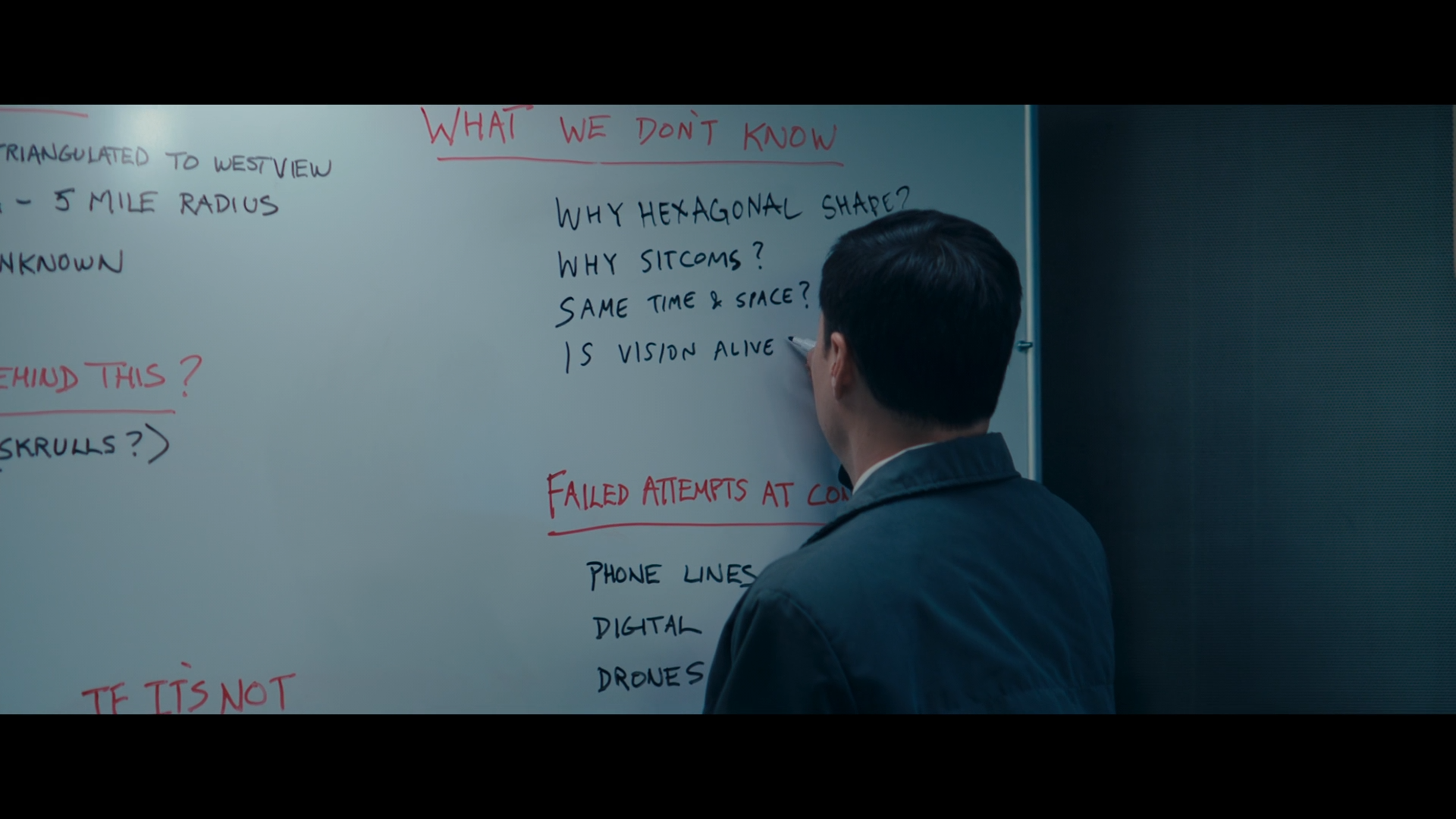 Agnes Has Yet To Be Identified By SWORD, Might Still Be Agatha Harkness 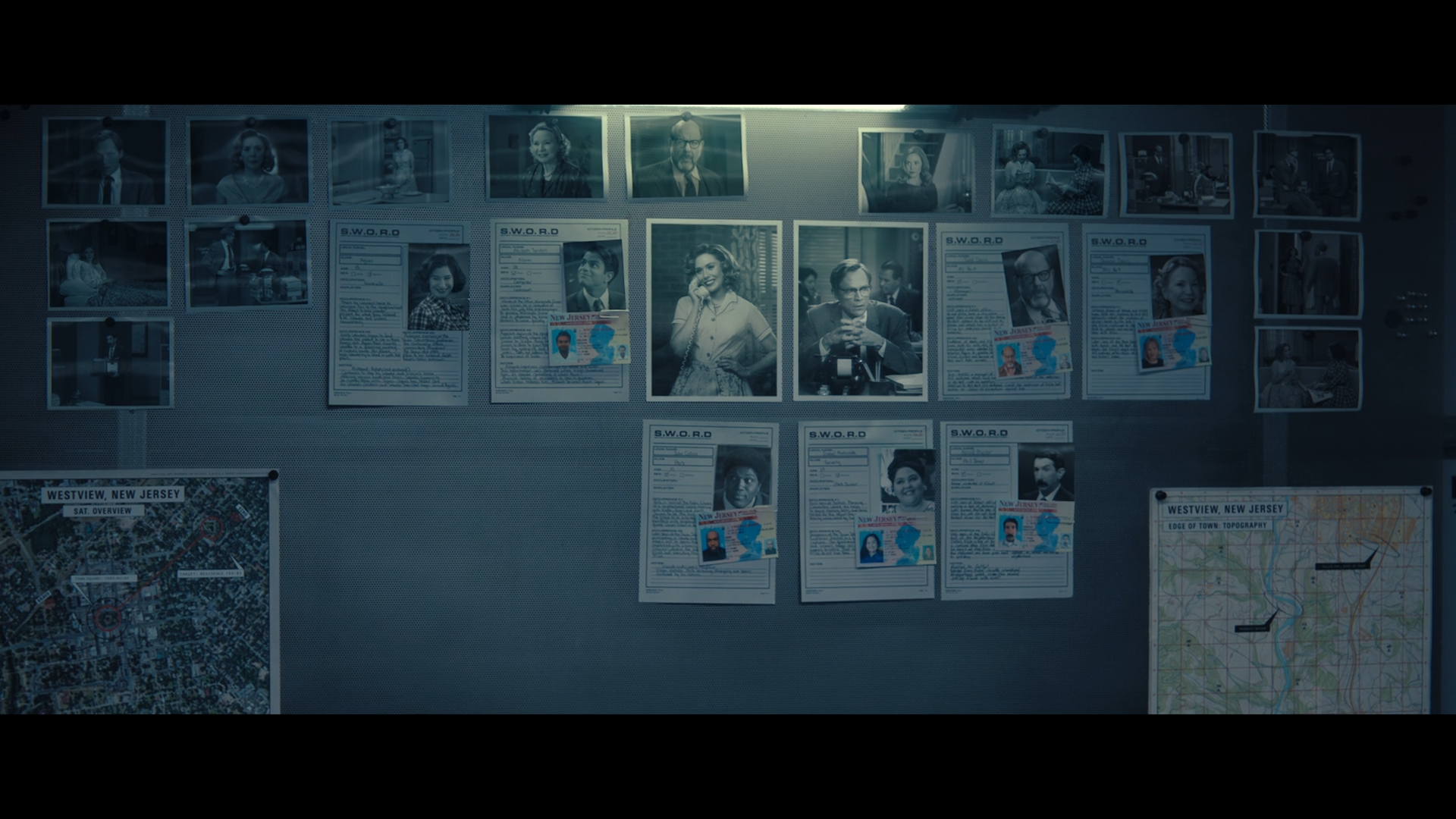 SWORD has identified most of Westview’s inhabitants but mysteriously enough; not Agnes. This lends further credibility that Agnes might turn out to be Agatha Harkness; a prominent magical character in the comics.

In the comics, Agatha Harkness was a magical tutor to Wanda. She was also the one who mind-wiped Wandaâ€™s lost children from her mind, and would later be the one to restore her memory as well, kickstarting the events that eventually led to Avengers Disassembled and House Of M.

Agatha also died at the hands of an unhinged Wanda, so that might very well be the ultimate fate of WandaVisionâ€™s Agnes. That is, if Agnes really does turn out to be Agatha Harkness. 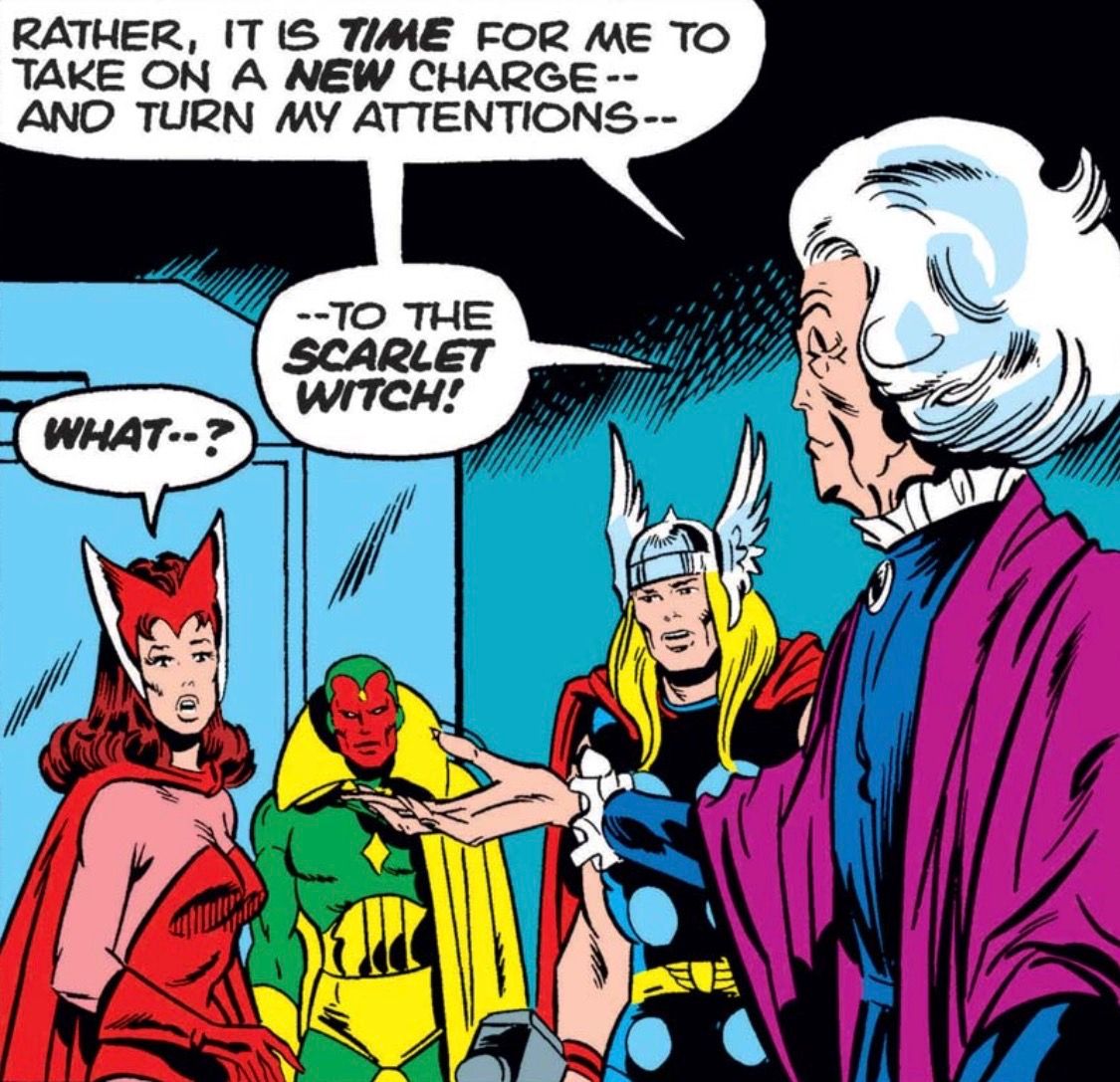 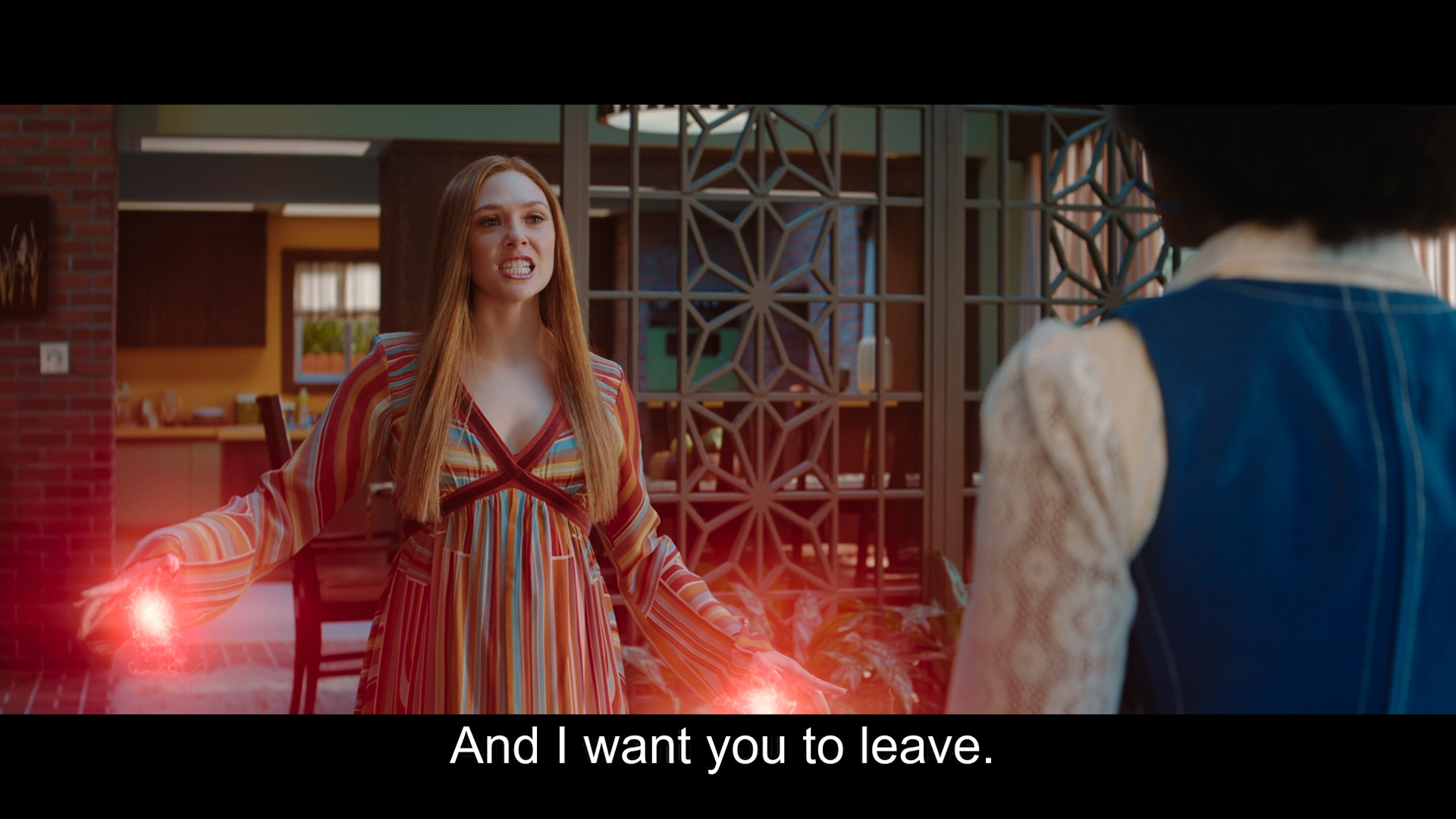 A lot of theories are flying around. Some are saying that Mephisto or some other Marvel villain might be behind the fake reality Wanda is currently in. However, WandaVision Episode 4 dispels that notion, as Wanda is aware of the situation and is the one who directly banishes Monica out of Westview using her powers.

If that’s true, this is very much like House Of M in the comics, when Wanda became mentally unstable and altered reality. I mean, she even says this to Vision when he questioned where Geraldine went. 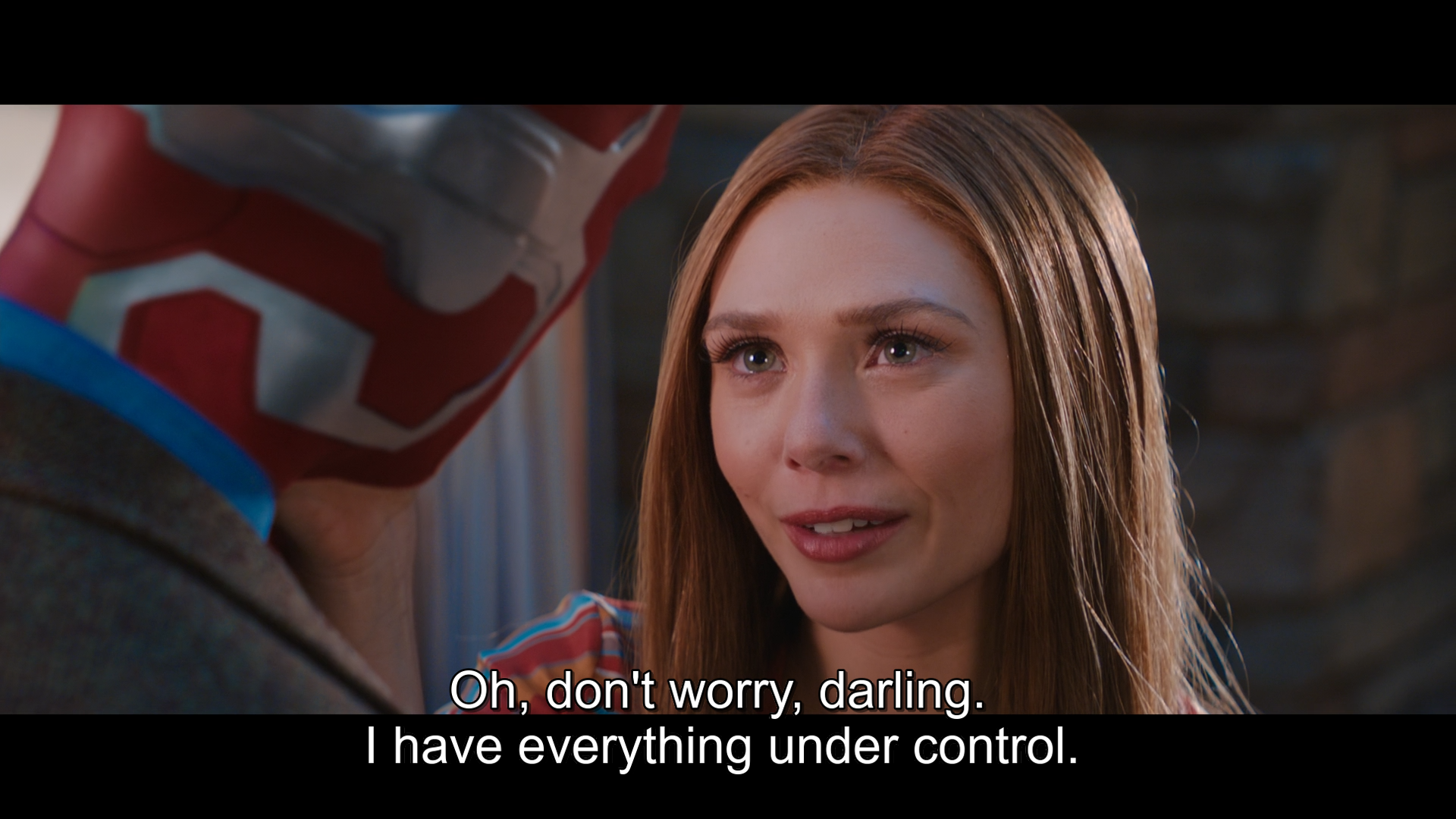 Even Monica pretty much sums it up at the end of the episode. 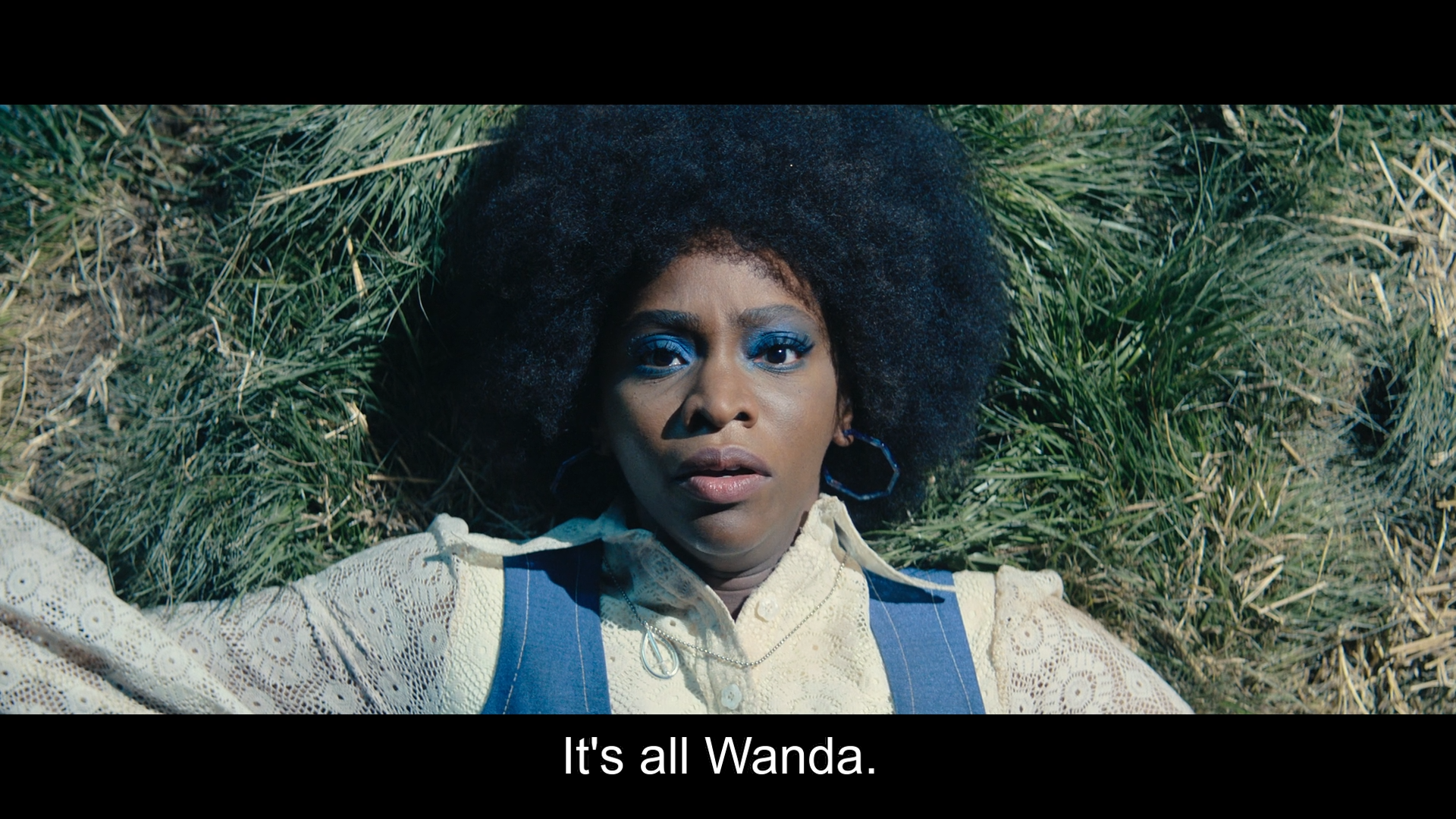 Vision Did Die In Avengers Infinity War And Wanda Revived Him 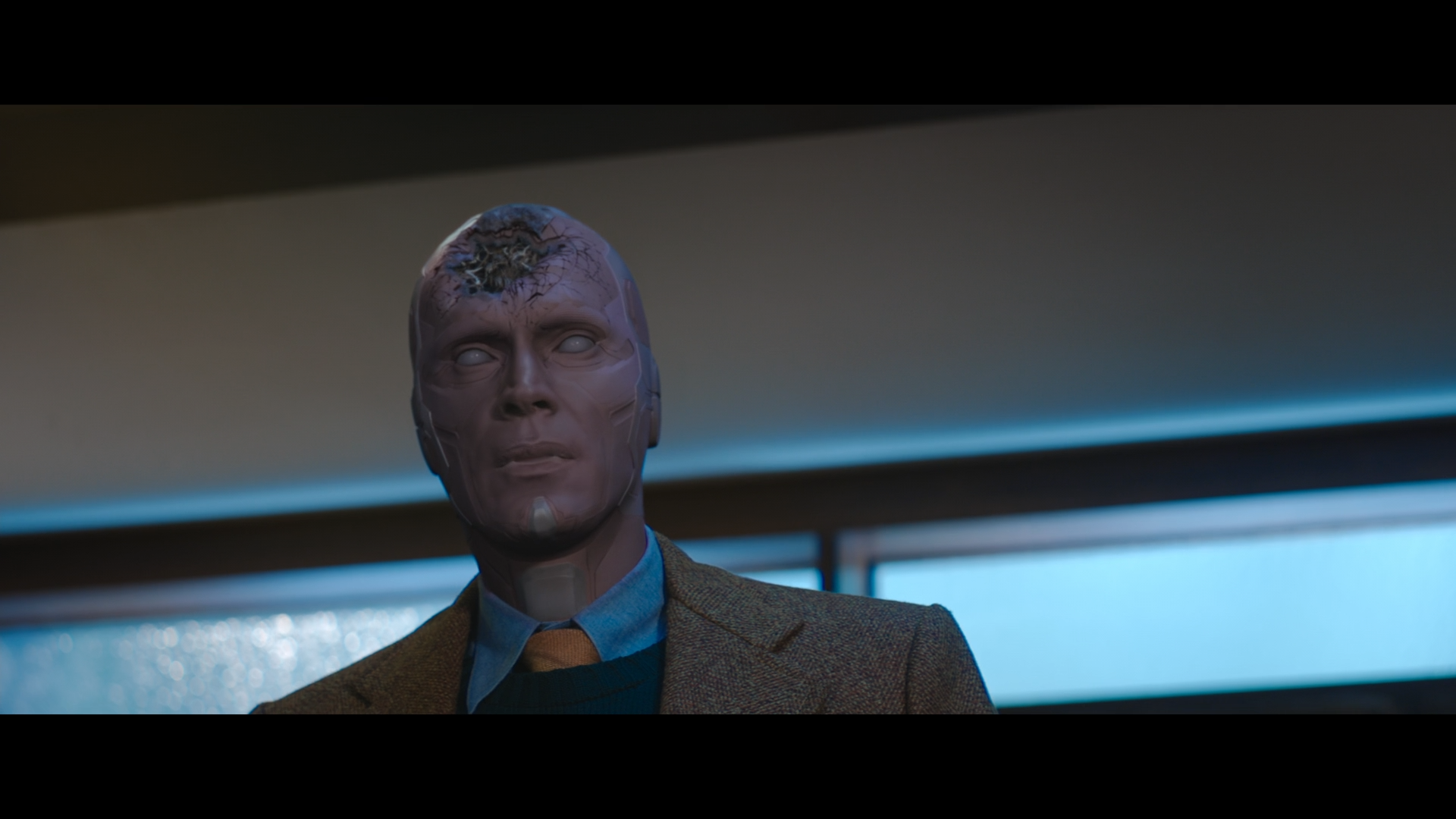 In a brief split second when Wanda is still emotionally unstable after banishing Monica from Westview, we get a glimpse of what might be Vision’s true current visage. This may confirm Vision’s status; that he did indeed die after getting killed by Thanos in Avengers Infinity War and that Wanda brought him back to life.

However, Wanda’s insistence to create and maintain Westview might hide another truth; that perhaps Vision can only stay alive in this fake reality bubble which she created. Does she have that kind of power? Or did she have to make a deal with someone else to bring back Vision’s soul? A certain Mephisto? It’s too early to say since we still have five episodes left to go in WandaVision.

As a conclusion, WandaVision Episode 4 is pretty much a just a look at what happened in the past three episodes from the perspective of the outside (read: real) world and also to re-introduce an adult Monica Rambeau, as well as the return of Jimmy Woo (last seen in 2018’s Ant-Man And The Wasp) and Darcy Lewis (last seen in 2013’s Thor The Dark World).

Superman Red Son is one of the most iconic Elseworlds DC Comics IP of all time. Back in 2003, Mark Millar's seminal comic book miniseries featured an ...

News
A Digimon Strategy RPG Is Slated For July, But...

Monster-breeding game series Digimon is getting a new strategy RPG slated for the middle of 2022, Bandai Namco announced. The publisher said on a n...