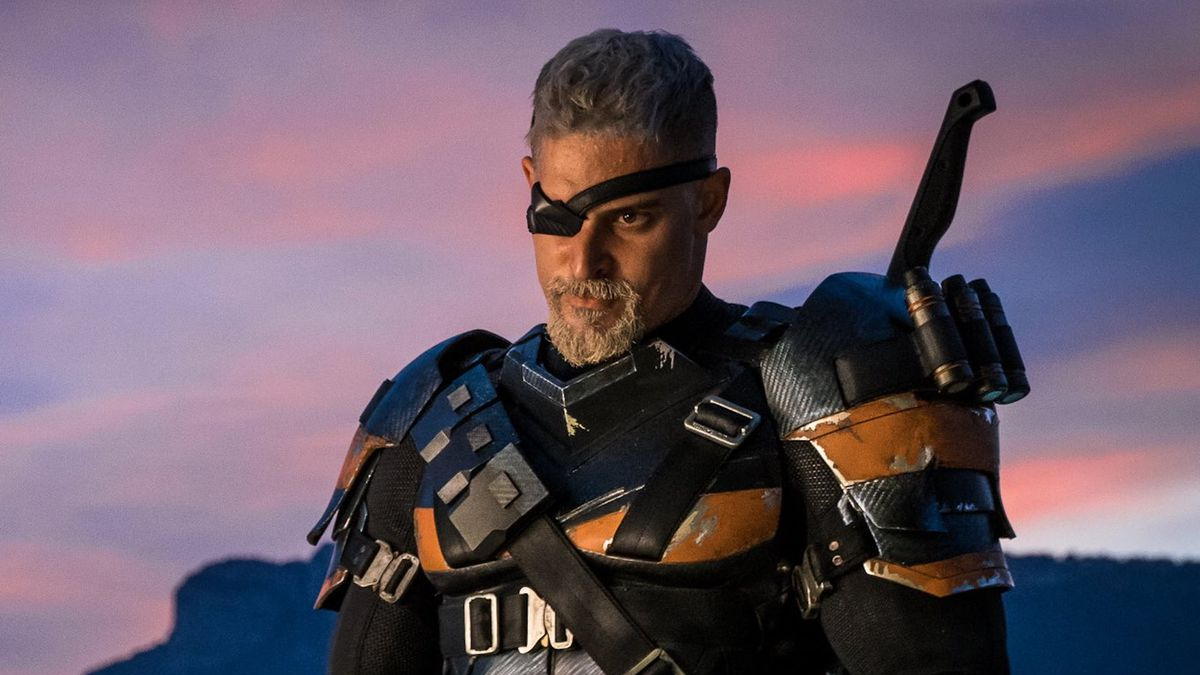 It looks like Zack Snyder’s Justice League may have accidentally used an icon or emblem from the Halo franchise.

It all started whenÂ Twitter user Geoff Reeves visited an exhibition that shows off the costume of Deathstroke (as played by Joe Manganiello) as featured in Zack Snyderâ€™s Justice League. He spotted an emblem on Deathstrokeâ€™s sword, which was presumed to be a reference to Batman villain Raâ€™s Al Ghul and his League Of Shadows.

Checking out @ZackSnyder ‘s #justiceleague display in Dallas & saw this little gem on #Deathstroke ‘s costume worn by @JoeManganiello! The bottom symbol over the shoulder is Ra’s al Ghul! I hope a Deathstroke movie w/ Joe happens. It’s such a Great backstory!#attdesigndistrict pic.twitter.com/zVo1uWzcby

However, Twitter user @TheBatstan later pointed out that the icon on Deathstrokeâ€™s hilt is actually an emblem from the Halo franchise.

So is no one going to point out that that's a symbol from the fucking HALO multiplayer? https://t.co/AatkFUZejV pic.twitter.com/gpAvZnUwJ7

So how did a Halo multiplayer icon wind up in Zack Snyderâ€™s Justice League?

One theory is that someone involved in the costume or weaponâ€™s design did a Google image search for â€œRaâ€™s Al Ghul logo” and the first result is that image.

According to veteran Bungie artist Christopher Barrett, he originally designed that emblem (with the original Adobe Illustrator file to prove it) decades ago:

I still have the original illustrator file pic.twitter.com/0nRieKXHHE

The story of how a Halo emblem came to be associated with Batman’s Raâ€™s al Ghul is even more interesting. A fan-fiction creator may have been responsible, as an author on the fandom-crossover wiki Comic Crossroads used a slightly modified version of that Halo icon to represent the League Of Shadows in an alternative comics universe named Earth-5991. In that universe, a fusion of Marvelâ€™s Daredevil and DCâ€™s Batman, Matt Murdock (not Bruce Wayne) becomes the Dark Knight.