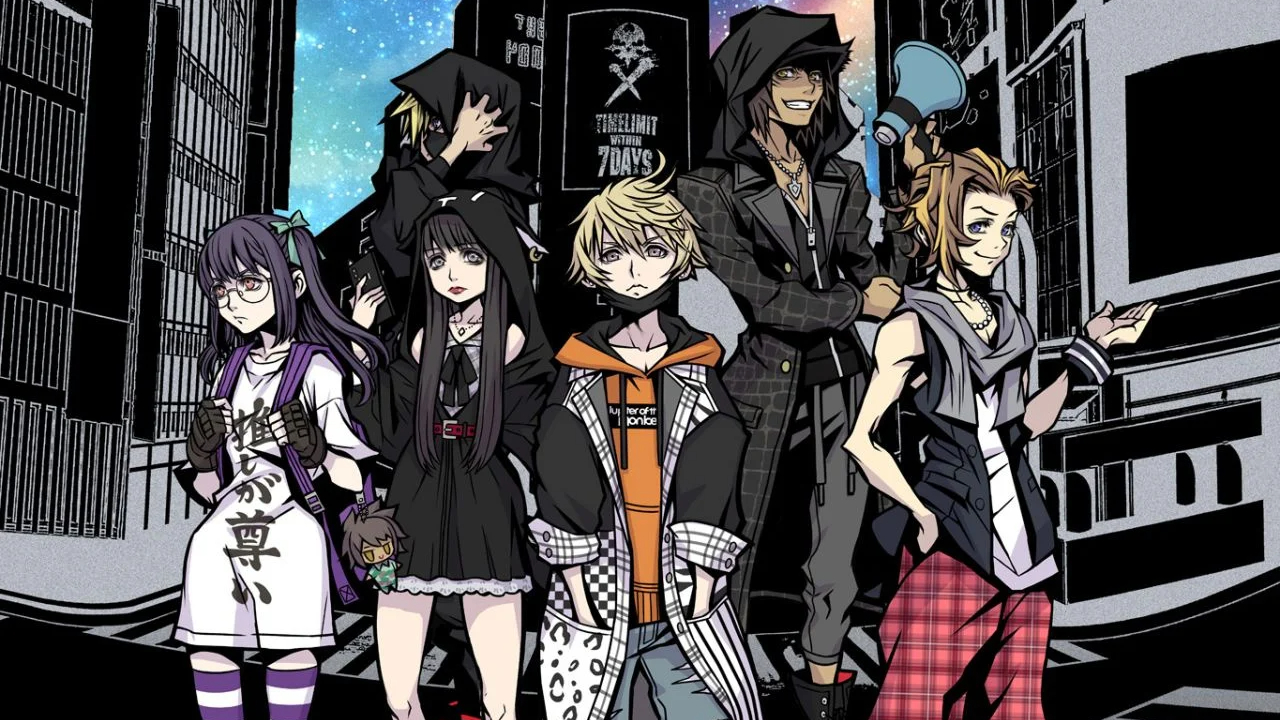 NEO The World Ends With You is a sequel to the classic 2007 Nintendo DS game, The World Ends WIth You. I never did play its predecessor, but the good thing is that you don’t really need to in order to play this game. That’s because, unlike Tetsuya Nomura’s more popular JRPG franchise (coughKingdomHeartscough), this game is actually friendly to newcomers and doesn’t have dozens of spinoffs and sequels.

As an alternative, you could also catch up with the events of the first game by watching the 12-episode anime. Again, you don’t really have to, and truth be told, the narrative isn’t really the highlight of NEO The Worlds Ends With You. While that may be the case, other elements do make up for that.

Two things that distinguish NEO The World Ends With You right off the bat when you boot up the game are the stylish visuals and the catchy music. This game is similar to Persona 5 in that way; as both the aesthetics and music are striking as heck. You’ll probably find yourself bopping to the game’s great soundtrack and lap up its unique art style.

Besides both of those elements, the highlight of NEO The World Ends With YouÂ is the fast-paced and addictive combat. The battle mechanics are unique in that the game’s combat is based on Pins and each Pin’s ability is assigned to a single button that executes an attack or action. There are over 300 different Pins in NEO The World Ends With You, each of which has a different ability attached to it.

In addition to the sheer variety of playstyles afforded by the whopping number of Pins in the game, the combat relies heavily on building up a percentage called Groove by executing Beatdrop combos. Post-battle rewards usually depend on how fast and efficient (least possible damage received) you were in combat, and the key to that is getting all those combos. I loved getting new Pins, experimenting with them, and levelling them up. Some Pins even evolve or mutate when they reach max level.

Speaking of levels, NEO The World Ends With YouÂ features an unconventional levelling system. The stats of your characters don’t increase with levels. Levelling up only increases their HP. To increase stats, you’ll need to equip them with different pieces of clothing that act as gear and feed them with food. As such, the game doesn’t really encourage mindless grinding as it does to allow players to express themselves however they want, which fits the themes of the game.

Another mechanic that lessens the need to mindlessly grind is the ability to change the difficulty and/or lower your levels at any time. Sure, these aren’t available at the start of the game as you need to unlock it through another mechanic called the Social Network (more on this below), but it adds accessibility to the game when other JRPGs often force players to grind. Plus, increasing the difficulty level and decreasing your level by choice even comes with added benefits like receiving better loot in the form of more powerful Pins and better drop rates. The combat is exhilarating and addicting, especially once you’ve gotten your Groove on and gotten used to hitting combo after combo.

Despite that, the attacks in this game do lack weight or heft to them. There’s not much of an impact or punchy feedback/response when you attack enemies and when you’re attacked. What this means is that sometimes you won’t even realise your health already getting too low for comfort when you’ve actually been getting hit by enemy attacks but haven’t been noticing them. As fun as the combat mechanics is, this flaw makes it feel unsatisfying.

NEO The World Ends With You even comes with its own version of the Social Network. No, it’s not Facebook, and no, it’s nothing like Persona‘s social links/confidants. Doing certain story and side quests in NEO The World Ends With You will earn you Friendship Points or FP. As you meet more people, their icons will be unlocked in the Social Network tree, and you’ll spend Friendship Points to unlock special abilities or items.

Some of these abilities and items are game-changing and valuable while others are pretty much useless. However, it is through this Social Network tree that mechanics like the ability to change difficulties and more can be unlocked. The Social Network enters the game pretty early, so you can play with a lot of the game’s mechanics in that way and in a lot of other ways as well.

There’s a reason why I haven’t really mentioned the story in NEO The World Ends With You. You can understand most of what’s happening even without having played the first game, but of course, there are references and easter eggs for those who are. However, that’s not the problem. It’s really just a bunch of people being forced to play a game set in Shibuya, Japan. If you’re familiar with Alice In Borderland or other similar anime/manga, they’re not far off from each other.

The setting of the game feels detrimental as it limits the scope of the game. The entire game takes place in and around Shibuya, which is itself only a small area inside of Tokyo. After hours of exploring the same few sections of Shibuya, the thrill of discovery withers away. You could argue that other games like Persona 5 are also set in Tokyo, but they don’t feel as restrictive as the setting of Shibuya in this game.

Still, kudos to the development team for bringing a stylish version of Shibuya to life in NEO The World Ends With You. It just gets old really fast, and soon, all that sustains you is the game’s combat and music. Even the stylish visuals lose their spark and lustre after a while. Trust me, this is a long game, just as other JRPGs often are, so there’s actually no surprise there. You’ll require close to 50 hours to complete the game; maybe less if you play on easier difficulties and don’t go exploring much.

Overall, if you’re looking for a good JRPG to sink your free time and hours into, Neo The World Ends With You is definitely a good choice. There’s nothing completely groundbreaking or innovative about the game, but the stylish visuals, music and gameplay will leave you dropping a beat.