The eleventh episode of Star Wars Andor is now streaming on Disney+ Hotstar Malaysia. I’ll be discussing heavy spoilers so if you haven’t seen it or want to avoid spoilers, now’s your chance to stop reading. 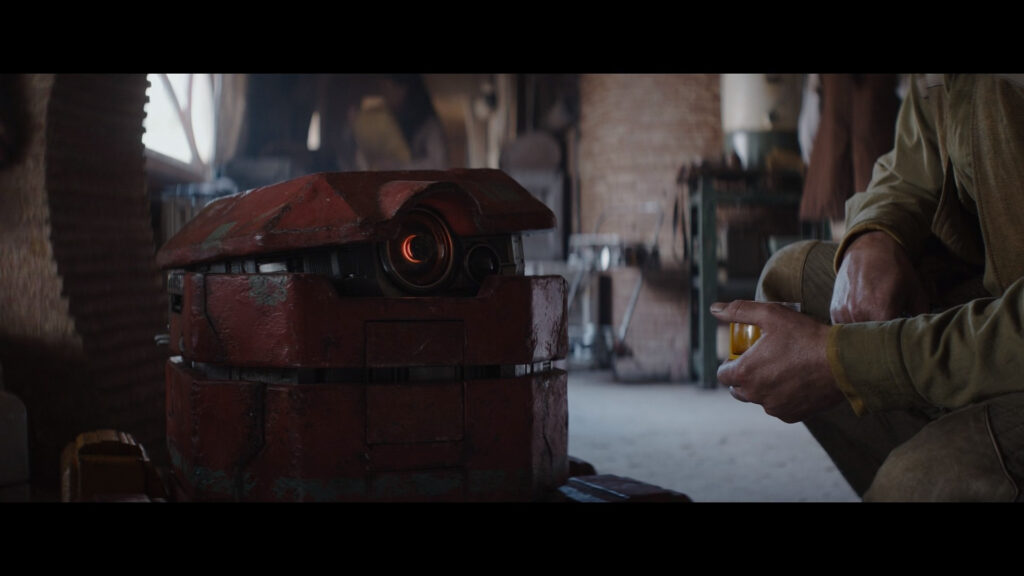 This episode opens with the bombshell that Maarva (Cassian Andor’s foster mother of sorts) has died and that her droid, B2EMO, is grieving over her death. 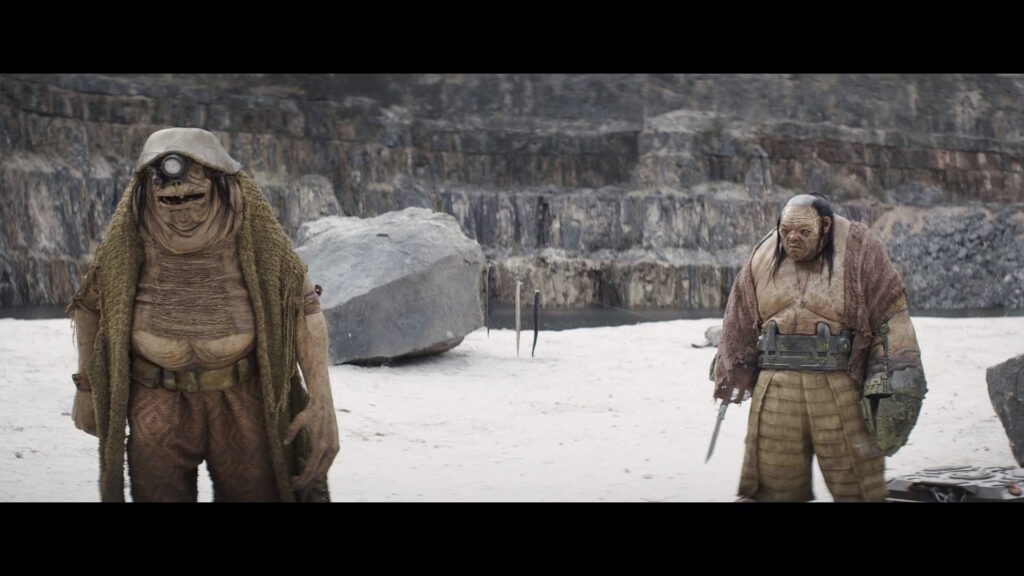 Our first look at the native alien species of Narkina 5. 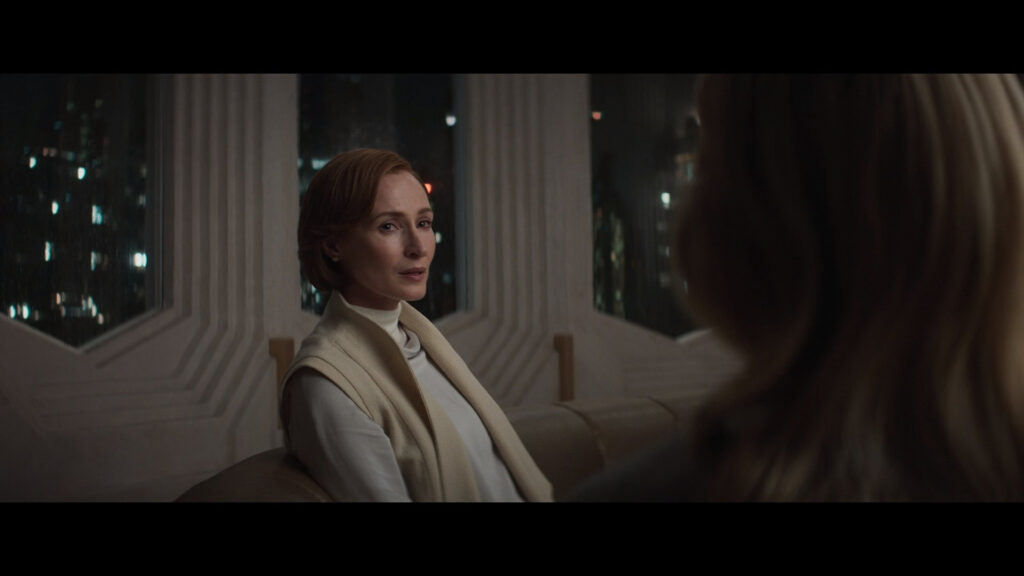 Mon Mothma reveals that she’s been funding Luthen and his Rebel cell with a whopping 100,000 credits every month but that it’s been harder lately because of inspection by Imperials.

However, after the events of the Aldhani heist, her bank account has been frozen and 400,000 credits are missing. 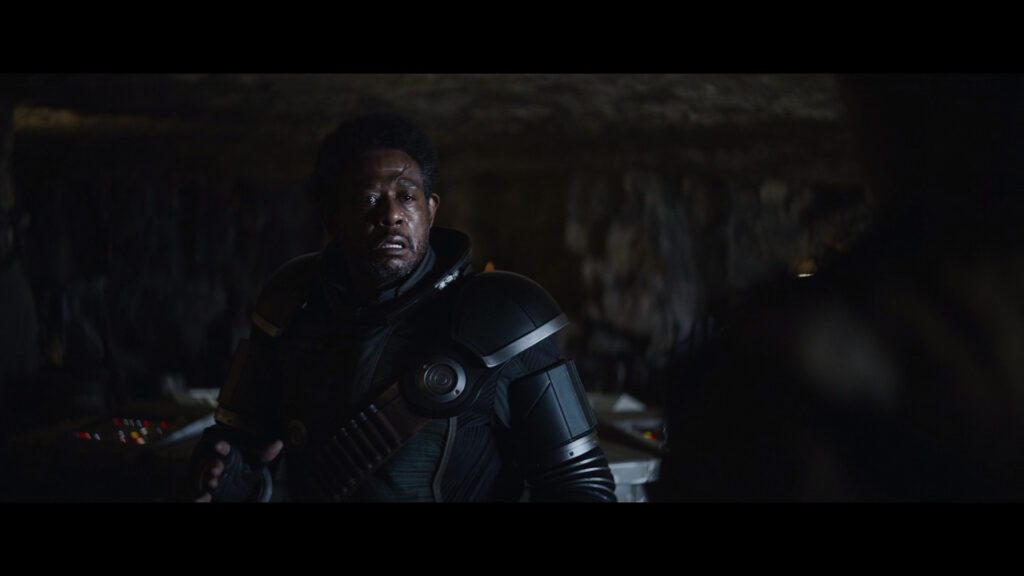 The various Rebel cells are planning a new attack led by Anton Kreegyr and his 30 rebels, but Luthen doesn’t want Saw Gerrera to join because he wants to sacrifice Anton and his men in order to protect his own inside man in the Imperial Security Bureau (ISB). 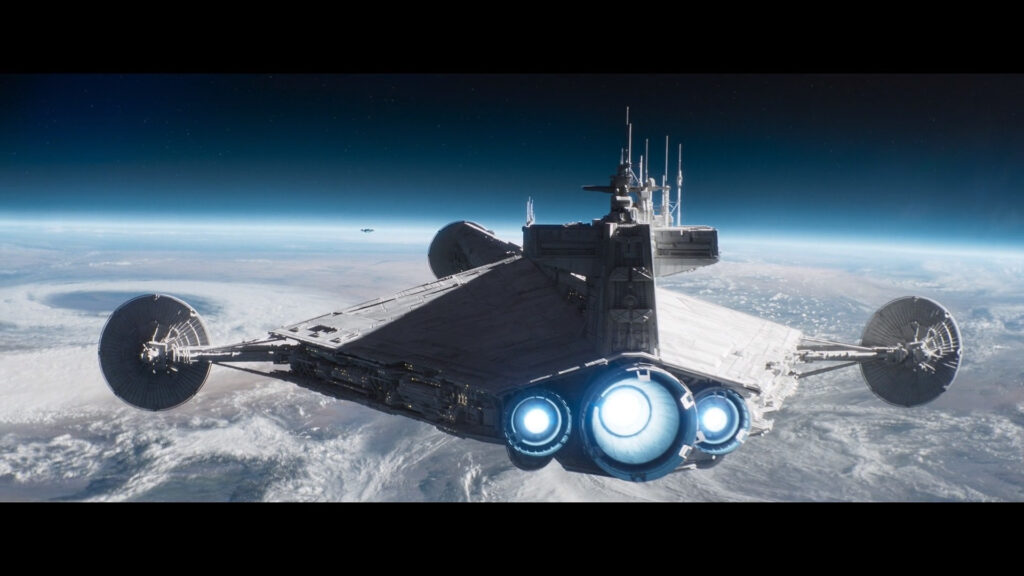 The Imperial Cantwell-class Arrestor Cruiser has only appeared once before and that’s in an Imperial recruitment propaganda film in 2018’s Solo A Star Wars Story.

Ending On A Sunset Scene 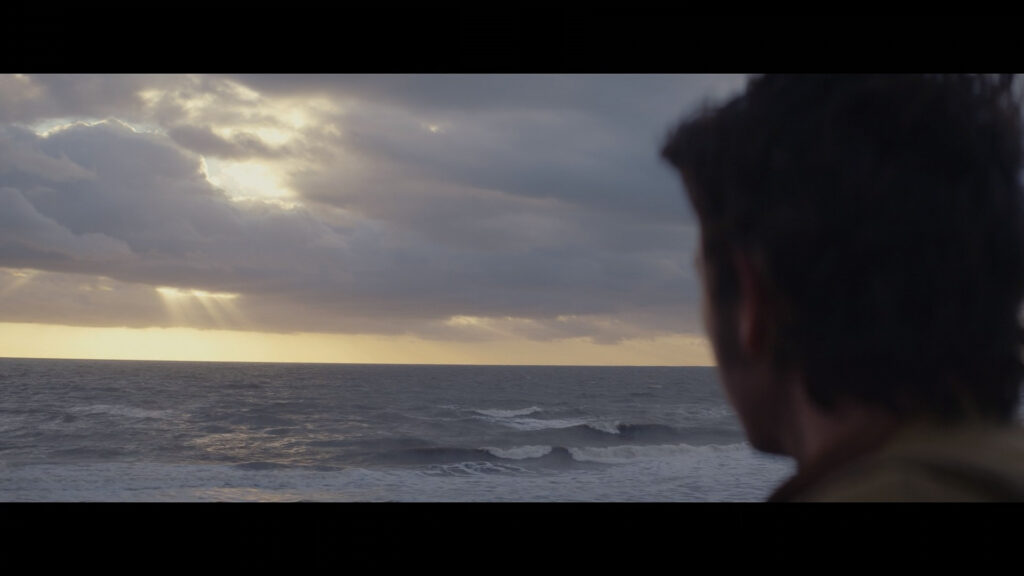 Sunset scenes have always been iconic scenes in the Star Wars franchise. Andor Episode 11 ends with a sunset as Andor learns of his mother’s death. He even says to Xan (who is on Ferrix) that “she’d be proud of me”.

This mirrors the ending of 2016’s Rogue One A Star Wars Story, when Andor told Jyn Erso that her father would be proud of her, which also happened in a sunset scene.

Only one episode left and it’s the Andor Season 1 finale next week. Until then, excelsior!

Before we start, check out the latest Disney's Aladdin teaser: https://www.youtube.com/watch?v=7hHECMVOq7g I do have a few questions: Why does Jaf...

News
Monster Hunter Rise Gets A PC Port In Early 2022

It's only a matter of time until the next big Monster Hunter game gets a PC port. And TGS 2021's a good time as any to announce it. Capcom just ann...